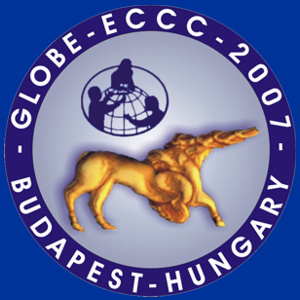 The opening ceremony was followed by a number of interactive presentations including updates from the GLOBE Program Office and GLOBE's new ESSPs: Seasons and Biomes presented by Ms. Birgit Rademacher who had just returned from the first Seasons and Biomes Workshop in Alaska, From Local to Extreme Environments (FLEXE) presented by Dr. Jana Albrechtova, and Watershed Dynamics presented by Mr. Randolph. In addition, Mr. Karl Hetland presented, The International Polar Year and GLOBE.

Conference documents and presentations are available on this web page.

The Conference ended with an exciting presentation of Hungarian culture, including live folk music and folk dance and Palot�s Dance (including Ms. Orgov�nyi) and a guided tour of the 1,010 year old Pannonhalma Benedictine Abbey, perhaps the oldest school involved in GLOBE! A teacher from the Benedictine Secondary Grammar School, Father Henrik, and two of his students presented their GLOBE meteorological observation site. Father Henrik and several of his GLOBE returned to attend GLOBE Games in the Czech Republic in early May.

Organizers and sponsors of the conference included the Hungarian Ministries of Education and the Environment, the Hungarian Meteorological Society, the GLOBE Program Office, GLOBE Europe, the U.S. Embassy in Budapest, the U.S. Embassy in Copenhagen, the Benedictine Abbey and Secondary Grammar School in Pannonhalma, GLOBE Hungary's expert team, and GLOBE Alumni who are now current students of ELTE University in Budapest.

The next GLOBE Europe regional meeting will be in Barcelona, Spain, in 2008.

For more information on GLOBE in Europe please see the GLOBE Europe Website.