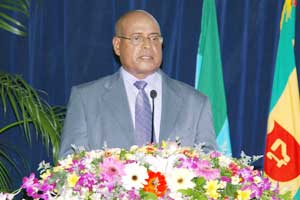 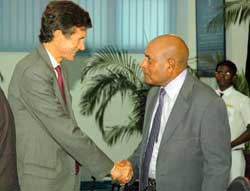 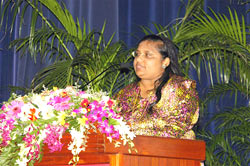 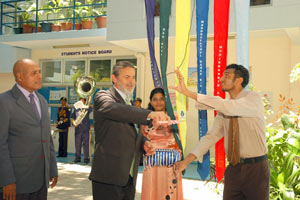 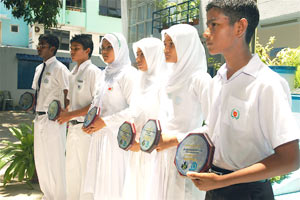 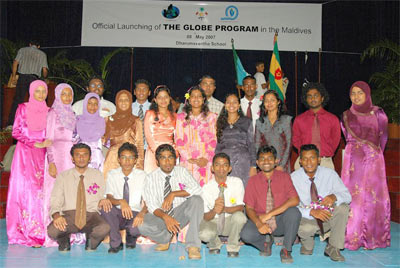 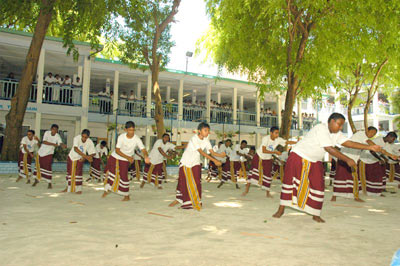 Students join in the celebration 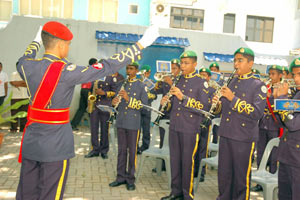 On 8 May 2007, in Malé, Maldives, United States Ambassador to the Maldives Mr. Richard Blake and Deputy Assistant Secretary of State for South Asia Mr. Richard Boucher, along with Mr. Ahmed Abdulla, Minister of Environment, Energy and Water, and Ms. Zahiya Zareer, Minister of Education, and the Deputy Ministers of both programs, held an official celebration to recognize the Maldives' implementation of the GLOBE Program. The Maldives became the 105th country to adopt the GLOBE program on 8 December 2003, when Mr. Abdul Azeez Yoosuf, former Maldivian Deputy Minister for Home Affairs and Environment, and Mr. Jeffrey Lunstead, former U.S. Ambassador for Maldives and Sri Lanka, signed the GLOBE Agreement.

The ceremony opened with the release of balloons representing new schools that have joined the GLOBE Program. Lending to the festive nature of the event, students provided a cultural program. In attendance, along with members of the National Commission for the Protection of the Environment, were students, teachers and Principals from all the Secondary Schools of Malé. Media and other government officials also attended.

Students and teachers representing all six GLOBE Schools of Maldives were honored guests and received mementos of participation in the GLOBE Program from Mr. Richard Boucher. An informative presentation on the overview of the GLOBE Program was also presented by two students of Dharumavantha School, which hosted the event along with the Environment Research Centre and the Ministry of Education. Maldivian students are now united with hundreds of thousands of primary and secondary school students around the world who are working in partnership with scientists to collect important data for research about Earth's environment.

Mr. Ahmed Saleem, of the Environment Research Centre and GLOBE Maldives Country Coordinator, and four colleagues are attending the Asia and Pacific GLOBE Regional Consortium Meeting and Train-the-Trainer Workshop being held in the Philippines, 16-26 May 2007. We know that Mr. Saleem and his colleagues will return to their country inspired to bring the GLOBE Program to more schools in the Maldives. The GLOBE Program Office enthusiastically commends their efforts and those of the many teachers, students, scientists and community members in the Maldives working together to implement GLOBE.