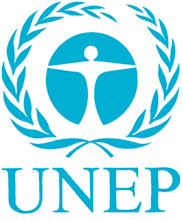 In 2006, a tree-planting campaign was spearheaded by GLOBE collaborating organization the United Nations Environment Programme (UNEP), along with the World Agroforestry Centre (ICRAF), as one response to the threat of global warming. The goal of the Billion Tree Campaign was to see a billion new trees put in the ground. To date, the initiative -which is under the patronage of Nobel Peace Prize Laureate and Kenyan Green Belt Movement founder Professor Wangari Maathai and Prince Albert II of Monaco- has catalyzed tree planting in more than 150 countries. The campaign has succeeded far beyond all expectations with milions of people responding to plant two billion trees within the first 18 months of the campaign.

According to Achim Steiner, UN Under-Secretary-General and UNEP Executive Director, "Having exceeded every target that has been set for the campaign, we are now calling on individuals, communities, business and industry, civil society organizations and governments to evolve this initiative onto a new and even higher level by the crucial U.N. Climate Change Conference in Copenhagen, Denmark, December 2009." The goal of the campaign has increased seven-fold; the Billion Tree Campaign is now the 7 Billion Tree Campaign! According to the World Population Clock of the U.S. Census Bureau, the world population is rapidly approaching 7 billion. The aim of the campaign is an ambitious one tree per person on Earth. 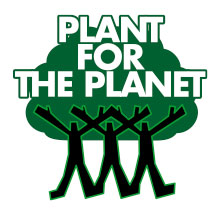 The Billion Tree Campaign has become a practical expression of private and public concern over global climate change and serves as another example of what the GLOBE community can do to address the climate change issue. GLOBE students around the world have already become active tree planters. (See GLOBE stars on projects in Niger, Finland, Bangladesh, and India, to name a few). Trees absorb carbon dioxide (CO2) during phortosynthesis and are important carbon sinks. In fact, it's estimated that the world's forests store 50 percent more carbon (stored in forest biomass, deadwood, litter and soil) than the carbon in the atmosphere. Deforestation, in turn, accounts for over 20 percent of the carbon dioxide humans generate, rivaling emissions from other sources.

In the words of the campaign's founder, Prof. Maathai, "when we plant trees, we plant the seeds of peace and seeds of hope." Visit the Billion Tree Campaign Web site for information about pledges, plantings and news updates for this remarkable worldwide campaign.