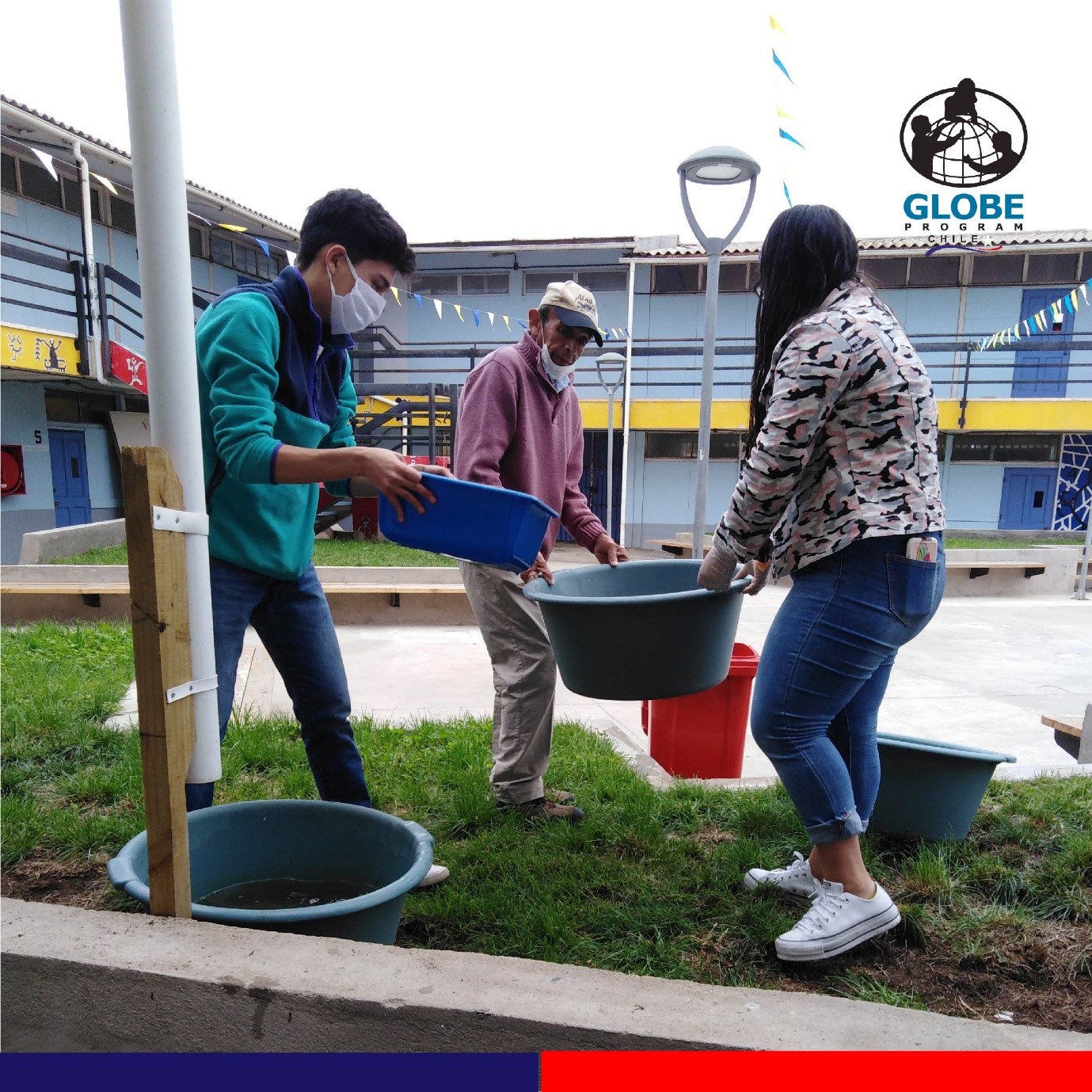 In early 2019, students in a chemistry class at the Nicolas F. Lohose Vargas High School engaged in a debate on the problem of water shortages affecting the region; shortages that resulted in a catastrophic lack of irrigation for orchards and in animal mortality due to lack of forage. “This was especially the case in the rural area of Pupio, el Manzano, Los Muños, Infiernillo, Los Cóndores, Pangalillo, El Tejar, Los Maquis, Ajial, which is home to some of the students,” Raul Perez, Country Coordinator of Globe Chile, said.

“These students are very affected by this phenomenon,” Perez said, adding that “there is not enough water for human, vegetable, and animal consumption, and the collateral effects derived from said situation, especially in the field of health and the economy.”

As a result of this debate, GLOBE teacher Verónica Espinoza, along with the leadership assistance of students Aranxa G., and Martin L, and other members of the educational community, the school research project “Every Drop Counts” began. The effort consisted of harvesting water collected from the roofs of the school, El Manzano, in the Los Vilos commune (Guanguali). 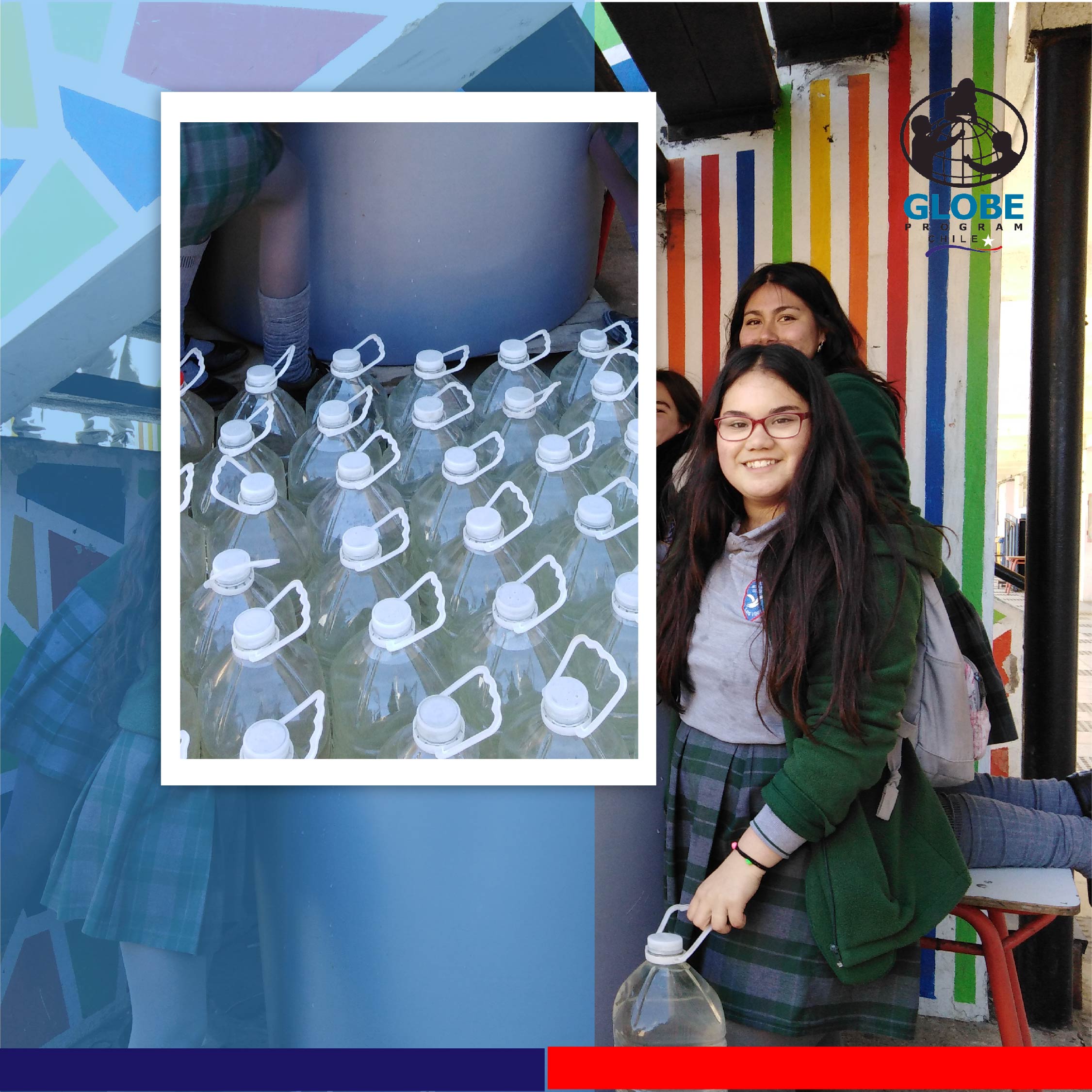 Aranxa G., in the process of bottling water to deliver to "El Manzano" School.

“Since the beginning of the actions in May 2019, Aranxa and Martín and their collaborators have persisted to this day in this effort, resilient despite the adversities inherent to the health emergency caused by the ongoing pandemic,” Perez said. “Along with the harvesting of water, records are made on some parameters, including the chemicals in the water, the volumes of water collected, and measurements of atmospheric indicators are processed for the study of the associated phenomenon – all under GLOBE atmospheric research protocols and specific elements of weather typical of the area, which we hope to know in detail for the GLOBE International Virtual Science Symposia in 2021.”

With regard to this “water harvesting,” Professor Verónica Espinoza said, “The GLOBE Program is an effective contributor to the development of citizen science and represents an important opportunity for the development of the curricular process considered in the national standards for science teaching in our country. This program favors a phenomenological approach, which in our case is atmospheric water, making the learning of science an active and participatory process.”

“The GLOBE CHILE Program congratulates the members of the educational community of the Nicolas Lohose de los Vilos High School, and urges them to continue with this initiative – to continue promoting it as a replicable experience and learning instance in citizen science and scientific literacy that has a high potential for application that will contribute to an improvement in the quality of life of people,” Country Coordinator Perez said.

Perez said that this “water harvesting” is important “because the relationship between science and everyday life is revealed within it, and the teaching-learning process is strengthened in terms of application, understanding, and knowledge. Being able to participate in a project like this, integrating science and the environment, which is transversal with other areas, presents us with the natural world; it is a unique experience of first-rate scientific quality that allows us to build milestones for a sustainable world.”

Perez said that this project is important to GLOBE “because, like all experiences, GLOBE promotes an interaction between scientists and students, elementary and high school in this case, which complies with favoring the development of scientific competences in its participants, and collects information on climate change. In this particular case, there is a strong connotation of citizen science and an emotional factor in the genesis of the project that is based on a feeling of solidarity among colleagues.”

“Second, it should be considered that the experiences in question contribute significantly to a detailed development of measurement techniques, the associated skills for teamwork and project development. Additionally, the contextualization of the actions in the problems of the immediate environment of the students brings us closer to a meaningful and comprehensive learning in the Ausbelian style,” Perez said.

“Third, the interaction between schools and university scientists is a contribution in terms of the sustainability of the program in the face of the training deficiencies of our teachers in the school system. The integration of internal and external collaborators of the educational community provide an added pedagogical value to the teaching-learning processes considered, in which inquiry strategies and STEAM methodology are combined, which is revealed in this project.” 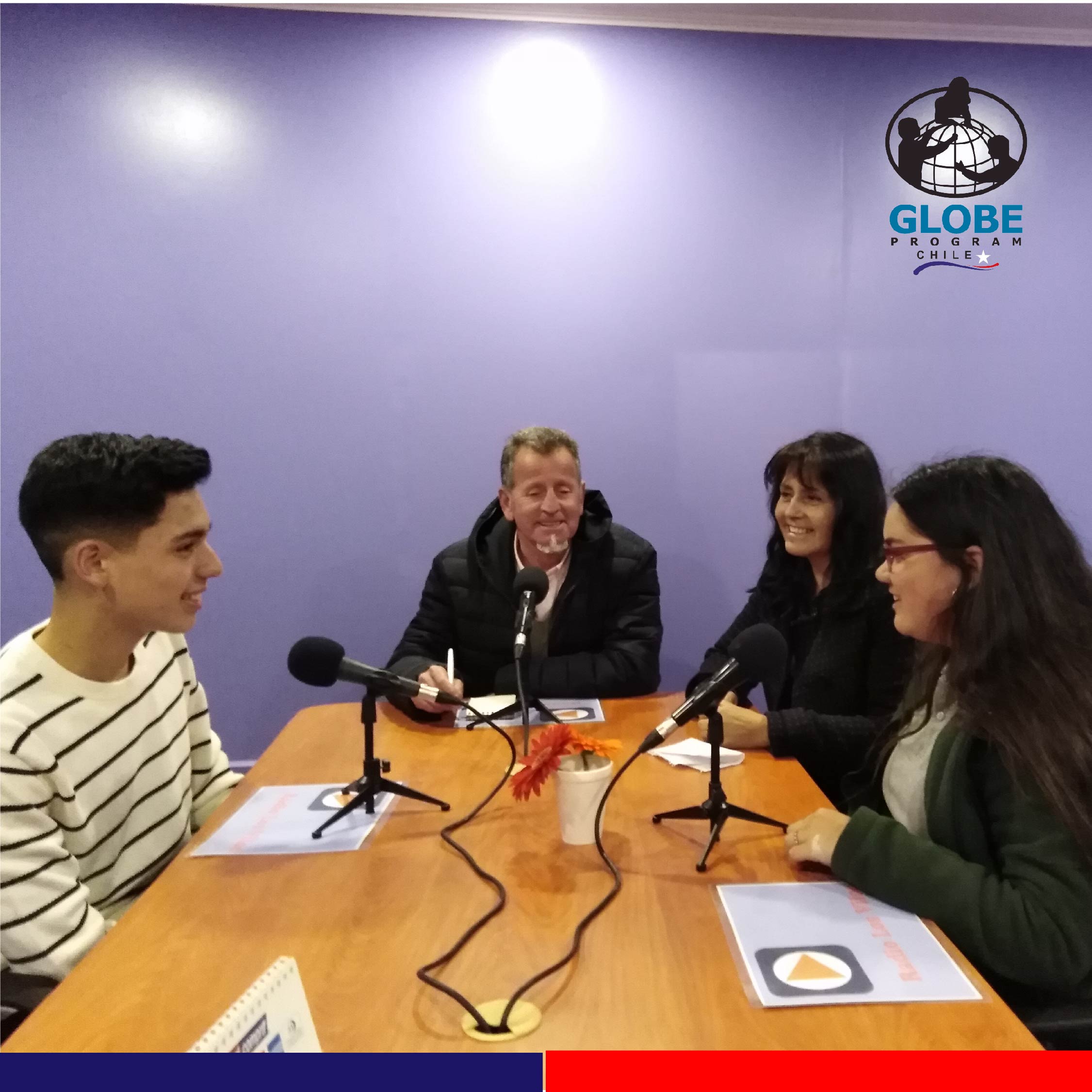 From left to right:  Martín L., a journalist from los vilos' radio, Professor Verónica Espinoza, and Aranxa G. in an interview on the “Every Drop Counts” project.

This Star Story was submitted by Raul Perez, Country Coordinator of Globe Chile.