Pakistan joined the GLOBE Program on 18 November 1997, when U.S. Secretary of State Madeline Albright, and Pakistani Minister for Foreign Affairs Mr. Gohar Ayub Khan, signed the 62nd GLOBE bilateral agreement in Islamabad. Since that time, GLOBE activities have become an integral part of the educational objectives of the country. 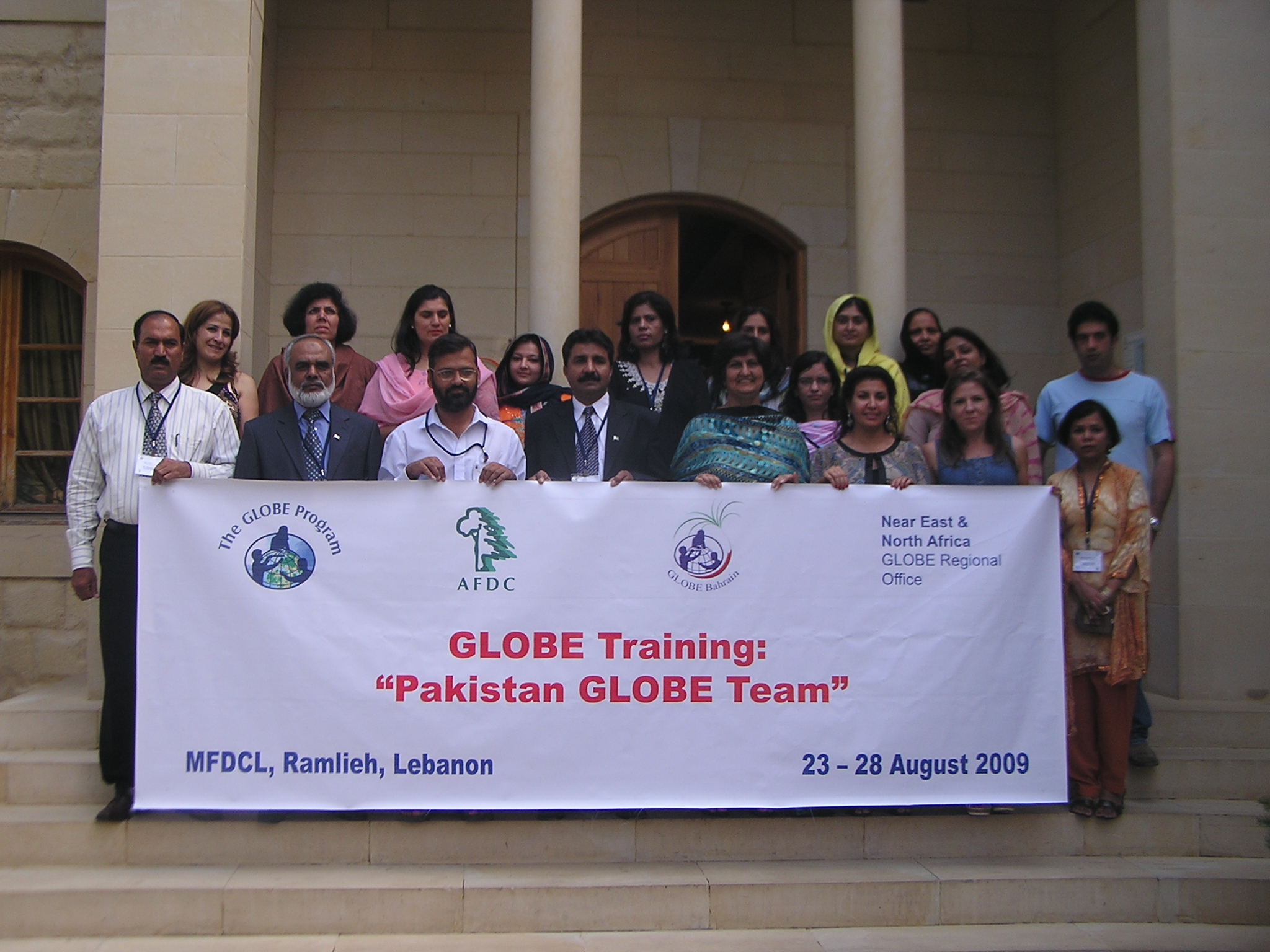 On 20 January 2009, Mr. Jawed Ali Khan was re-appointed as the country coordinator to represent GLOBE within the Pakistani Ministry of Environment. Since his appointment, Mr. Ali Khan has been instrumental in facilitating Pakistan's participation in GLOBE activities, including the 2009 GLOBE Ocean for Life Project, and he is actively engaged in facilitating GLOBE in Pakistan. Mr. Saeed Ahmad, Deputy Secretary in the Ministry of Environment, was appointed to assist Mr. Ali Khan with GLOBE implementation in July 2009 and now serves as the Deputy Country Coordinator for GLOBE in Pakistan. Together, they have placed GLOBE implementation as a priority for the teachers and students in Pakistan. According to Mr. Saeed Ahmad, "The government of Pakistan is very much concerned about environmental degradation in Pakistan. The GLOBE Program provides us with a scientific and technical platform to provide training to teachers and students which will increase environmental knowledge and minimize environmental degradation in the country. In recognition of the significance of our natural environment, we declared 2009 as the ‘Year of Environment' in Pakistan and GLOBE is playing an important role in our activities. During 2009, we have organized many activities to raise environmental awareness among the masses about national environmental policy, national sanitation policy, national drinking water policy, national drinking water quality standards, and the Pakistan Wetlands Program, which is a mega-project covering the entire country. Specifically, we are trying to mobilize and sensitize our children, the policymakers of the future, about the importance of the Pakistan Wetlands Program and have combined this effort with GLOBE."

To assist in this effort, the U.S. Department of State provided Science and Technology funding to build a strong GLOBE training team in Pakistan and to provide a significant amount of GLOBE equipment and educational resources for Pakistani GLOBE schools. As a result of this funding, a large scale GLOBE professional development event took place at the Mediterranean Forest Development and Conservation Center (AFDC) at Ramlieh-Aley, Lebanon, on 23-28 August 2009. This special training event, held specifically to build a strong Pakistani GLOBE training delegation, was hosted by the GLOBE Program Regional Office housed at AFDC, and led by Regional GLOBE Master Trainers from Lebanon and Bahrain. 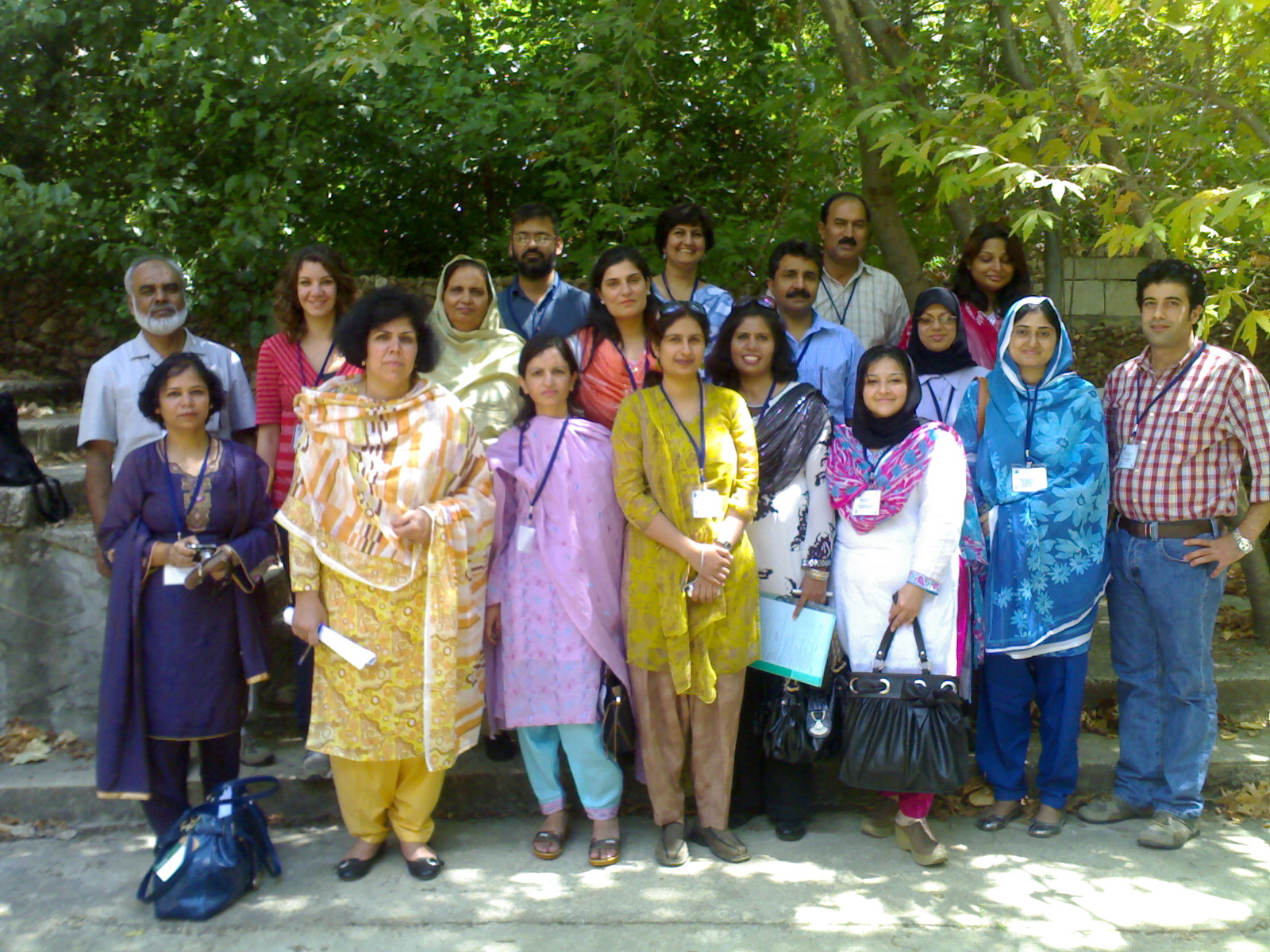 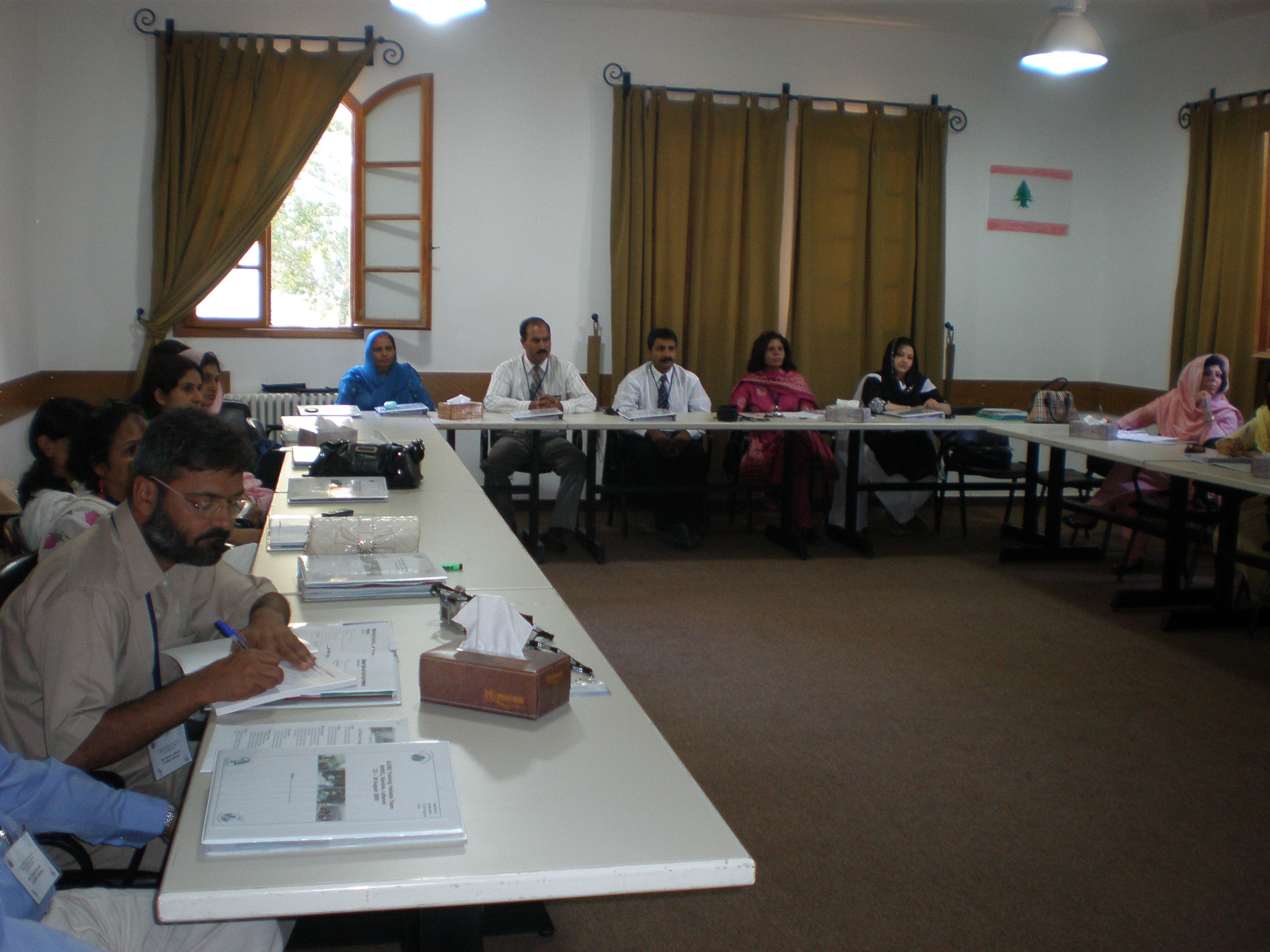 Discussions highlighted the importance of noting age-appropriateness of each activity and interdisciplinary applications that could be integrated into the K-12 school system in Pakistan through GLOBE implementation. According to Mr. Ahmad, "Participants were keen about the start-up session and it was noted that GLOBE objectives are beyond the aims of imparting training on environmental education. Rather it is an opportunity to interact scientifically as well as socially with scientists, teachers and students from across the world."

An important component of the training included working together inside as well as outside of the formal classroom setting, making observations, discussing potential research questions, and practicing GLOBE protocols, such as GLOBE's GPS protocol used to establish and identify official study sites, as well as GLOBE's Land Cover protocols that monitor the growth of trees. Participants made their own clinometers for measuring tree height, as well as densiometers to take measurements of canopy cover, following instructions found in the GLOBE Teacher's Guide.

The professional development event not only allowed for intensive training experiences in all GLOBE Protocols, but it also provided participants with an introduction to Lebanese flora and fauna. The Pakistani delegation noted similarities and differences to flora and fauna found in their home country which stimulated interesting questions among the members of all three countries. Participants received first-hand experiences regarding how GLOBE provides opportunities for in-depth discussions and comparisons from GLOBE study sites located in different countries around the world. In addition, a recently published book, entitled Biodiversity of Pakistan: Status Trends and Threats, was presented to the representatives from GLOBE Lebanon and Bahrain by Mr. Rizwan Irshad, book author and member of the Pakistani Teacher Trainer delegation.

As described by Mr. Ahmad, "I personally believe that the discussions by the participants regarding all protocols provided examples for course attendants on how to evoke inquiry-based discussions with students at our GLOBE schools. The patience and skill levels of the Lebanese and Bahraini trainers were commended by the entire Pakistani delegation."

GLOBE study sites visited included nearby areas located in the forests surrounding MFDCL, and areas along the Ramlieh River, a tributary of the Damour River Basin.

GLOBE equipment and materials were shipped to the Ministry of Education in Pakistan, before and after the training event, for distribution to GLOBE trainers, and to be set up at strategic schools chosen to serve as future GLOBE training sites across the country. Materials included GLOBE Teacher's Guides and CDs, GLOBE kits containing instrument shelters, cloud charts, atmosphere and soil thermometers, pH paper, secchi disks, turbidity tubes, soil and plant color guides, and compasses.

In addition, over 100 classroom sets of the Elementary GLOBE Books, designed to introduce Pakistani students in grades K-4 to the study of Earth System Science (ESS), were provided. Elementary GLOBE forms an instructional unit comprised of five modules that address ESS and interrelated subjects including weather, hydrology, phenology, and soils. Each Elementary GLOBE module contains a science-based storybook and classroom learning activities. Upon receipt of the books, Dr. Shahina Massod, Principal, OPF Girls School and GLOBE Ocean for Life Team Leader, commented, "I appreciate receiving the Elementary GLOBE Books that have been provided to my school.

The books are very informative and colorful and will assist us in introducing the GLOBE Program to our elementary students. We have around 2,000 students in grades K-4 and about 3,000 in the 5-16 grade levels. Thank you for assisting me to start GLOBE in my school!"

Collaboration between four GLOBE countries—Bahrain, Lebanon, Pakistan, and the United States—ensured a successful training event occurred. This event laid the groundwork for activities currently underway including extensive implementation plans being formulated by the Ministry of Environment in Pakistan to hold strategic stakeholder meetings aimed at revitalizing the program in previously registered GLOBE schools. Currently, the Ministry is planning to hold a training session led by the entire training team that participated in the Lebanon event and is including technical expertise and assistance from the University in Islamabad. Throughout the workshop, guidance was provided by the Lebanese and Bahrani GLOBE master training teams and included recommendations such as those from Ms. Zakeya Ahmed Ali Zada, GLOBE Near East North Africa GLOBE International Advisory Committee Representative and Regional Office Advisor, to "take small steps in the beginning implementation efforts and wait to move toward a highly ambitious program in phase 2 of implementation." Ms. Sawsan Abu Fakhreddine, Director of the Near East North Africa Regional Office, added to these recommendations stating the importance of "ensuring that GLOBE teachers should be encouraged to master only the protocols that align with the subject matter they teach to further stimulate expertise in specific scientific areas and to keep the program relevant in the schools."

Follow-up planning efforts are underway to help ensure successful programmatic growth and implementation efforts well into the future. As noted by Mr. Ahmad, "GLOBE has given all of us an opportunity to exchange expertise in the area of environmental education, and beyond that, we have exchanged cultural and social experiences, including languages, customs, food and music with our colleagues from Lebanon and Bahrain."

Due to this project, an international training event occurred, scientific equipment and educational materials were shipped to Pakistan, GLOBE Program activities in Pakistan have made considerable gains and GLOBE implementation efforts have increased due to the formation of a new Pakistani GLOBE Master Trainer team, consisting of 16 educators and scientists committed to collaborating with schools in their country and with other teachers, scientists and community members in other GLOBE countries around the world.

Special recognition is due to the U.S. Department of State for the generous funding that made this project possible, as well as to the leadership of the Near East North Africa GLOBE Regional Consortium who ensured that an intensive training event occurred. In addition, a special thank you is extended to GLOBE Regional Master Trainers Ms. Souraya Mansour, Lebanon (Atmosphere), Mr. Fadi Ali, Lebanon (Land Cover/Soils), and Ms. Seddiqa Abbas, Bahrain (Hydrology), for sharing their knowledge, expertise and experiences with scientists and educators from Pakistan. Through the leadership of Mr. Jawed Ali Khan and Mr. Saeed Ahmad, Pakistani students will be provided with trained experts in all areas of GLOBE. We look forward to learning from the GLOBE research projects to come!