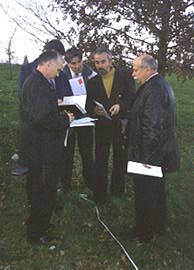 On November 12-13, 1998, principals from forty-one Croatian GLOBE schools participated in a special conference hosted by GLOBE schools OS Konjscina, OS Matija Gubec, and OS Marija Bistrica and organized by Croatian GLOBE Country Coordinator Diana Garasic. The conference provided principals a better understanding of the GLOBE science and education activities and of what schools gain through implementation of the Program.

At the conference, participants discussed the theory behind GLOBE science and education, while participating in hands-on outdoor and lab activities, such as measuring tree height, examining the pixels of OS Konjscina, practicing hydrology protocols, and exploring the GLOBE Web site. Attendees also discussed the principals' role in GLOBE. 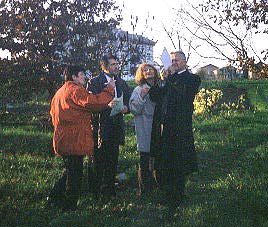 "We learned that schools found a positive correlation between GLOBE and their curriculum, that GLOBE atmospheric reports were being used to help monitor a nearby power plant and were cited in a local tourist publications," Croatian GLOBE Country Ms. Garasic reported. "The discussion was very fruitful and the conclusions were very positive and constructive." For example, some principals who were concerned about the costs of the Internet connectivity were encouraged by the experiences of schools already implementing GLOBE..

For more information about GLOBE in Croatia: follow the links to Croatia from Partner Countries page on the GLOBE Home Page (http://www.globe.gov)