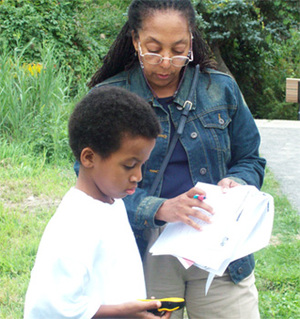 On Saturday, 27 September 2008, the Southeastern Michigan chapter of the GLOBE Parent Council hosted the first GLOBE GPS Challenge at the Belle Isle Nature Zoo in Detroit, Michigan. The purpose of the event was to educate parents, students and science teachers in the area about GLOBE and to introduce them to two GLOBE protocols, the GLOBE GPS Protocol and the GLOBE Temperature Protocol, that can be used to enhance student research projects. In addition to learning about the GLOBE GPS Protocol and the GLOBE Atmosphere Protocol, attendees were given an introductory session on handheld GPS technology. This information, coupled with the instruction they received on the GPS protocol, provided them with the skills to experience geocaching, an outdoor treasure-hunting adventure in which the participants use a Global Positioning System (GPS) receiver or other navigational techniques to hide and seek containers, called "geocaches" or "caches", anywhere in the world. The event was attended by nearly 50 parents, students and educators from across Metro Detroit, and received enthusiastic reviews from all. According to Ms. Demetria Hoskins, Earth science teacher at Bethune Academy in Detroit, Michigan, the GPS Challenge is a great way to teach students about GPS technology and its application in the field of Earth system science. She added that she would like to have her school begin actively working with the GLOBE Program. Ms. Hoskins' sentiments were echoed by parents like Mr. Kevin Weeks Sr. and Ms. Mildred Cross from Chrysler Elementary School, a grant-winning 2007 "Continuing High Performing Middle School" in the Detroit Public School System. Mr. Weeks attended the event with his son Kevin, while Ms. Cross attended the event with her son Jeremy. Both parents said that they were very pleased with the GLOBE GPS Challenge and recommend that all parents in the area join the Southeastern Michigan GLOBE Parent Council. 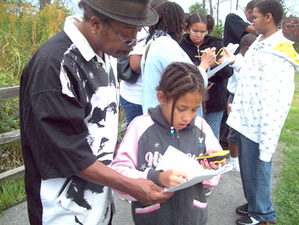 The GPS Challenge was led by Mr. Keith Young, the founder and director of the GLOBE Parent Council. Mr. Young, a committed parent who initiated the formation of the parent council after attending the 2007 Annual GLOBE Conference in San Antonio, Texas, recognized the opportunity for parents to support their children's educational development, by becoming actively involved with GLOBE. When parents are involved in their children's education, their students do better and go farther at school. According to the National Education Association, a home environment that encourages learning is more important to student achievement than all the following factors: income, education level or cultural background. GLOBE parents of the GPC send a message to their children that environmental education is important and that they want to be involved in their children's lives. 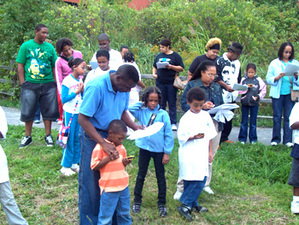 The event would not have been possible without the tireless support of the staff from the GLOBE Program Office, the staff at Belle Isle Nature Zoo, student members of EcoTek, the science component of the Motor City Model UN Club, and the GLOBE U.S. Partners who contributed to the success of the program. We send a special thank you to the following GLOBE community members who donated GPS units for the event: