GLOBE Implementation around the World Strengthened by Peace Corps

The GLOBE Program's extensive database and growing global community provide a unique capacity to increase scientific understanding and collaboration across national and cultural boundaries. The value of the GLOBE Program is enhanced by its partnerships with more than 40 regional and worldwide organizations with aims and interests similar to those of GLOBE. These partnerships contribute to the development of resources and support for the GLOBE Program in areas of mutual interest. 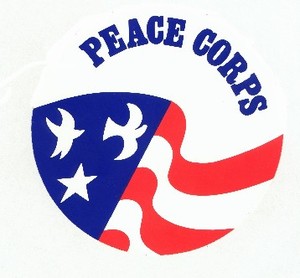 The U.S. Peace Corps is one such agency that has a long and rich history of international service and has worked in partnership with GLOBE since the early days of the GLOBE program. The Peace Corps was created in 1961 when then President John F. Kennedy challenged students to serve their country in the cause of world peace and friendship by living and working in developing countries. Since then, more than 187,000 volunteers have served in 139 countries. The Peace Corps has three primary goals: 1) to help people of interested countries and areas in meeting their needs for trained workers; 2) to help promote a better understanding of Americans on the part of the peoples served; and 3) to help promote a better understanding of other peoples on the part of Americans. Peace Corps volunteers currently work in 74 countries in the areas of agriculture, business, education, environment, health, HIV/AIDS, and information technology. Peace Corps volunteers serving in the fields of environment and education have worked in various capacities to help support GLOBE by translating GLOBE materials into local languages, helping to organize workshops, training teachers, and working with students in the classroom using GLOBE activities.

Of the 74 countries where Peace Corps volunteers are currently serving, 44 of them are also GLOBE Partner countries. These countries are spread throughout five GLOBE regions. Listed below are examples of joint GLOBE/Peace Corps collaborations in these five regions.

Africa
As GLOBE Partners in Africa investigate environmental health issues, Peace Corps volunteers specializing in health issues have volunteered to help. The Madagascar Malaria Project is one example of a GLOBE - Peace Corps collaboration in Africa. Another example is the newly developed GLOBE resource guide for Nigerien teachers. The GLOBE Niger Classroom Guide is an environmental education teaching manual containing step-by-step lesson plans, currently focused on GLOBE investigations of Atmosphere, Soil and Land Cover. The guide is designed to meet the needs of teachers whose primary content area is other than science, and who have asked for a more structured approach to implementing GLOBE in their classrooms ( read more). Complete versions of the documents are available in both the French and English languages and can be downloaded on the GLOBE Web site.

Asia and Pacific
Luke Meinzen, a Peace Corps volunteer in rural Mongolia has helped to coordinate a sister city's project between Ulaanbataar, Mongolia and Denver, Colorado. During the project's first two years, the project included two schools in Mongolia and two schools in Colorado and Arizona which enjoyed active student and teacher exchange programs to get to know the other programs. Luke first contacted the GLOBE Program to inquire about incorporating GLOBE into the exchange to expand the pairing project. The Denver Zoo in Denver, Colorado, and the U.S. Embassy in Ulaanbataar, Mongolia have since partnered with the project. The U.S. teachers have been trained in GLOBE and during this summer's visit by the American schools to Mongolia, the Mongolian schools will be trained. One vision of this exchange is to develop collaborative research to investigate their biomes.

Europe and Eurasia
Peace Corps volunteers in Kyrgyzstan have been very active in supporting GLOBE since 1997 when four volunteers taught GLOBE classes for Fund Meerim's Children's Educational Centers throughout Kyrgyzstan. These volunteers followed up by organizing an international GLOBE workshop which included both Kyrgyz and Kazakh teachers and Peace Corps volunteers. Subsequently, the Country Coordinator and Peace Corps created the role of Volunteer Coordinator, whose role was to organize a series of seminars held throughout Kyrgyzstan to assist with training and implementation.

Near East and North Africa
During the 2008 Regional Master Trainer Workshop in Doha, Qatar, Ellen Brinkerhoff, a Peace Corps volunteer working in Mauritania, stated that she learned a lot from the workshop that included both teachers and students, "Until I saw it firsthand I did not realize that students can perform relevant science and produce scientist-quality data, given the right kind of supervision. What an honor it is to be plugged into this international scientific network and its intellectual empowerment beginning for students at a young age. The best part of this workshop is the selling point of GLOBE—interactive hands-on science that everyone can understand and enjoy."

The collaboration between GLOBE and the U.S. Peace Corps fosters a sense of shared responsibility for a healthy planet and a sustainable future between Americans and people of many countries, cultures and faiths. The GLOBE Program Office has compiled a list of existing collaborations and can assist in providing suggestions for future collaborations. Contact the Peace Corps to inquire about the possibility of engaging the committed volunteers of the Peace Corps in your community.