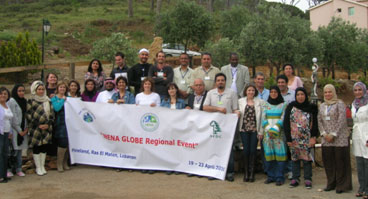 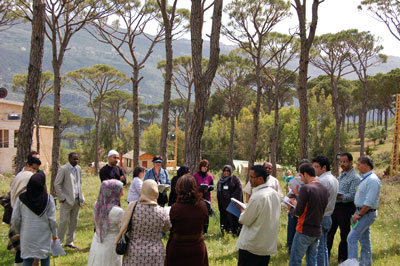 Discussions at the regional meeting included the importance of continuing the regional Ocean for Life (OFL) project in 2011and beyond. In 2009, OFL brought together a culturally diverse group of 60 students, 30 from the Near East-North Africa GLOBE region, and 30 from across the United States, to discover marine science and conservation, and investigate the importance of the ocean, regardless of geographical borders. Eight adults from Egypt, Jordan, Lebanon, Morocco, Pakistan, Bahrain, Saudi Arabia, and Armenia worked with American chaperons throughout two different 10-day research expeditions occurring in Florida and California. During the Ocean for Life (OFL) program, the participants were immersed in classroom laboratory activities, field visits, outdoor activities, cultural activities, and numerous opportunities to discover the ocean and experience firsthand how the ocean connects us all. In addition, the students and adult chaperones were taught how to document their experiences using photographs and underwater video cameras under the supervision of a team from National Geographic and graduate students from the American University who facilitated the development of collaborative youth media projects. 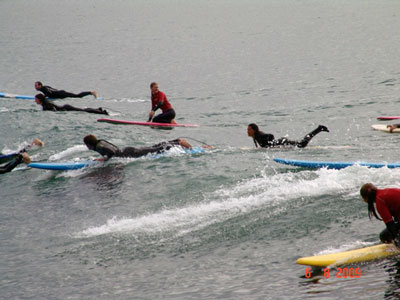 Abbie Huvard from California said "OFL introduced me to some of the most amazing people I have ever met and has opened my world of knowledge not only about ocean conservation but the people that impact it. I am forever grateful for this opportunity." "OFL was a unique opportunity for students from very diverse backgrounds and cultures to find such a deep connection with each other and nature. And, the adult chaperones were involved in all activities…they not only served as companions and chaperons to the students but were also able to experience firsthand the life-changing program" stated Souraya Mansour, GLOBE OFL chaperon and Master Trainer from Lebanon. OFL Chaperon and Country Coordinator Mohammed Benbouida of Morocco recounted that "the OFL trip in July 2009 was a very good occasion for the students to develop a very good relationship between all countries represented and also between continents. We really need this kind of relationship to share a culture and peace between all delegations and countries." Adult chaperons pledged to actively work with the student delegates from their home country as well as the other countries to keep on connecting with nature and to share their experiences with students throughout their countries. 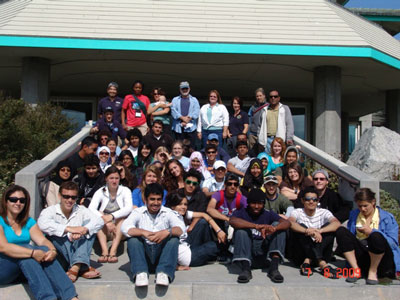 Presentations by the OFL chaperons during the regional meeting from Lebanon, Bahrain, Saudi Arabia, and Pakistan described the 2009 OFL student activities in detail, including friendships established during the program that continues today through social networking such as Skype, Facebook, and Twitter. Detailed discussions aimed at expanding and improving future OFL experiences inspired all country coordinators to agree to return and appoint specific OFL support staff for a potential 2011 event—one national chaperon and one national communications coordinator to ensure planning can begin as soon as possible. Current plans for the 2011 Ocean for Life program include field studies in the Hawaiian Islands. All participants (30 from the Near East North Africa Region and 30 from the U.S.) would arrive on the island of O`ahu for orientation, then split up into two research groups, and return to O`ahu for a wrap-up and farewell. Each group will have an opportunity to explore the islands of O`ahu and Hawaii for approximately five days. Activities would range from studying coral reef ecosystems, watersheds, Hawaiian green sea turtles, volcano/hotspot/plate tectonics, participating in reef fish counts, snorkeling, kayaking, hiking and much more. 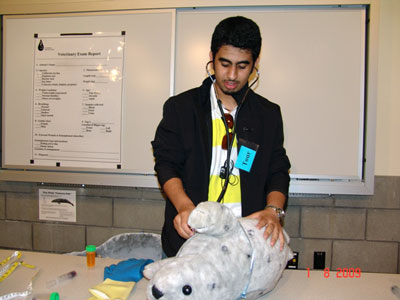 Thank you to all participating countries for their exemplary efforts toward building strong national implementation teams in support of GLOBE and the Near East North Africa Ocean for Life regional project. Important, training events leading to multi-regional projects such as Ocean for Life build relationships between GLOBE communities and enhance the capacity for diverse student research.