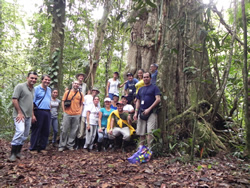 The GLOBE Program in Costa Rica works to promote the development of scientific thinking through research projects that use science to investigate environmental problems related to water. To put these goals into practice, the National Program of Education and Informatics MEP-FOD (Ministry of Education and Omar Dengo Foundation) recently hosted a GLOBE Hydrology workshop for teachers in Sarapiquí. GLOBE Country Coordinator Mr. Roberto Quiros said,"This is the only way the students will have the possibility to investigate and form a critical and educated opinion about the uses of watersheds in their communities and to recognize and preserve water as one of the most important resources for sustaining life on the planet." 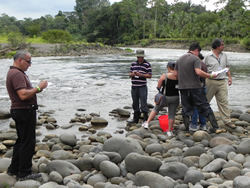 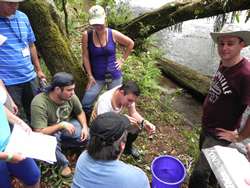 Following classroom implementation of GLOBE into the new schools, students will have the opportunity to present Hydrology research they develop throughout the year at a scientific environmental festival planned for November.

The key strategies in Costa Rica are to train, guide and assist GLOBE teachers through constant communication, shared resources, and professional development workshops. This is essential to the efforts being enacted to improve awareness about water use among students.

Read about past GLOBE Hydrology projects in Costa Rica: