At the time this STAR was being developed, Japan experienced a devastating earthquake and subsequent tsunami. Our thoughts and prayers are with our partners, schools and all the people of Japan as they recover from this catastrophe. On behalf of the entire GLOBE Community, we extend our deepest sympathy to all affected. 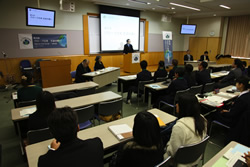 An additional highlight of the initial address was a GLOBE Alumni Presentation by Ms. Ayumi Honma of Sapporo Technical College. Ms. Honma presented GLOBE activities from her high school days along with descriptions of her present research in environmental science. She also shared the ways in which her past experiences participating in GLOBE affected her college course selection. Additionally, Ms. Honma explained how GLOBE allowed her to develop a keen interest in environmental science analysis methods. 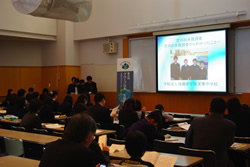 During the main program, student representatives from each school described investigative activities in which students examined such issues as the problems they had while conducting research on their local environments. The students shared their study of local rivers, coastal environments, as well as traffic using GLOBE Protocols to test atmospheric conditions using the Temperature Protocol, and soil health using the Soil pH Protocol. Students then had the opportunity to collaborate with university scientists, who assisted them to learn more using various scientific devices and field observations. Junior and high school students were also provided with the opportunity to demonstrate experiments and GLOBE activities to participants. 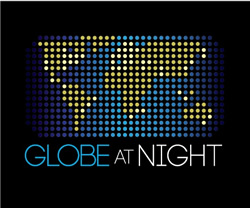 In addition, GLOBE at Night was explained during lectures given by GLOBE staff members and specialists from the National Astronomical Observatory of Japan. GLOBE at Night is an annual citizen-science campaign that encourages people around the world to record the brightness of their night sky. The program began in 2006, and typically occurs during the month of March during the early evening, when the moon is not out, and the constellation Orion is visible. Children and adults match the appearance of Orion with 7-star maps of progressively fainter stars found on the GLOBE at Night website, and then submit their measurements (e.g., which star map they chose) on-line with their date, time and location. This year, the Orion Campaign took place from 21 February through 6 March. According to GLOBE at Night Campaign Director Dr. Connie Walker from the National Optical Astronomy Observatory (NOAO), "Japan is one of the top ten data reporting countries to contribute measurements in the first GLOBE at Night field campaign of 2011!" Over 9,000 measurements were reported to the 2011 Orion campaign, resulting in over 61,000 GLOBE at Night measurements since 2006. Two new observations have been added to the 2011 campaign: the constellations of Leo and the Southern Cross, a small conspicuous constellation in the southern hemisphere in the Milky Way near Centaurus. The Leo and Southern Cross GLOBE at Night Campaign will take place from 22 March through 4 April in the Northern Hemisphere and 24 March through 6 April in the Southern Hemisphere. 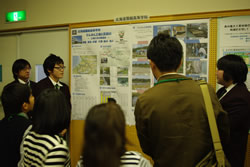 Dr. Tomoyasu Yoshitomi, Associate Professor at Tokyo Gakugei University, stated, "Through presentations and several exchange programs held during the conference, students shared the results of their research activities and became aware of progress on identical GLOBE activities being conducted by many students at other schools. In addition, students thinking about environmental conservation expanded understandings beyond their school region to other domestic regions, and they were encouraged to continue their daily observations and measurements."

Congratulations to all participating schools, scientists, as well as Ministry of Education and Environmental Protection Agency representatives that attended this important event.

Japan was the 27th country to join GLOBE during the first year of Program implementation. Japan joined GLOBE on 29 August 1995 through a partnership between the Japanese Ministry of Education (Monbukagakusho andMonbusho) and the Japanese Environmental Agency leading the Junior Eco Clubs of Japan. Since that time, 198 teachers at 209 GLOBE schools in Japan have participated in GLOBE Program activities, contributing over 433,000 scientific measurements to the GLOBE database for use in important research activities occurring in Japan, as well as in GLOBE countries around the world. Over the past 16 years, Japanese GLOBE students, teachers and leadership have attended GLOBE Learning Expeditions and GLOBE Annual Conferences, proudly sharing their research projects and academic achievement with the entire GLOBE community. 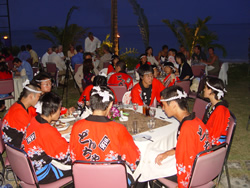 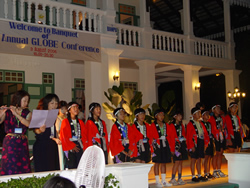 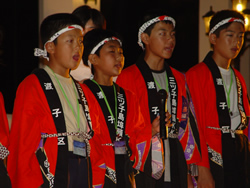 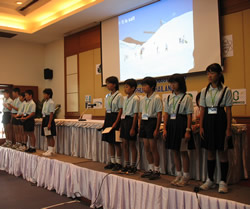 Photographs from the 2003 GLOBE Learning Expedition in Šibenik, Croatia, 2003 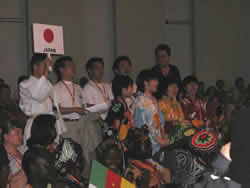 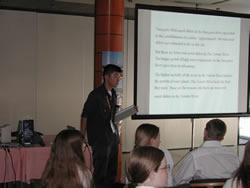 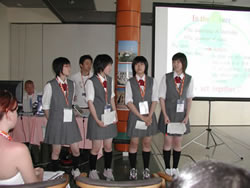 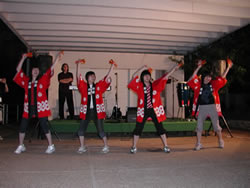