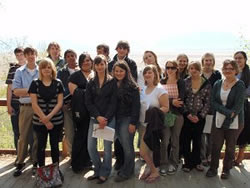 In the Matanuska-Susitna Borough of Alaska, GLOBE students use phenology, the study of seasonal and natural events, to monitor changes and make predictions about climate. Through phenological studies, one is able to predict when a plant will flower, when leaves will fall, and the migration patterns of birds and fish. GLOBE students from Career and Technical High School use this method to monitor the evolution of tree buds under the guidance of GLOBE teacher Mr. Timothy Lundt. By working in groups students are able to utilize inquiry methods while engaging in field-based research projects, gaining unique and valuable insight from one another in the process. According to Mr. Lundt, "Students are energized as they engage in meaningful GLOBE science projects that increase their interests in a science career while improving their environmental awareness and test performance." 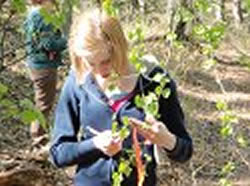 Alaska's Matanuska-Susitna Borough is one of the fastest growing areas in the state; this rapid growth greatly impacts the surrounding environment. Located around the Mat-Su CTHS campus are sampling plots of the Alaska Birch Tree, Willow, Cottonwood, and Alder trees. As part of an ongoing project, students take buds from these trees, study them, and record observations that include the length of the buds, moisture content, tree height, diameter, circumference, and the age of the trees. Mr. Lundt's 10th grade science class has been uploading data on the GLOBE website for seasonal protocols since March of 2009. In addition to the GLOBE database, results are shared with various local and national organizations, including project sponsors Toshiba, Toyota, and the Society for Science and the Public. While most of the original researchers have graduated high school, the project carries on from year to year. 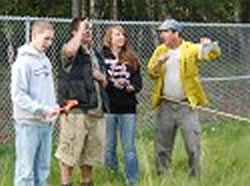 The Alaska Climate Research Using Phenology Project consists of four major components. First, students document observations associated with the GLOBE Budburst protocol, observing budbursts emerging sometime between 21-27 April in 2009-2012. Second, students use the percentage of moisture in tree buds to predict when the budburst might occur. They collect bud samples from tree test sites around the campus, weigh them, dry them in the drying oven, re-weigh the dried buds, and determine the amount of moisture that was in the buds. These young phenologists repeat this process twice a week until the buds burst and then record their findings. Based on their findings over the last several years, students concluded that buds from the Alaska Paper Birch must reach a moisture content between 48-54 percent before the buds will burst. Several factors influence how quickly the buds reach these numbers, including environmental temperature, moisture, and the age and location of the tree. Adding to their metadata reports, students described minor challenge in finding available tree buds that moose in the area had not found appealing to feast on. 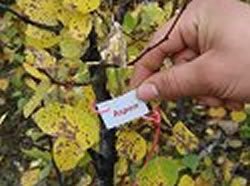 The third part of the experiment is the Green-Up protocol in which the students measure the length in millimeters of the first four leaves off of one branch from a tree within their test sites. Measurements span from when the bud first emerges until the end of the school year. The final part of their project includes the amount of sugar that can be found in the Alaska birth sap. After testing 20 trees around their campus students observed that the Alaska Paper Birch contains 0.8 to 2.5% sugar. 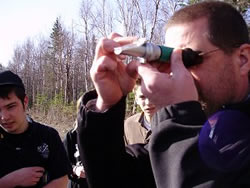 Mr. Lundt is proud to be working with such talented students. He stated, "It is really good to see students get out of the building and become real scientists out in nature. It is great to see them apply science to an actual project and learn by experience." Mat-Su Career and Technical High School focuses on helping students succeed both academically, preparing for post-secondary education, and for the competitive working environment they will enter in the future. Through GLOBE research, teachers have the opportunity to incorporate real world experience into their studies to help them succeed in the future.

Students and educators at CTHS would like to acknowledge their mentors, GLOBE U.S. Partners Dr. Elena Sparrow and Ms. Martha Kopplin at the University of Alaska Fairbanks; Mr. Matt Weaver, from the State of Alaska Forestry Division; the Toshiba America Foundation; and the Toyota TAPESTRY program for their assistance and support throughout this project.

University of Alaska at Fairbanks