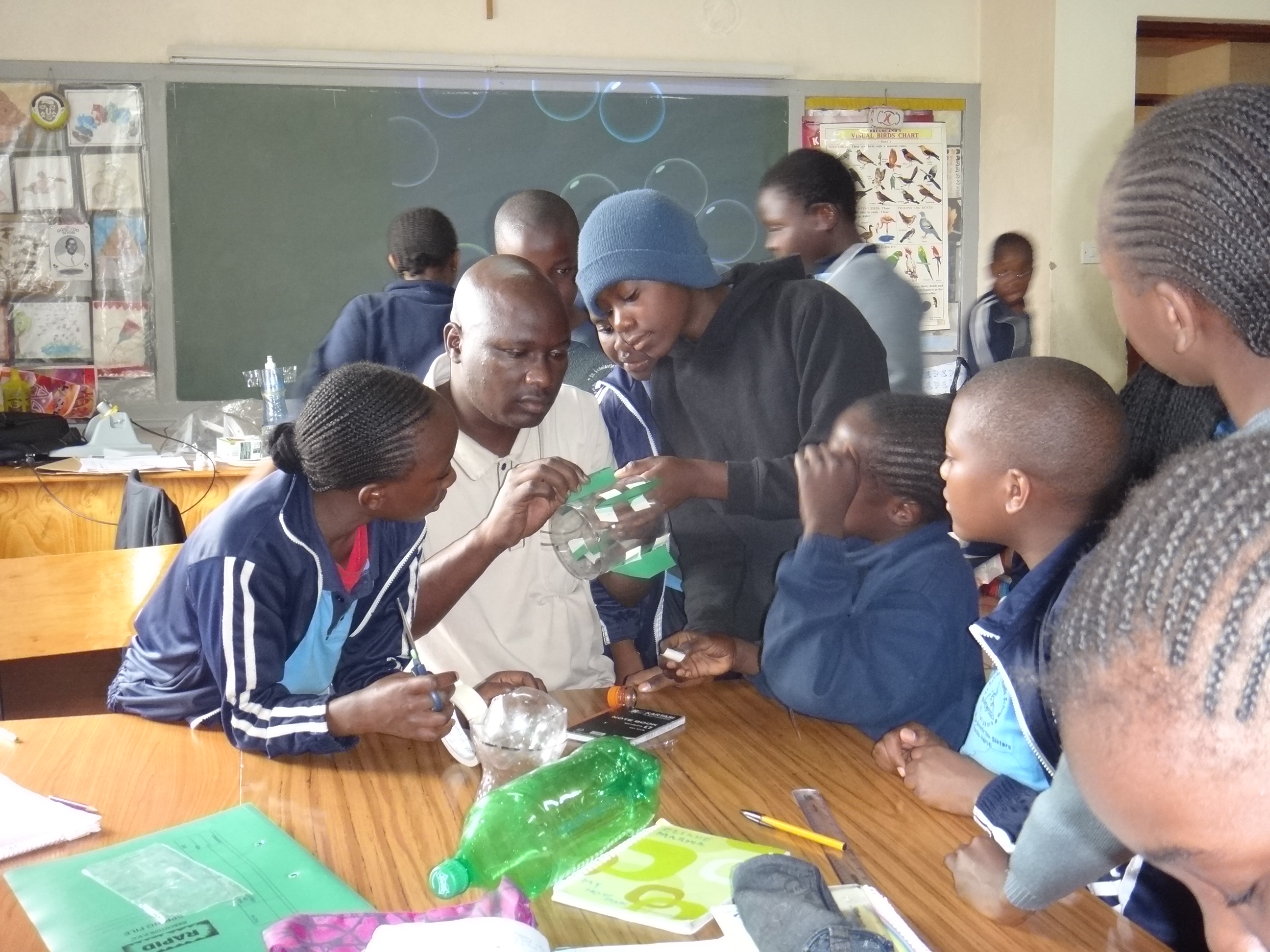 The "Water Rocket" event was held in Nairobi, Kenya, 5 September 2015, on the campus of St. Scolastica Catholic School. "Water Rocket" introduced students to aspects of satellite launching, in an effort to demystify and stimulate interest in GeoSTEM subjects as well as illustrate the linkage between Engineering and Science; i.e. engineers are needed to design and launch satellites so that scientists are able to get measurements from those platforms. 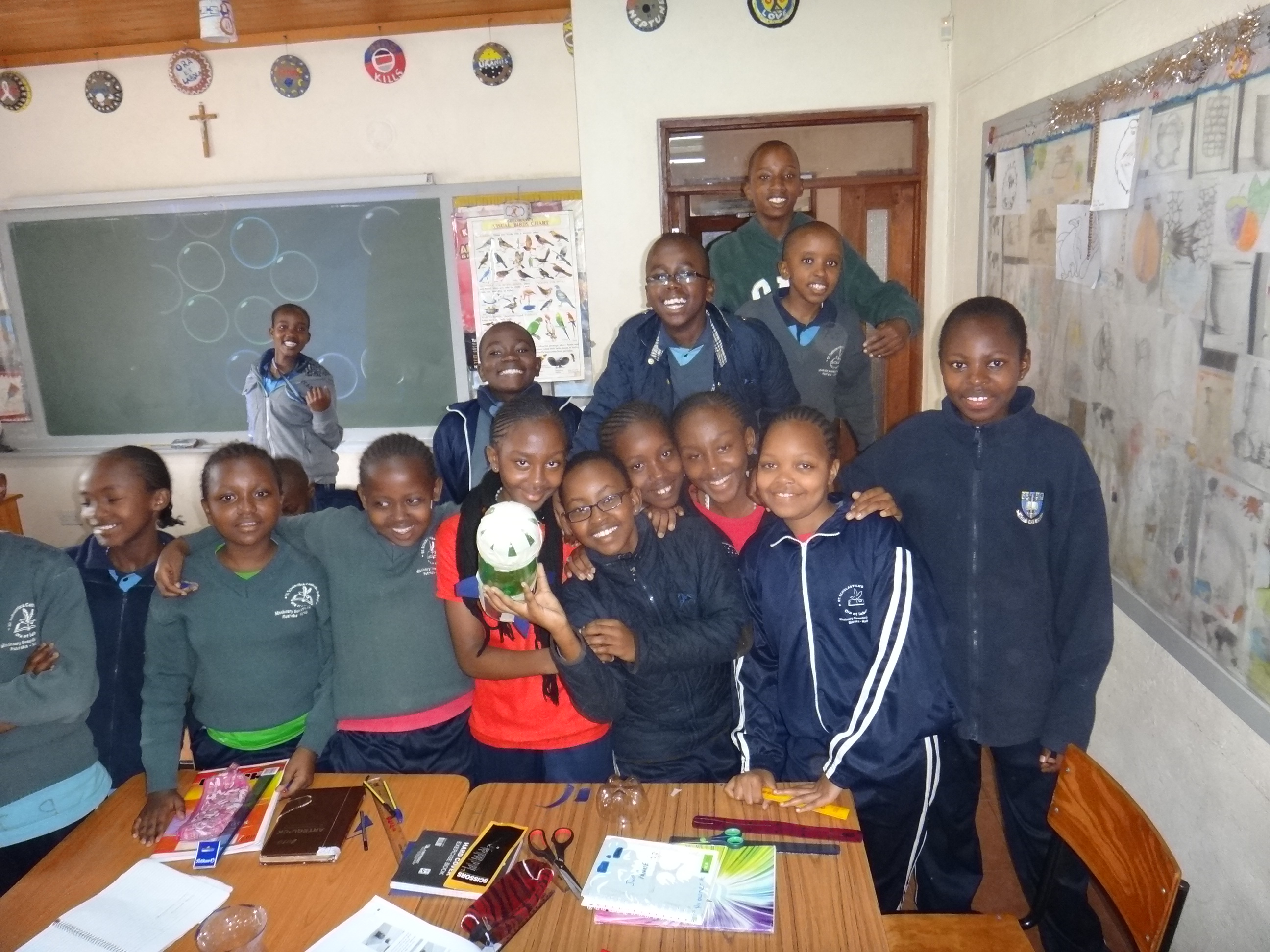 Students learned about the main components of a satellite and then watched a video of a satellite being launched. The class was then divided into groups to build their water rockets. The following materials were used for each rocket: 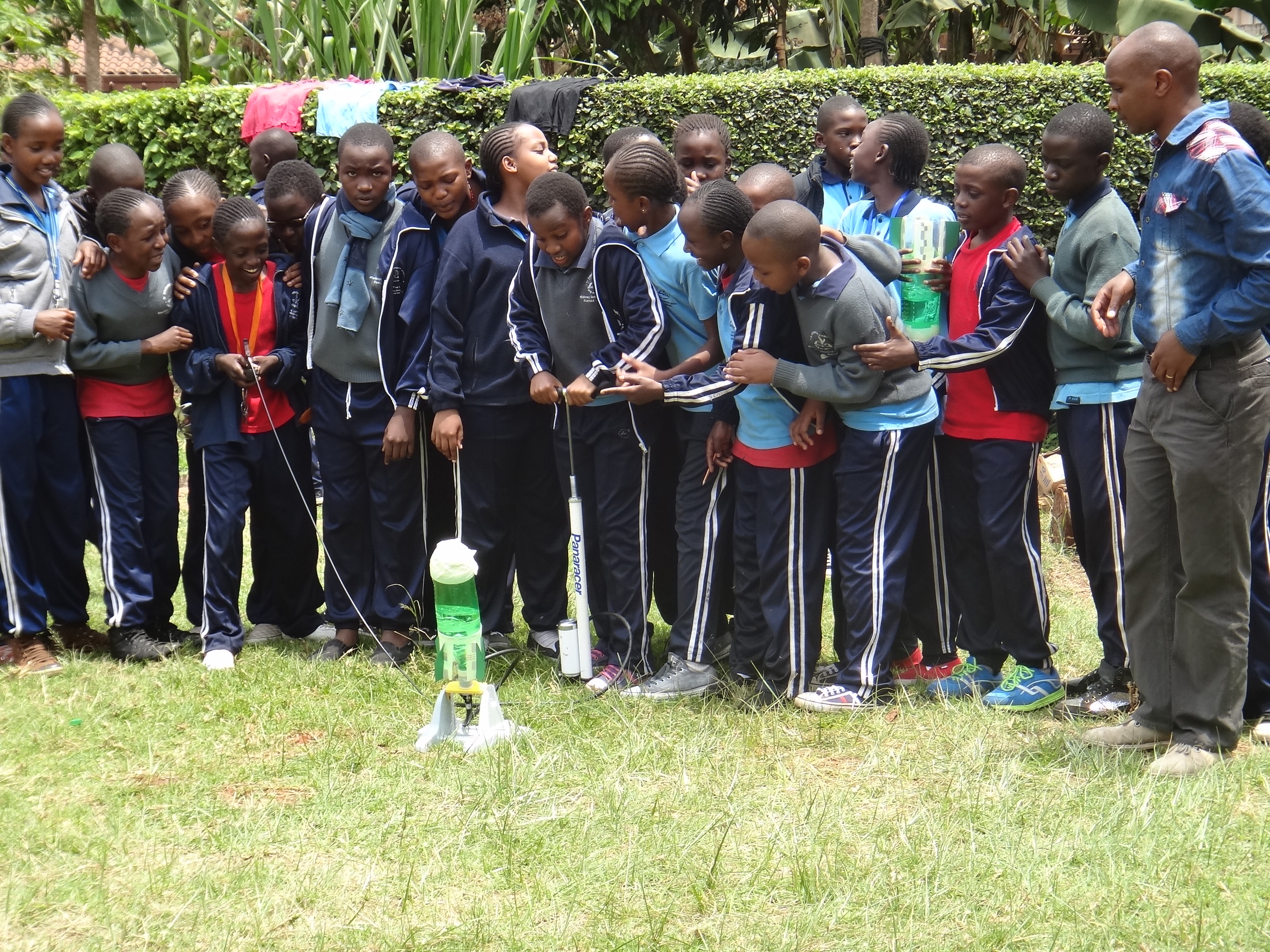 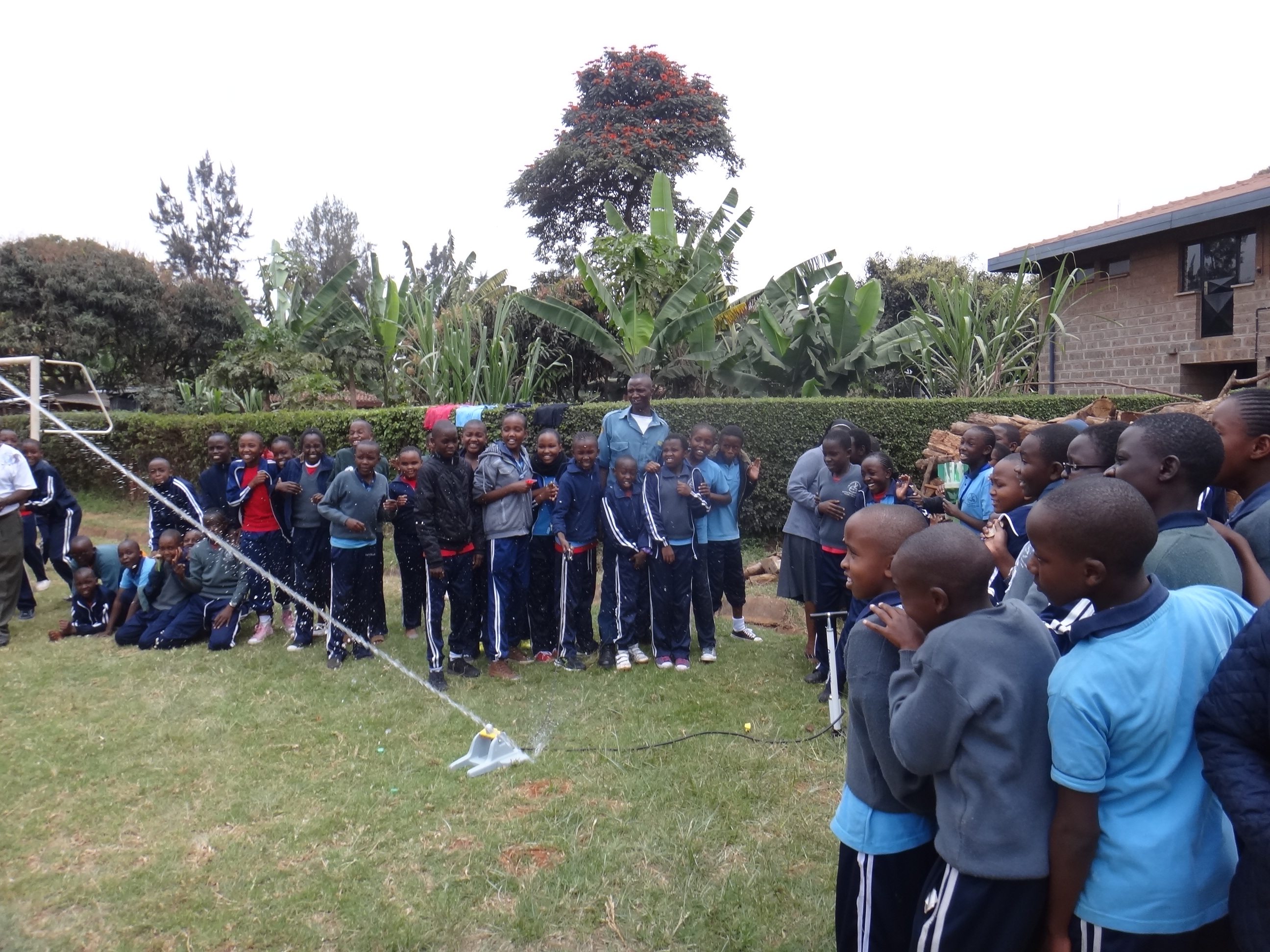 "Water Rockets" was a very successful event and a great way to make learning fun.  Special thanks to Sr. Emily Macharia, the Administrator of St. Scholastic Catholic Primary School and and teachers Steve, McDebogo and Enock for their support.

For more images, view the video created by Charles Mwangi, GLOBE Assistant County Coordinator in Kenya and event organizer, who contributed this report. 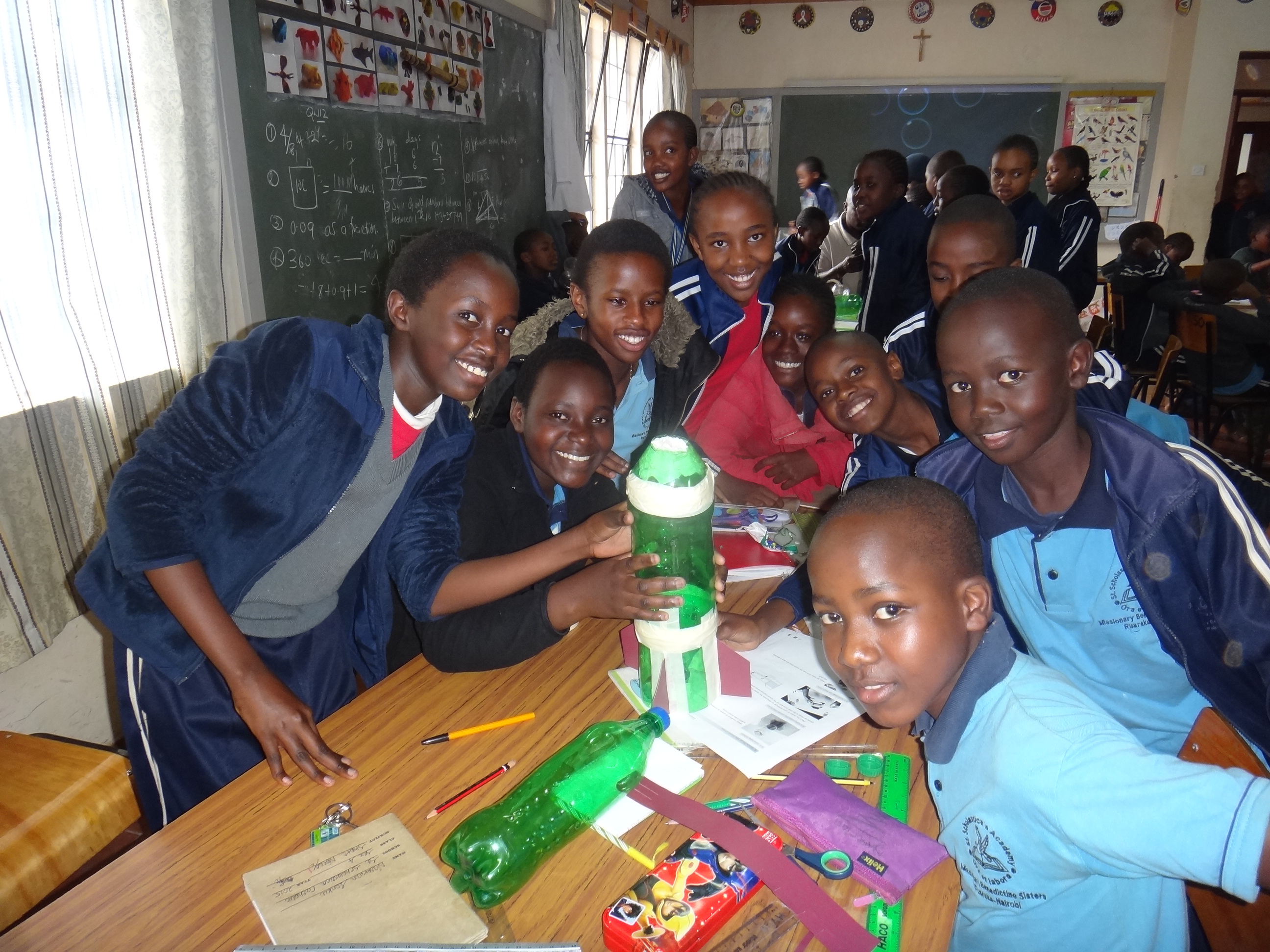