In GLOBE, there are two major perspectives on the global environment – the spheres and the Earth system. The Teacher’s Guide and the new sphere pages build on the approach that examines Earth as the atmosphere, hydrosphere, biosphere, and pedosphere. The study of Earth System Science focuses on the cycles that connect the spheres – the Energy, Water, and Biogeochemical. The Honor Roll provides recognition of those who report in depth in one area or another. There are three honor rolls recognizing Atmosphere measurement reporting; one for Hydrosphere;, and two each for Biosphere and ... 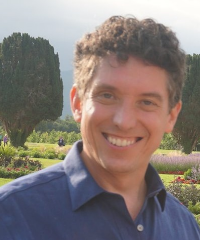 
I just updated HoloGLOBE to v1.0.2. For those of you new to this app, HoloGLOBE brings NASA and NOAA visualizations of the Earth to the palm of your hand through augmented reality (AR). You can read more about the app here: http://www.palmyracove.org/InstituteforEarthObservations/HoloGLOBE.aspx In this latest release, I have added play/pause functionality to the MyNASAData module. The MyNASAData is essentially an augmented reality version of GLOBE's Earth System Poster. In addition the new ICESat-2 module has been added. The ICESat-2 module was built by Emme Wiederhold, a ...


Observations of daily precipitation have been a part of GLOBE from the beginning. At the start, GLOBE’s participation model was that schools would take measurement following all of the original 17 protocols. Atmosphere temperature, precipitation, cloud, and soil moisture measurements were to be collected daily at a site easily accessible to the school. A permanent installation of an instrument shelter containing a max/min thermometer mounted to a post along with a rain gauge was the expected norm with other measurements taken nearby. Daily temperature and precipitation measurements were ...


Consider the rain gauge used in GLOBE, CoCoRaHS, and other citizen science programs. Just four pieces plus 2 mounting screws – an inner graduated cylinder, an outer cylinder, a cap/funnel, and a mounting bracket. The area of the outer tube is exactly 10 times the areas of the inner tube and the cap/funnel, so the graduations on the inner cylinder can be spaced ten times further apart. Thus, 0.2 mm of rain fills the inner tube to a depth of 2.0 mm, which one can read. In addition, if heavy rainfall fills the inner cylinder, the rest of the rainfall overflows into the outer cylinder, ... 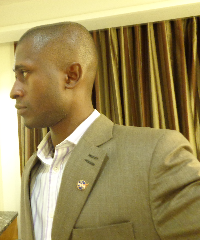 
My passion towards Global Precipitation Measurement Mission started when I visited GPM Clean Room at Goddard Space Flight Centre in August 2013 during 18 th GLOBE Annual Partner Meeting in Maryland, United States. Having received a grant from the National Science Foundation (NSF) through University of Toledo, Ohio to participate in the event gave me reasons to maximize the opportunity. As a scientist from Nigerian Space Agency, this opportunity gave a rare privilege to contribute to the development of Environmental Education (EE) in my resource-constrained country and the world at large. ...