On 13 August 2014, 15 schools in the Greater Metropolitan Region of Chile began their journey with The GLOBE Program.

The U.S. Embassy, through funding from its Science Corner partnership with the University of Talca, provided GLOBE equipment to 15 schools for a 2014 pilot program in collaboration with the Chilean Ministry of Education, EXPLORA, and several Chilean universities. The equipment enables students to take soil and atmosphere measurements of their neighborhood using GLOBE program scientific protocols. The results are contributed to those taken from 112 countries around the world and are shared via the GLOBE website. In Chile, these will also allow analysis and understanding of local environmental changes related to climate change and greenhouse gas emissions, as well as other environmental factors.

The GLOBE pilot program was launched at the U.S. Embassy-University of Talca Science Corner venue at the American Academy of Science and Technology (AAST), located in Santiago. Three workshops and two field trips followed the launch, and included the participation of high school teachers and students, and volunteer university monitors.

The enthusiasm and feedback from schools participating in the 2014 experience, together with institutional engagement, will be evaluated for consideration of 2015 program options. The agreement was signed by the Chilean Ministry of Education and NOAA in 1998, but participation had declined over the years. The support provided by the U.S. Embassy, through Department of State American Spaces funding, was key to the 2014 pilot which produced very encouraging results.

""Being part of the GLOBE program is a great way to contribute to science because it encourages students to develop a joy for science, research, and environmental care, leading to a future interest in being a scientist. Students learn about the importance of measuring scientific variables continuously, collecting data, and presenting useful information for different topics such as agronomy, meteorology or public policies, among others." -- Alvaro Mauricio Cabrera Urrea, Coordinator of the AAST, a joint initiative of the U.S. Embassy in Santiago and the University of Talca that promotes understanding of U.S. leadership in science, technology, and the environment.

The 15 public and private schools that participated in the 2014 GLOBE pilot in Chile are:

13 August: Presenting GLOBE to the Community

13 August: Launch of GLOBE with 15 schools from Santiago, at American Academy of Science and Technology. In all, 60 people attended (including school directors, teachers, students, and authorities from the Ministry of Education). 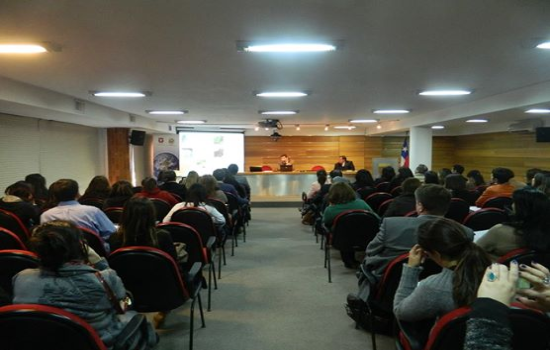 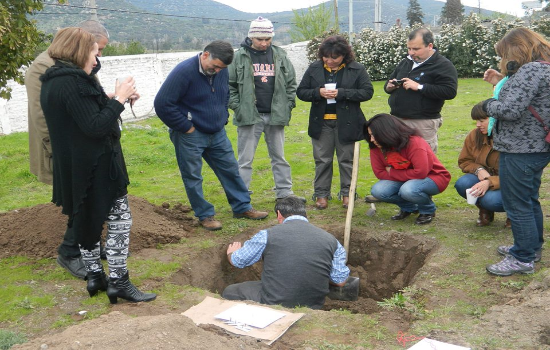 30 September: Training for undergraduate students supporting The GLOBE Program at EXPLORA RM Sur Oriente. In all, 29 people attended (students of biology teaching at University of Americas). 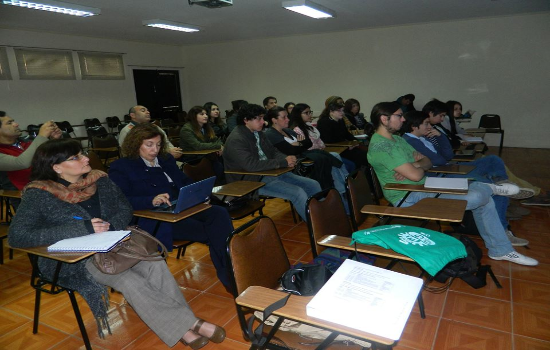 30 September: Training on the GLOBE website at University of Americas. In all, 53 people attended (students of biology teaching and teachers from the 15 schools). 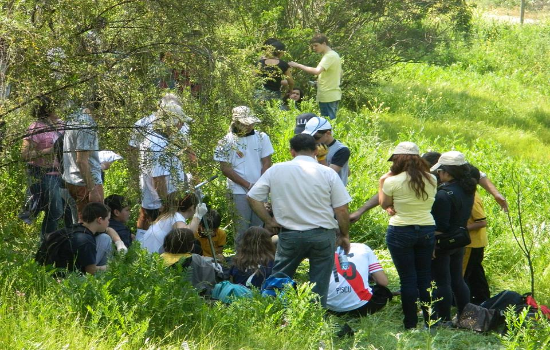 23 October: Field Trip to Bosque Santiago. In all, 98 people attended (teachers from the 15 schools with their students, in teams of 5 each). 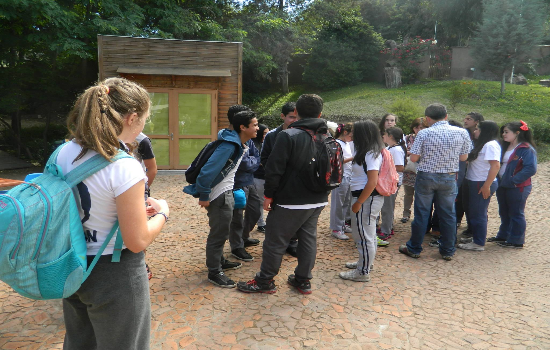 3 December: Field Trip to Mahuida Park. In all, 70 people attended (teachers from the 15 schools with their students, in teams of 5 each).