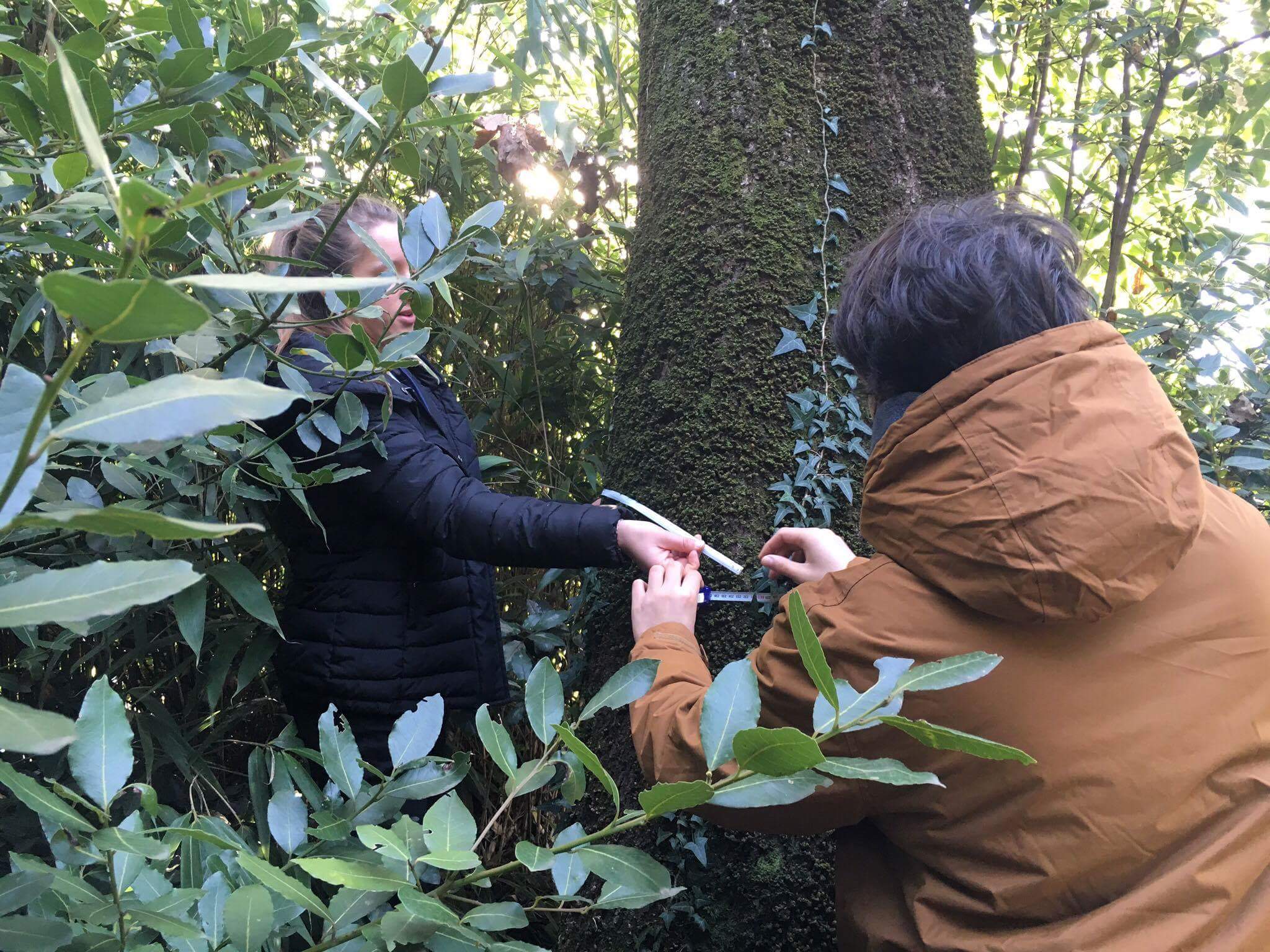 Beginning in 2017, under the guidance of their teachers, Marina Pavlić and Irena Sabo, students from the Prirodoslovna i grafička škola, Croatia, began a two-year study that focused on the overall health of ten trees in a large public park in their city, Rijeka. They wanted to determine what role the trees play in air pollution regulation in the urban area.

During the first school year, fourteen 12th grade students worked on the project – focusing on specific research questions, such as: Do the trees in the park process enough carbon dioxide to give enough oxygen to almost four thousand inhabitants of Mlaka? Is the environment in the park polluted? Noticing changes in and around the park in the previous decades, especially an increase in traffic, the students logically expected significant pollution would be detected.

In order to find answers to their research questions, the team selected GLOBE protocols to map trees and shrubs, and to calculate the total carbon storage in the park. They used the GLOBE Aerosols Protocol to detect the suspended particles in the air. They also carried out an air quality assessment using lichen monitoring. In addition to measurements of aerosols at site, the students added a professional analysis of samples.

In order to complete their study, the students’ treacher, Marina Pavlić, said that the students had to apply a wide range of skills: “They had to do all the calculations and learn about the chemistry behind the biomass accumulation. They practiced English a lot and also developed their IT skills. When analyzing the aerosol samples in the institute they could learn how scientists work.”

Aerosol data from the park were compared with the data from another site close to the school (approximately a half kilometer away). Students found that the distribution of aerosols was almost the same in both areas. They also discovered, based on biomass calculations, that the oxygen produced by plants in the park should be enough for the residents of Mlaka.

Exactly one year later, in 2018, a team of eleven GLOBE students measured the tree height and circumference of the same ten trees. The goal was to see if the polluted air was affecting tree growth. Taking the data of the average annual growth of selected species, they wanted to see if their trees grow faster or slower than the average.

The students immediately faced a research challenge: the tree canopies were interlaced and dense; therefore, it was difficult for them to measure the tree height with the necessary accuracy. Instead of giving up, they investigated the reasons why –  during the same time of the year – the tree canopies of the same trees were more dense when compared to the previous year. Students came up with the hypothesis that the 2018 autumn air temperatures were milder than those of 2017, thereby making the growth season longer. In order to verify their hypothesis, they used the GLOBE Data Visualization Tool. They compared temperatures from September to November 2017 to the same time period in 2018. As a result, they found out that the minimum and noon air temperatures at the school study site in 2018 autumn were 3-6°C higher to those of 2017 autumn.

“The most important thing,” Marina Pavlić said, “is to convince my students to take care of their environment and to act and help their community; to understand that Earth is one single system consisting of air, water, soil, plants and animals. If one of the components is out of balance, the other components will be too.”

“In all our projects,” Pavlić said, “we look at the whole picture, not one component only. In this project, we measured the park biomass, the quality of the air that affects the trees, by collecting the particles from the air in a jug filled with water. My students understood that those particles will also be in the soil, absorbed by the plants and the animals in the park and in the nearby stream. I always encourage them to think and to ask questions.” 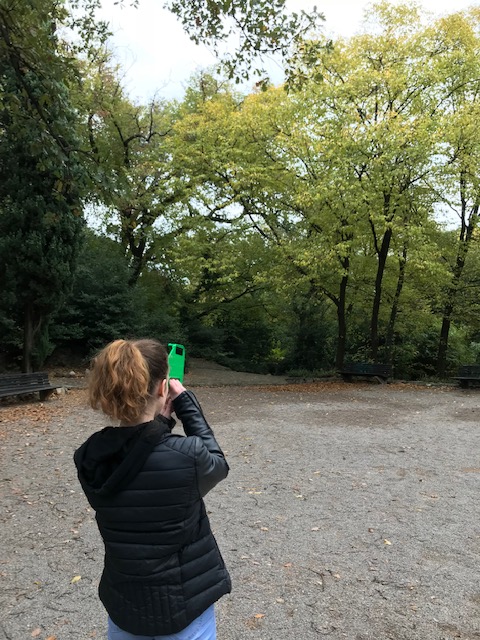 The project had an impact on the community – at the end of the first year of the project, students issued important recommendations: one for the park management company and one for the residents of the area. Based on the possible threat of air pollution in the area, they strongly recommended the introduction of specific plants to the park. Plants such as philodendrons, palms, gerberas, and chrysanthemums are able to naturally absorb air pollutants. Lists of indoor plants were also prepared, and recommended to the residents of Mlaka.

In order to share their findings with the GLOBE community, students and teachers presented the results of their two-year study at the January 2019 Trees Around the GLOBE Campaign webinar.