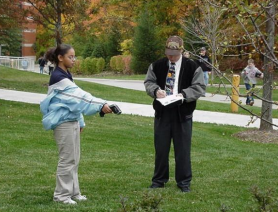 As of the second week of the 2015 Surface Temperature Field Campaign, 26 schools, eight countries, and 9 US states had entered 414 observations – showing the warmest temperatures seen to date in any field campaign in the eastern United States.

To keep up on the latest information on this campaign, read Dr. Kevin Czajkowski’s latest blog. (Dr. Czajkowski is a professor at the University of Toledo in the Department of Geography and Planning. He is trained meteorologist and the focus of his research is on using remote sensing to study the Earth from space.)