GLOBE Estonia welcomed 130 participants to the Annual GLOBE Learning Expedition in Estonia,which took place at the Jõulumäe Sports and Recreation Centre. Over the course of four days, participants learned how to collect various data using GLOBE protocols; conducted fieldwork; and practiced how to present the results. The aim of the expedition was to learn about the possible environmental issues present in South-West Estonia in a more hands-on fashion. The main focus was set on increasing attractiveness of taking land cover measurements and introducing new technologies.

During the first day, the GLOBE Student Research Contest was held, and participants who had attended the GLE in Ireland shared their international experience. The second day of the expedition was dedicated to learning GLOBE protocols and learning about GLOBE field campaigns. More attention was paid to land cover studies and new technologies during special sessions. Students were advised on how to create 360° photos of study sites with their smartphones, and VR-glasses were provided to each group to view the photos. To support understanding about satellite images and land cover measurements, Jennifer Bourgeault gave a presentation about land cover, remote sensing, and the carbon cycle. Jennifer is the Country Coordinator from the United States, and also a carbon cycle specialist. 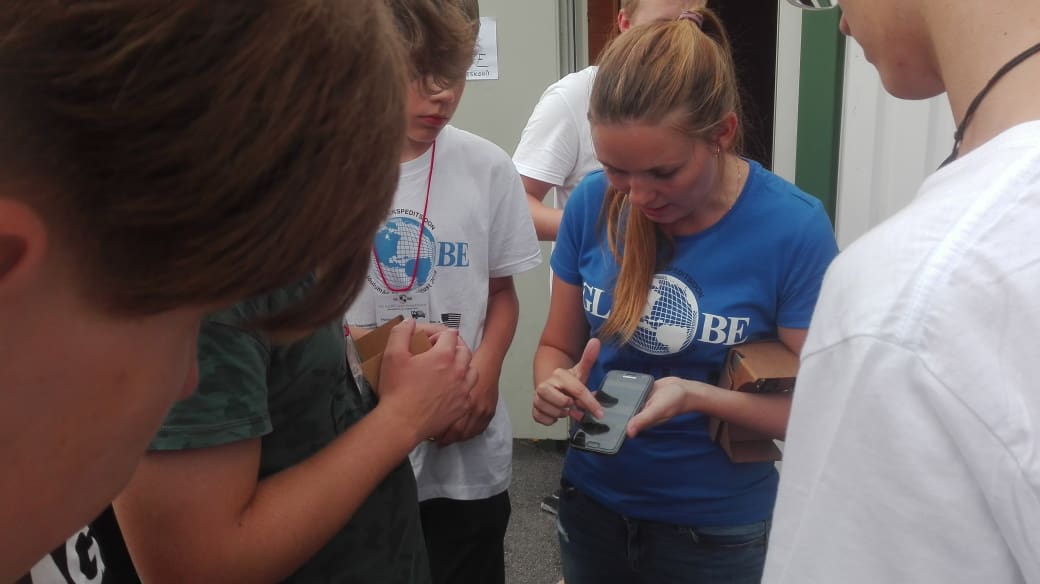 The third day was spent outdoors in eight fieldwork groups, each having different tasks and research questions. The groups were assisted by supervisors/experts. The main focus was on land cover, and each group made 360° photos of their study sites. All results and photos were demonstrated on the fourth day during a presentation session.

The land cover experiment with virtual reality (VR) and 360°photos gave new ideas about further steps and international collaboration. Virtual Reality has become popular in recent years. Using this technology gives people an opportunity to understand the environment better: biosphere, species, land cover. It also allows people to learn from study sites that are different to native ones, diversifying the learning experience for students. Creating and analyzing 360° images is more attractive compared to regular visualizations.

Each student group had to choose a leader, who participated in a leaders’ meeting. Students were given instructions on how to take 360° images with a smartphone and how to use Google Cardboard for viewing these pictures. The Google Street View application was used to upload the images, matching them to their corresponding locations. Taking a picture is possible with most newer smartphones, and these can be uploaded to the Google Street View app and shared with other interested users.

Instructions on how to take a 360°photo

All student groups included their 360° photos in the presentations about their learning expedition to show research sites. The experiment provided ideas for further collaboration between GLOBE schools from different countries.

Twelve schools were provided a set of Google Cardboard to test these in lessons. A GLOBE land cover challenge will be held during two weeks in April to celebrate Earth Day 2019, and 360°photos of study sites will be created.