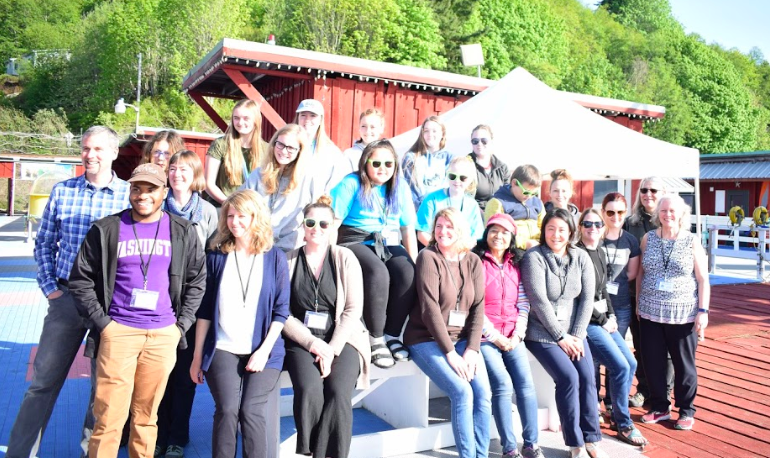 The Northwest Regional Student Research Symposium (SRS) took place on 02-04 May 2-4.The SRS was hosted by GLOBE Partner Dr. Blakely Tsurusaki. The event was located at Beach Camp at Sunset Bay in Edmonds, Washington, situated on a pier over Puget Sound. The group was surrounded by water, nature, and friends. Ten students and five GLOBE teachers from Alaska, Montana, and Washington attended, with the students presenting three GLOBE research projects in a poster presentation session. Student projects were reviewed by their peers, local scientists, and ten GLOBE partners and scientists who joined virtually through Zoom. 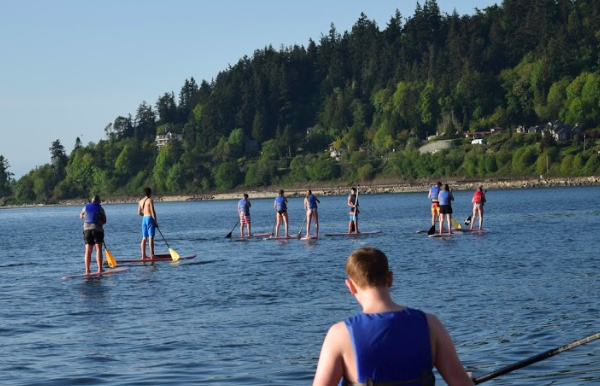 The Northwest SRS began with everyone laughing and moving with the United States Country Coordinator, Jennifer Bourgeault, leading ice breakers. Following dinner, the group watched sea lions watching them. Dr. Wren Walker Robbins and Salish Kootenai College helped officially kick off the event by acknowledging the Coast Salish peoples lands and waters. She also sang a traditional song and encouraged all present to set their intentions for the time together. Heather Tabisola, GLOBE Alumni and the Research Coordinator for the NOAA Pacific Marine Environmental Lab, shared her experiences as a student doing GLOBE, and her career pathway in environmental science, including how those opportunities allowed her to travel the world. To close the first night, several students practiced their presentations. 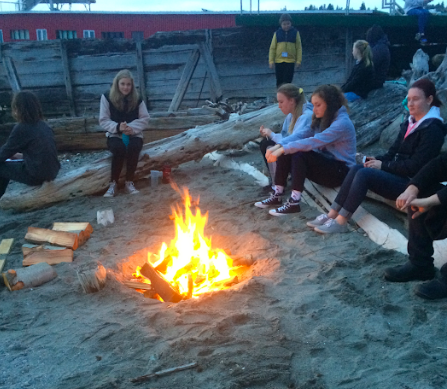 Winding down the day, students went out to the beach for a bonfire, where they roasted marshmallows for s’mores.

The next day, the group began by gathering in a circle and received a blessing from Dr. Wren Walker Robbins. After breakfast, the other half of the students practiced their presentations during the peer review. The students then gave live presentations, via Zoom, to a virtual audience that included GLOBE partners and NASA scientists (which is the first time this has been done at a GLOBE SRS).

Before the lunch break and during low tide, the group explored the tide flats. They discovered sea stars, crabs, anemones, barnacles, sea mussels, and nudibranch. As the group headed back for lunch, they saw a gray whale feeding in the Sound in front of Beach Camp. 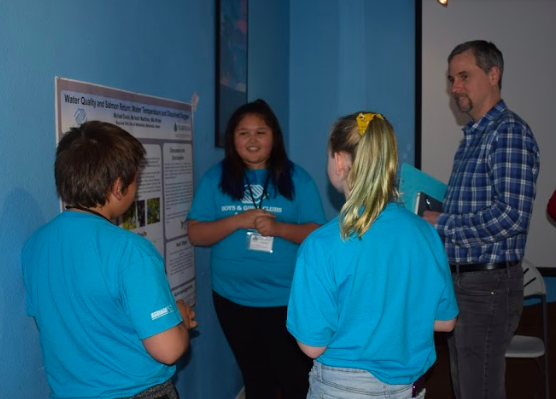 An amazing group of reviewers, including Dr. Tansy Clay, Isaiah Bolden, Heather Tabisola, and Dr. Aaron Feaver, spoke with students about their research and participated in a STEM professionals panel, where they shared their pathways with the students and allowed them to ask questions. While the reviewers spoke with the students, teachers participated in professional development on the GLOBE Carbon Cycle materials with the United States Country Coordinator, Jennifer Bourgeault (University of New Hampshire Leitzel Center). At the end of the day, students ventured out on paddle boards, and the group was treated to a spectacular sunset with sun pillar.

The next morning, the group finished their time together, just as they started, in a circle for a final blessing by Dr. Wren Walker Robbins to guide them all on their way home.