The Data Entry Challenge is an ongoing effort to encourage you to enter the data that have been collected but not yet entered into the GLOBE database. All data are as important now as they were on the day they were collected. If you don't report them, we lose them!

During Earth Week, 20-24 April, we challenge you to find sheets of data that you have not yet entered into the database, and enter them. If your data collection is up-to-date, then enter more through your computer or the new data entry app (see below). The GLOBE Implementation Office will recognize schools entering the most data during Earth Week, as well as those who have contributed significant data over the past 20 years.

Don't be left out; join the Data Entry Challenge!

Coming Next Week: Enhanced Version of the
GLOBE Website! 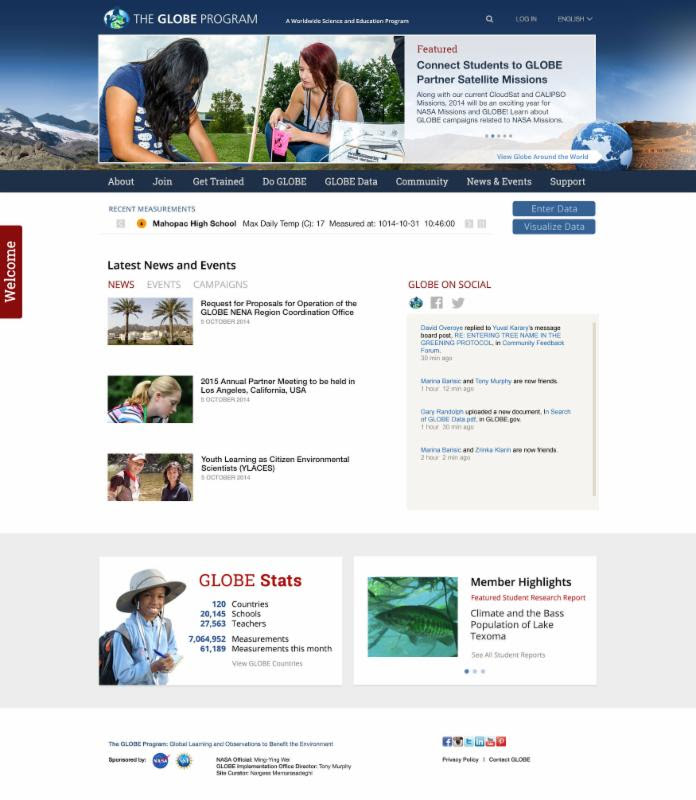 GLOBE is launching an enhanced version of The GLOBE Program website - just in time for Earth Day! Thanks to feedback and suggestions from the GLOBE Community, the website has been updated with expanded features, and a new simplified look and feel, that will allow users to more easily embark on the adventure that is GLOBE. Read more about the revised features and keep an eye out for the debut of the enhanced www.globe.gov next week. 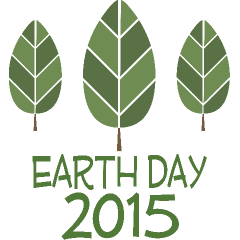 Earth Day 2015 marks the 20th Anniversary of The GLOBE Program. This year, the international GLOBE Community is celebrating 20 years of bringing together students, teachers and scientists in support of student learning and research.

In the United States, NASA activities will be held on the Washington Monument Grounds on 17 and 18 April, followed by Union Station events on 21 and 22 April. These events will feature NASA scientists and astronauts, real time uplinks to the International Space Station, a hyper wall (at Union Station) and other hands-on exhibits. In addition, Rick Sharpe, a GLOBE teacher from West Virginia, and three of his students will present their GLOBE research at Union Station. Events are free and open to all ages.

Find out what the GLOBE community is doing in your country on the GLOBE Earth Day Webpage. If you would like us to include your celebratory event on Earth Day, please let us know at communications@globe.gov.

Get Ready for a New Mobile App for Data Entry! 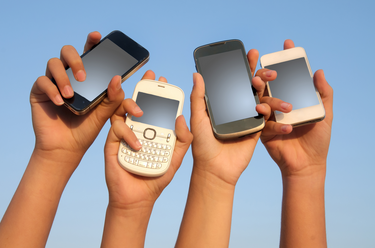 As part of GLOBE's 20th Anniversary celebration, GLOBE is releasing a Data Entry App, which will be available on both iOS and Android platforms.

The GLOBE Data Entry App will allow GLOBE users around the world to enter data directly into their phone or tablet device while out in the field, and then send their data to the GLOBE database whenever they have an active internet connection. We anticipate that the new App will be available before Earth Day, April 22. News of its release will be posted on www.globe.gov as soon as it is available.

NASA is Calling for Your Photos and Videos! There's #NoPlaceLikeHome 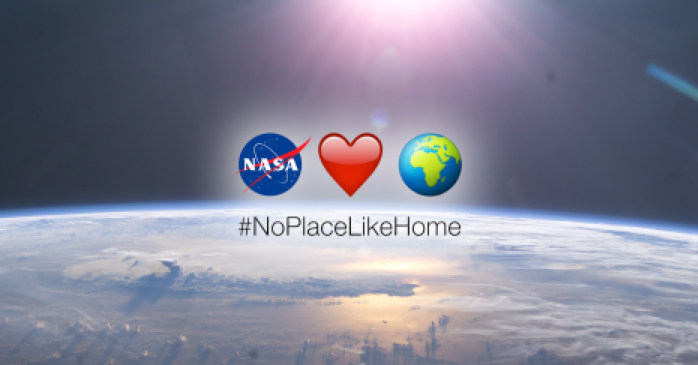 This Earth Day, 22 April, NASA is asking people around the world to share pictures and videos on social media that show there is no place like home - planet Earth.

NASA's Earth Day #NoPlaceLikeHome project seeks to get the public involved in highlighting the great diversity of the places, landscapes and ecosystems of our home planet. Participants are invited to post photos and videos that answer a simple question: What is your favorite place on Earth?  Read more here.

Have You Registered for The 19th Annual
GLOBE Partner Meeting in Los Angeles? 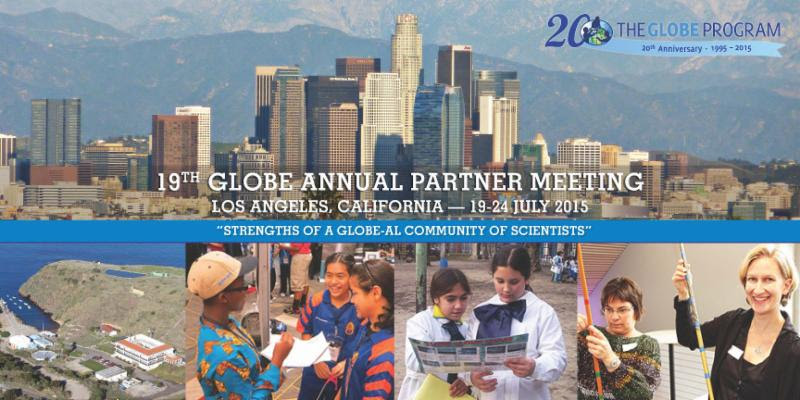 will be held in Los Angeles, 20-24 July. The theme of this year's meeting is "Strengths of a GLOBE-al Community of Scientists." New information is being added to the webpage frequently. You'll now find a page containing details about "The Student Research Experience" and a page containing information for "Exhibitors and Sponsors."

We hope you and your students will join us in Los Angeles. Keep checking in to make sure you are up-to-date on all the happenings! 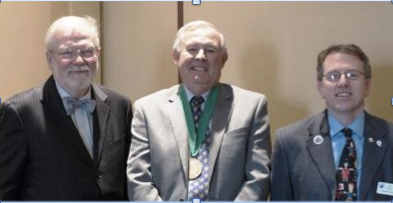 The YES Medal is presented annually in recognition of a significant contribution to youth learning as citizen environmental scientists. The Medal is accompanied by a $10,000 grant to an organization of the recipient's choosing to further the organization's work consistent with the objectives of YLACES. Read more here.

NOAA's Office of Education (OEd) has issued a request for applications for projects designed to strengthen the public's and/or K-12 students' environmental literacy to improve community resilience to extreme weather events and environmental changes. Successful projects will advance NOAA's mission and build the environmental literacy necessary for community resilience by focusing on geographic awareness and an understanding of Earth systems and the threats and vulnerabilities that are associated with a community's location.   The deadline for applications for this funding opportunity is 11:59:59 p.m. EDT on 13 April! For eligibility requirements and application details, find more information here. 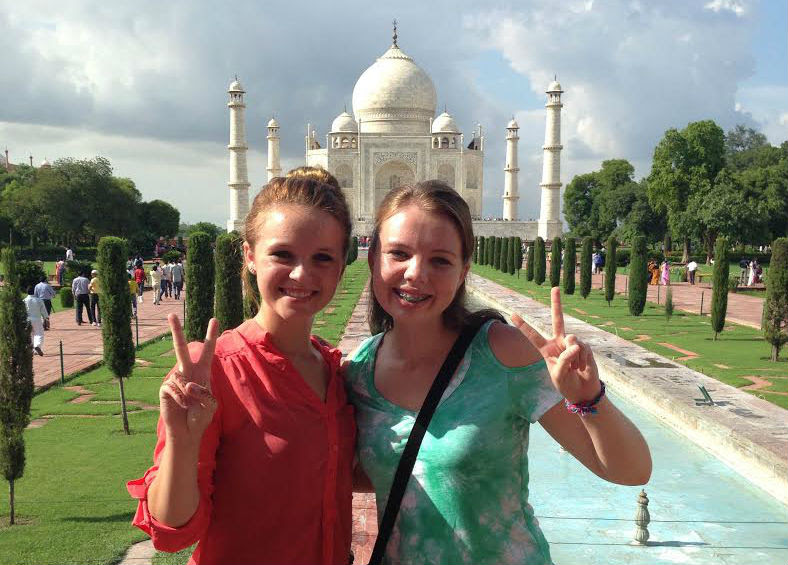 Allyson Edwards and Madison Jaco of Hawkins High School, Hawkins, Texas, USA are two students whose involvement with GLOBE has taken them far. From Texas to India as part of a collaboration on a water quality project, then home and back to India again for the GLE in New Delhi, their connections and ideas blossomed. One outgrowth was to give back to their community, through "Adopt a Highway" and getting like-minded students in the international GLOBE Community to become involved too.

Their production, "Generation Change" was selected as one of 15 films screened at the second White House Film Festival last month.

Read more about the project here and watch the video, where President Obama singles out the students for their exemplary work.

Congratulations to the eighteen GLOBE countries celebrating anniversaries of successful GLOBE implementation during the month of April: 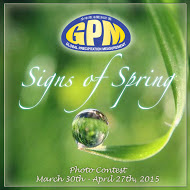 "Signs of Spring" Photo Contest
The NASA Global Precipitation Measurements Mission (GPM) wants you to get out your cameras and show off the signs of spring in your area! Submission period is from30 March through 27 April. You can post your best photos of the signs of spring - and the best of the best will be posted on the NASA Precipitation Measurement Missions website. This event is held each spring around the time of Earth Day. This year, the focus is on how science can help us better understand the natural world with the theme "Surrounded by Science" (part of their continuing series on Greening STEM). Register for EE Week today.

The GLOBE Program depends on you to let us know what is happening in your regions, countries, communities and classrooms. Send us your news and include photos, too. Send all correspondence here.

You'll learn about The GLOBE Program on our social media sites. Just click on the icons below.

Past issues of the GLOBE News Brief and letters from Dr. Tony Murphy to the GLOBE community can be found in the online archive.