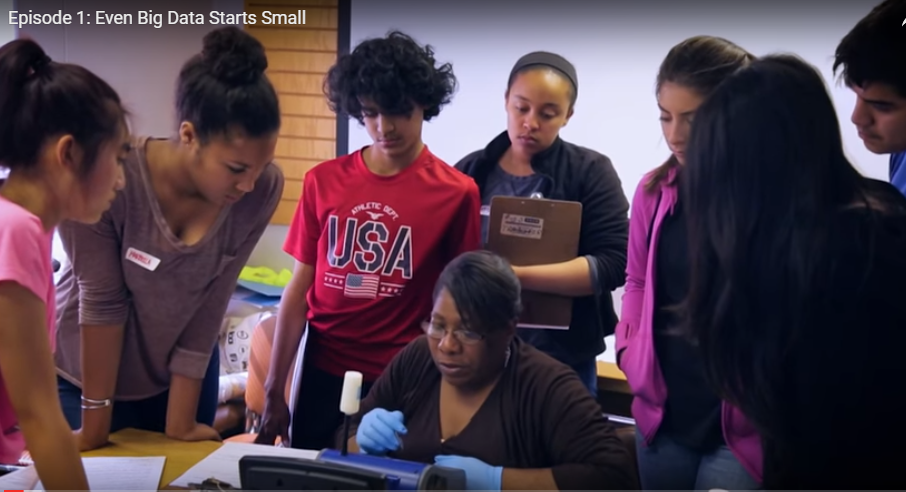 According to the new PBS Series, Crowd & The Cloud, “There’s a revolution happening in science. And, now more than ever, you can be a part of it.” This four-part American public television series, which premiered in April, explores the potential and the challenges of this new revolution – citizen science – and highlights The GLOBE Program and GLOBE Observer (an international citizen science initiative to understand our global environment).

The series, hosted by former NASA Chief Scientist Waleed Abdalati, takes viewers on a global tour of the projects and the people on the “front lines” of this transformative citizen science adventure, and shows how anyone, anywhere can participate – and help professional scientists advance knowledge while speeding up new discoveries and innovations.

The series airs on local U.S. PBS channels every Thursday in April – and the entire series is available for streaming (discover the world of citizen science by watching the episodes, joining a project, and learning more about the series).

You can also join Crowd & The Cloud live on Facebook at 10 p.m. (EDT) after each premiere to participate in a roundtable discussion with show producer Geoff Haines-Stiles, series host Waleed Abdalati, and a panel of citizen science experts for a deeper dive into the power of citizen science.

Watch the series trailer today – and join the revolution!