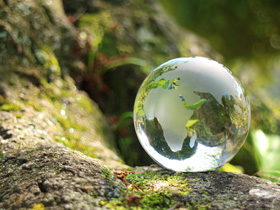 In December 2015, the Springer Nature Journals Editorial Office asked its Journal Editors to nominate one article that addressed the world’s most pressing challenges – as an article that they felt “Could Change the World.” From more than 100 nominations across Springer’s portfolio, an article entitled, “The Costa Rica GLOBE (Global Learning and Observations to Benefit the Environment) Project as a Learning Science Environment” was selected for the “Change the World, One Article at a Time” campaign.

The article, written by M.D. Castro Rojas, A.L.A. Zuñiga, and E.F. Ugalde, describes the main goal of The GLOBE Program in Costa Rica – to develop scientific thinking and interest for science in high school students through hydrology research projects that allow them to relate science with environmental issues in their communities.

The GLOBE Program started in Costa Rica in 1998 as a project directed by the Ministry of Public Education. Over the years, GLOBE has developed in the form of science clubs in public high schools with the goal of developing scientific thinking through inquiry-based research. This effort is accomplished through the implementation of the GLOBE hydrology learning activities and protocols, translated and adapted to the Costa Rican context, with the support of national scientists. As the authors state in the article, “The focus of this learning program is the design and execution of research ideas that incorporate the analysis and interpretation of collected data.”

In 2013, a study was developed to determine the perception of the students about GLOBE Costa Rica as a science learning environment and the development of a positive attitude toward science. The students’ perception on four different dimensions was taken into account: 1) the instructions provided by the teachers; 2) the interaction with teachers and peers during the GLOBE sessions; 3) the scientific inquiry; and 4) the understanding of the scientific contents developed in the project.

In all, 232 students between the age of 12 and 17 from public schools (including GLOBE and non-GLOBE students) participated in the study. The study determined that, in general, GLOBE Costa Rica students have a better perception of the science learning environment than the students who did not participate in GLOBE. In addition, GLOBE students perceive more meaningful learning opportunities than do their non-GLOBE peers.

As the article abstract states, “A comparison study was performed between different groups, in order to assess GLOBE’s applicability as a learning science atmosphere and the motivation and interest it generates in students toward science. Internationally applied scales were used as tools for measuring such indicators, adapted to the Costa Rican context. The results provide evidence statistically significant that the students perceive the GLOBE atmosphere as an enriched environment for science learning in comparison with the traditional science class. Moreover, students feel more confident, motivated and interested in science than their peers who do not participate in the project.”

In a discussion of the results, the authors state that the “environment promoted by GLOBE Costa Rica project allows students to develop positive attitudes toward the instruction or learning of science. Students also expressed enjoying their participation in the activities proposed by the project. This is an encouraging result considering that developing and strengthening positive attitudes toward science is one of the main goals of science Education.”

In their conclusion, the authors state, “Participation in the GLOBE project promotes youth’s interest, motivation and confidence in science, more so than the traditional high school environments. This could be valuable information for people deciding on educational politics, for curriculum specialists, researchers and teachers, in order to adapt the traditional learning environments with proposed science aims in the country. Furthermore, it was noted that participation in the project in previous years is related to the variables that assess interest and motivation in science. Also, at younger ages, it is more likely to increase the interest in science. Both results represent an opportunity to think about early interventions with scientific learning experience and to plan a GLOBE Costa Rica sequential educational process.”

To learn more about the evaluation, and the complete results obtained, you can read the entire article here.