The Art of GLOBE 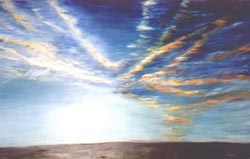 GLOBE is about students learning more about the world around them through collecting and analyzing environmental data. GLOBE can also be included in many other classes - mathematics, geography, language and art. Art can be viewed as interpretation of the world - not with data but rather with emotion. Many World-renown scientists and conservationists have used art to communicate the environment to others. John James Audubon, of the United States, and Vera Csapo, of Hungary, both used art to convey their knowledge and admiration for the diversity of animals and plants.

Ms. Anikó Orgoványi in addition to being the Country Coordinator for GLOBE Hungary, is a prize-winning artist and a strong proponent for the inclusion of art into GLOBE. Ms. Orgoványi began including art into GLOBE training for Hungarian teachers in 2000, presented the art of several students at the 7th GLOBE Annual Conference in Chicago in 2002 and helped GLOBE students to participate in an artistic exhibition at the Youth Festival in Croatia during the GLOBE Learning Expedition. Ms. Orgoványi proposed at the 8th Annual Conference in Boulder, Colorado, in 2004, to establish a GLOBE Art Group. She feels that art can only strengthen environmental awareness. "Should we employ the holistic method, our outlook on the world would become complete and harmonious, the [GLOBE] Programme would appeal to more people and enrich all of us," said Ms. Orgoványi. 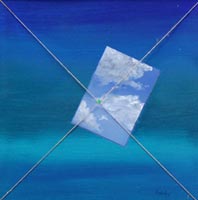 Ms. Orgoványi is a member of the Artitude Contemporary Art Gallery, the Association of the Artists of Pomáz and the Association of Hungarian Artists in Stockholm, Sweden. In 1985, Ms. Orgoványi graduated from the Graphics Department of the Teachers Training College in Eger, Hungary. She then continued her art studies in Budapest, Hungary. Her book illustrations and graphic works of art have been published in various publications. 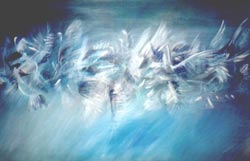 For more information on GLOBE in Hungary, visit www.globe.gov/fsl/INTL/main.pl?ctry=HU&lang=en&nav=1.

For more information on the 2004 GLOBE Annual Conference, seewww.globe.gov/fsl/html/templ.cgi?boulder2004&lang=en&nav=1.