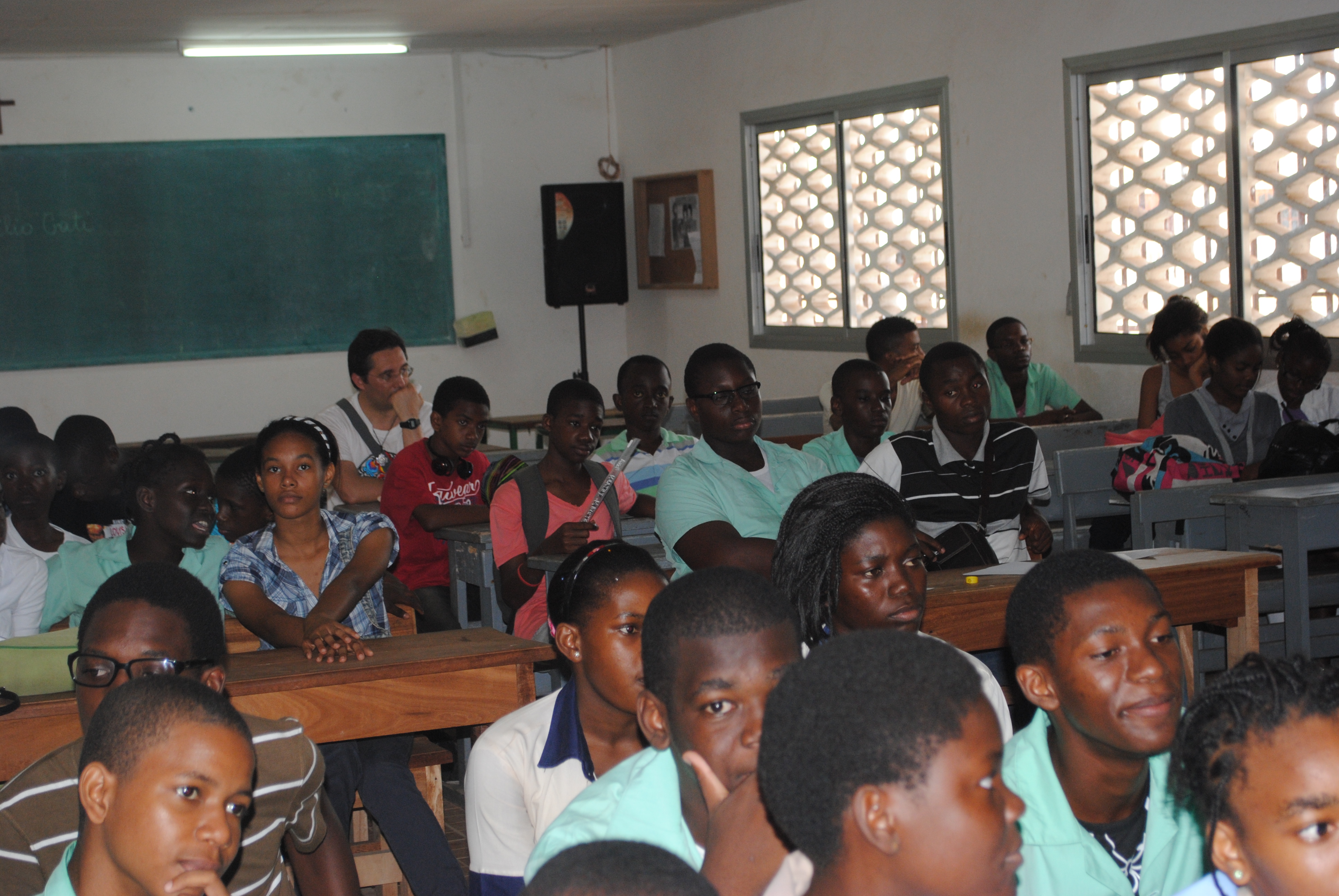 On 28 April 2012, GLOBE Gabon, along with many other countries around the world, celebrated the 42nd Anniversary of Earth Day. This year, Earth Day's theme was "Mobilize the Earth," as deemed by the Earth Day Network to draw attention to crucial environmental hazards around the world that must be resolved. In response to this theme, GLOBE in Gabon, with the support of the United States Embassy in Gabon, organized a unique opportunity for schools, Non-Government Organizations (NGOs), and media to come together and discuss the issues the Earth is facing and how they can get involved in activities to benefit their local environment. 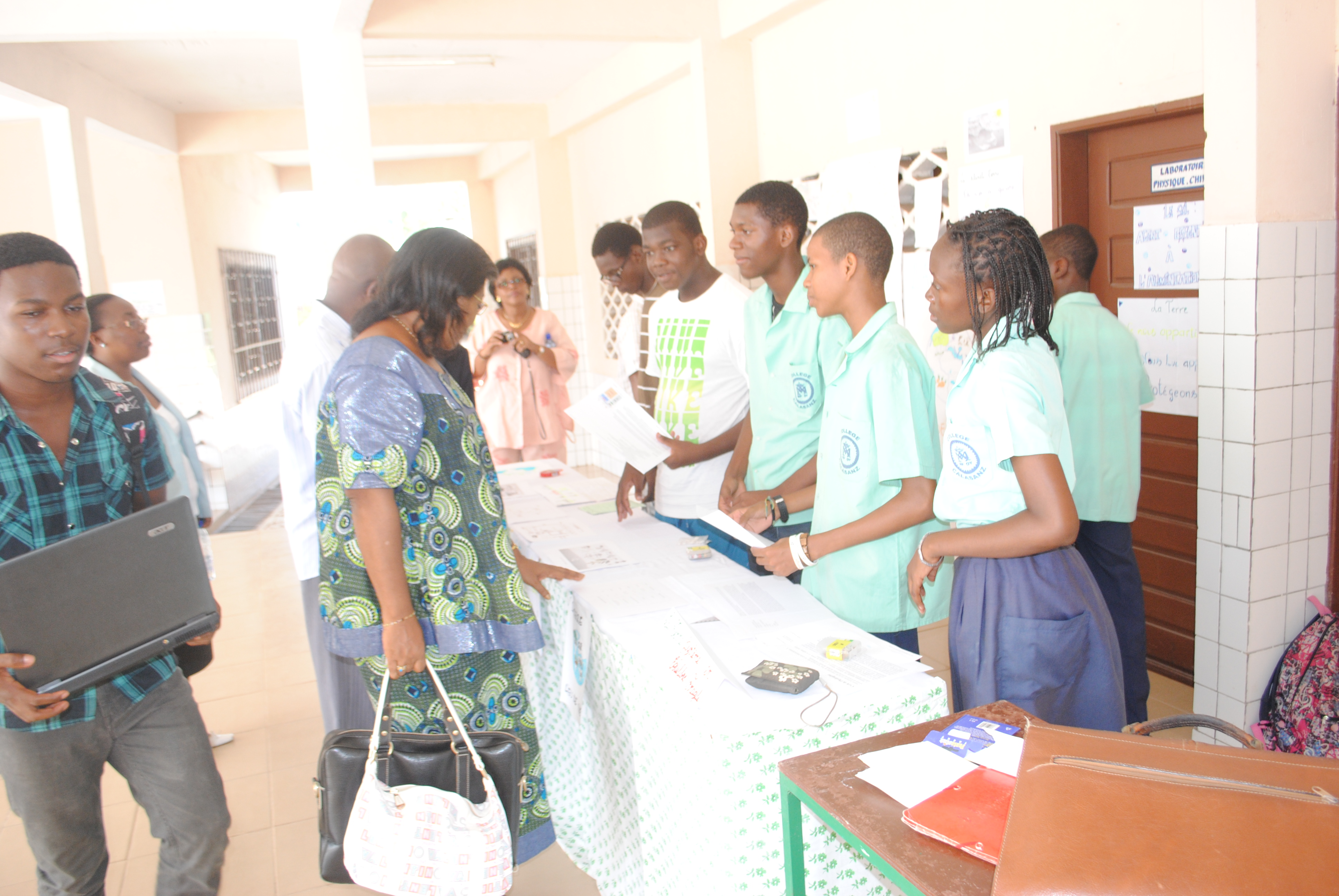 The day began with a welcoming address from the Deputy Director of School Education, Mr. Jean Paul Dikongo, followed by an address by Ms. Eliane Pamboud, the principal's assistant, and followed by a presentation from Mrs. Seraphine. Mrs. Seraphine cited specific details about the current condition of the environment, helping participants understand the role humans have on the degradation of the environment and the negative consequences that could result from these actions in the future. Mrs. Seraphine's focus was to help students understand the importance of the planet to every living thing. She discussed methods for the reduction of pollution and the negative impact certain human activities have on the environment. Conference participants left with a newly formed commitment to raise awareness and encourage others to take part in saving the environment through small changes in their daily lives. 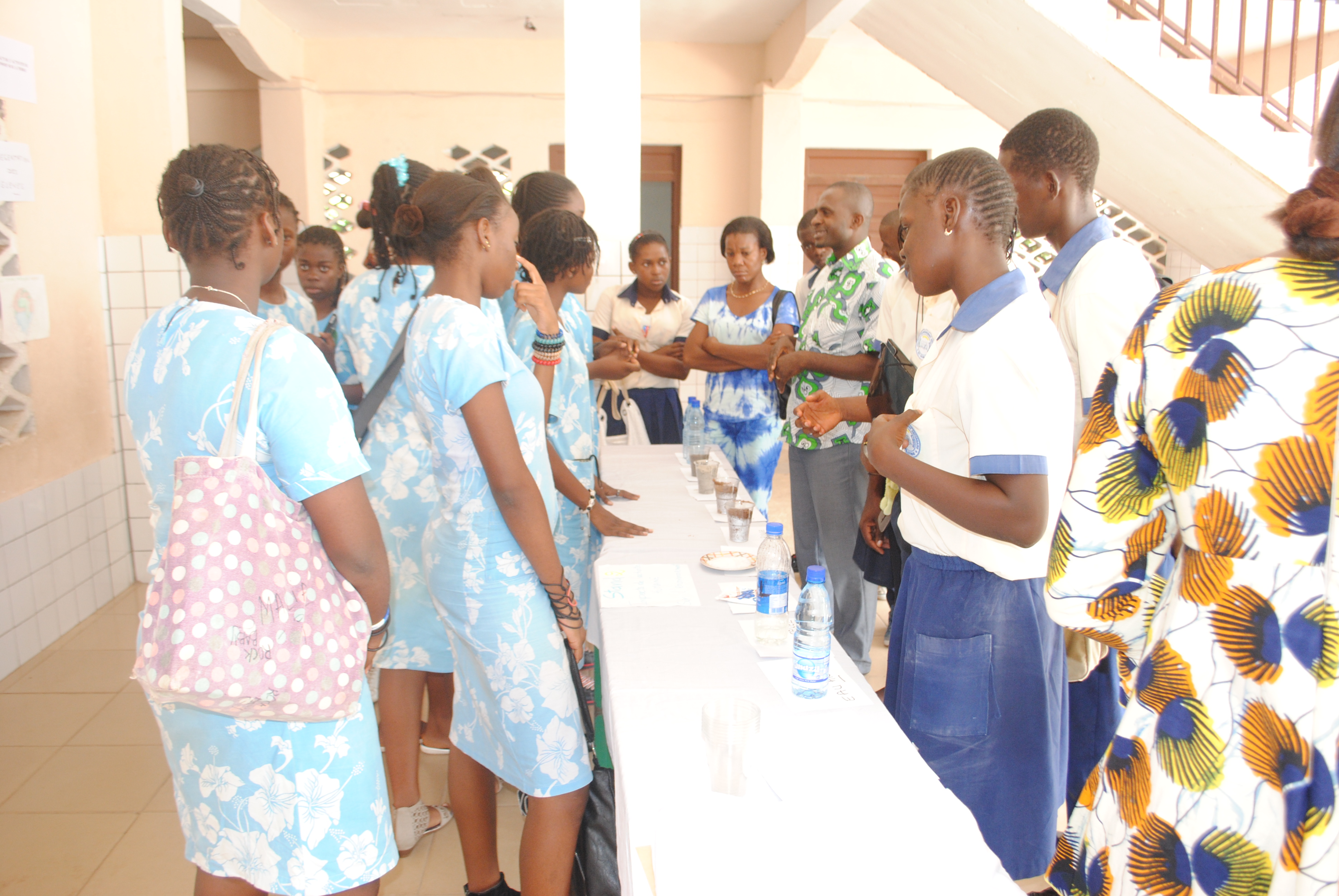 The focus of GLOBE's involvement was to emphasize the importance of student participation in environmental campaigns through interactive studies that include collecting and studying atmospheric data, student grown vegetable gardens, and the students' project, "Biodiversity in my Institution." Every GLOBE school in Gabon has a GLOBE Club; each Club set up a physical display at the event where participants could see what the students have studied and accomplished in favor of a renewed environment. GLOBE Club Calasanz's displays were themed, "The Earth System in a Delicate Balance," and "The Protection of Sea Turtles." Club Immaculée displayed the "Impact of Human (Student) Activities on the Environment." Club Akébé shared "The Simple Actions to Save Earth" and Club Mandela's emphasized the "Results of Students in GLOBE Clubs." 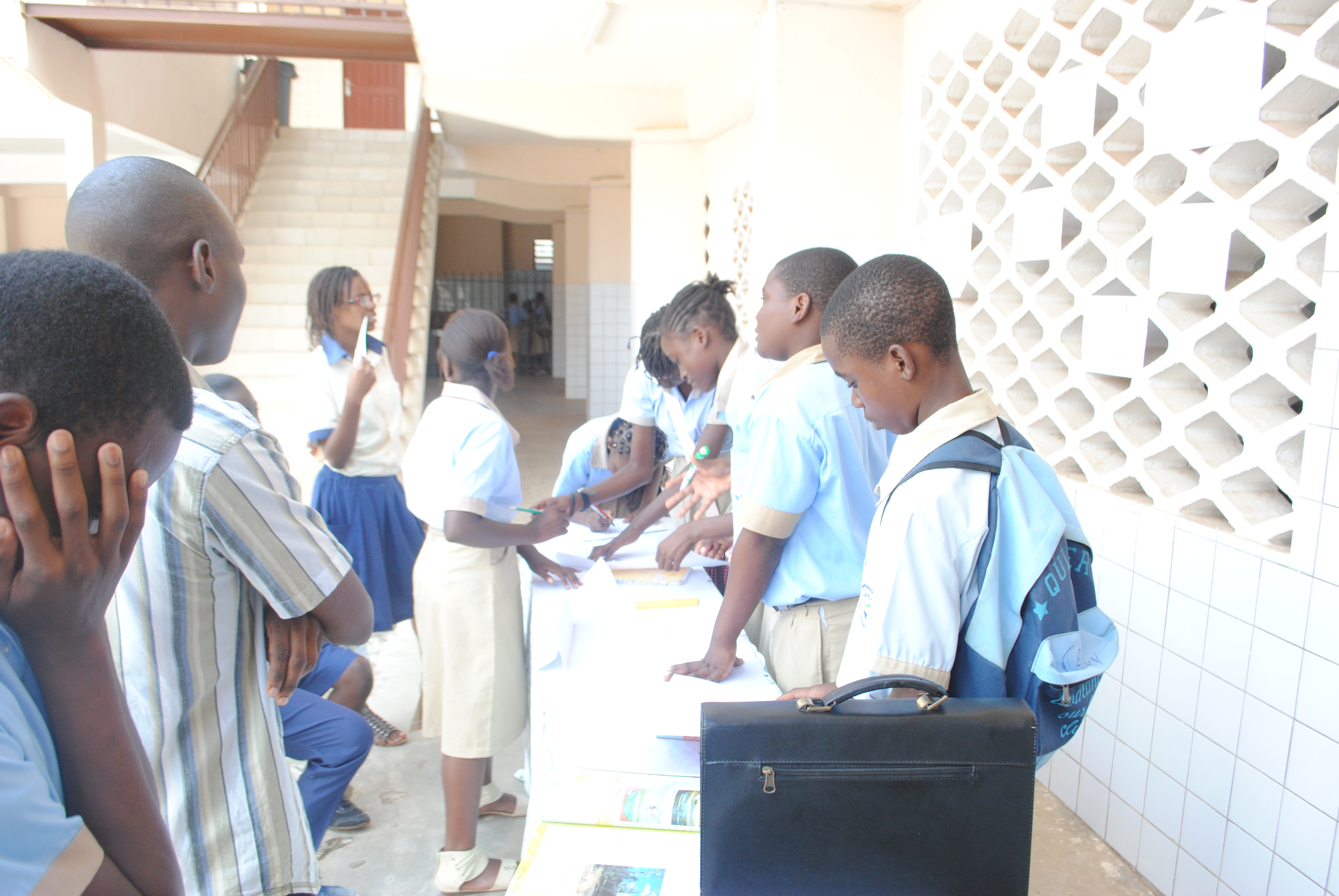 Students from GLOBE Club Calasanz took time to expand on their display and demonstrate to participants the importance of protecting Sea Turtles. Gabon's shores are well-known as one of the world's largest feeding and nesting grounds for these endangered animals. Gabon is home to four species of Sea Turtles: leatherbacks, green turtles, olive ridleys, and hawksbills. GLOBE students showed proficiency in their research as they presented information with a great deal of authority and depth of knowledge. Students explained the life cycle of sea turtles, the dangers they face, and emphasized the importance of protecting them. This excellent presentation furthered discussions among participants as well as a lengthy question-and-answer session with the GLOBE students.

The Earth Day event accomplished the dual purpose of raising awareness for the protection and well-being of the environment, and highlighting student engagement in GLOBE activities performed in their schools, encouraging other schools to consider the benefits of GLOBE involvement. At the end of the event, CES Ba Oumar expressed the intention of participating in the GLOBE program and creating a GLOBE Club in their school.

Gabon's Earth Day event was made possible by various organizations working in conjunction with the GLOBE Program, including The Ministry of National Education for the Republic of Gabon, Higher Education and Technical Vocational Training, Scientific Research and Innovation Responsible for Culture Youth and Sport, and General Secretariat.