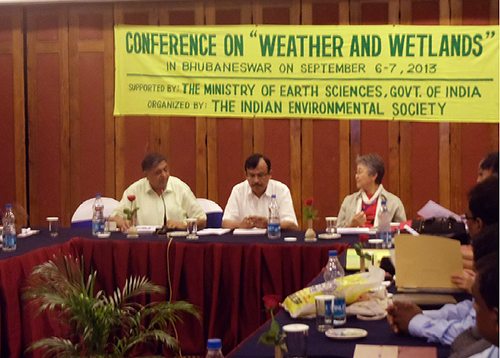 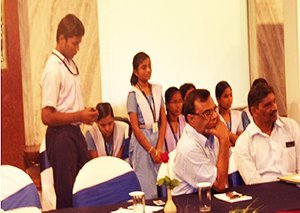 Students from five GLOBE schools in Bhubaneswar, India took part in the 6-7 September 2013 meeting organized to mark the establishment of a South Asia regional network for conservation of wetlands and biodiversity.  The ten students, along with five of their teachers, took part in the regional network's inaugural conference on "Weather and Wetlands."

The students joined 40 other conference attendees, including representatives from non-governmental organizations from India, Nepal, Bangladesh and Japan, along with scientists and a representative from UNESCO's India office, in discussing strategies for preserving wetlands.  They also shared information about activities in which they are involved 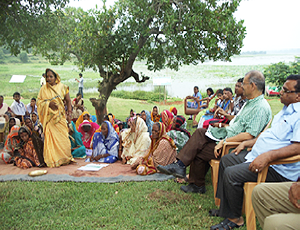 During the conference field trip to Lake Ansupa, the students performed GLOBE hydrology protocols to determine water quality in the lake.  The lake has identified as a potential area of interest the government of the state of Orissa and for the Indian national government because of its natural beauty and its role as a habitat for migratory birds.  The GLOBE students also met with local residents living along the shores to discuss their efforts to improve water quality in the lake.

The schools participating in the conference had received GLOBE training in 2012 that was financed by the U.S. Consulate General in Hyderabad, India.  The Conference was organized by the Indian Environmental Society and was supported by the Keidanren Nature Conservation Fund (KNCF) and the Ministry of Earth Sciences of the Government of India. 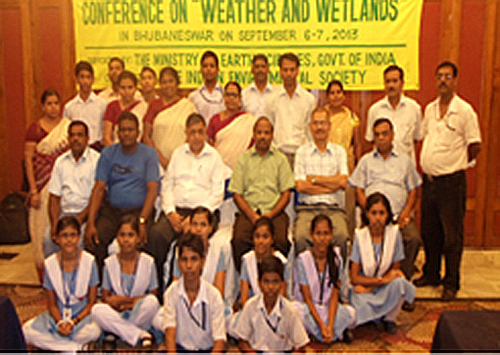