GLOBE Training in Trinidad and Tobago 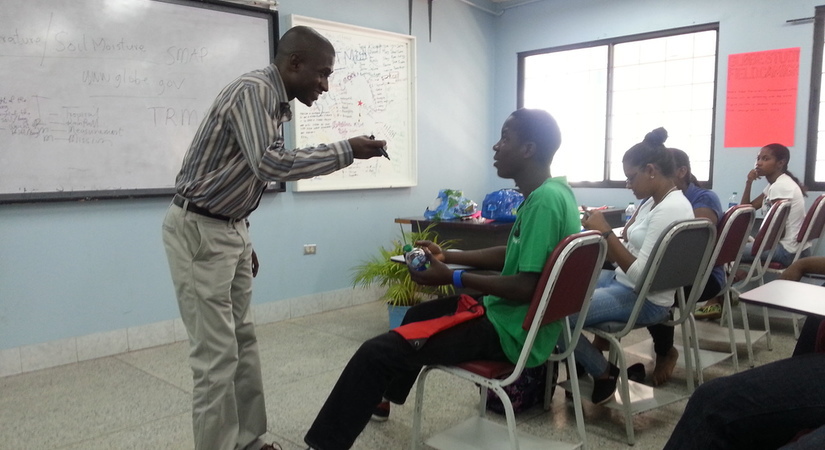 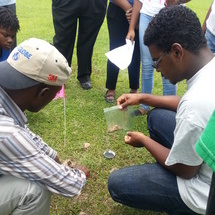 Mr. Olawale Oluwafemi (called “Femi” by his friends) is the Senior Scientific Officer and Remote Sensing and Geospatial Analyst at the National Space Research and Development Agency in Nigeria.  Recently, he visited Trinidad and Tobago on a five-day GLOBE training for GLOBE students and teachers.

“This training, which took place from 25 to 29 July 2016, was held to create awareness about the GLOBE Program and how it is a first class international program for environmental education,” said Oluwafemi. 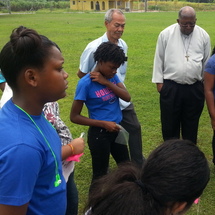 GLOBE Partner Trinidad & Tobago (GPTT) is a registered non-profit, non-governmental organization (NGO), created to assist the Ministry of Education in the implementation of the GLOBE Program in the Trinidad and Tobago school system in collaboration with GLOBE Brazil Secondary School.

During the first day of the week-long training, Oluwafemi and Mr. Ali (the GLOBE Coordinator at the Brazil Secondary School) met with three officials from the University of Trinidad and Tobago (O’Meara campus) on how GLOBE can be implemented at the university.

Oluwafemi’s visit allowed for trainings at no cost to the GPTT.  GLOBE teachers and students were trained in the following NASA/GLOBE protocols: 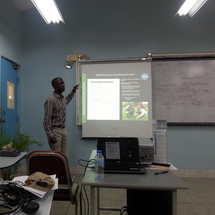 Training days started around 9:00 am in the morning and ended around 4:00 pm in the evening at the Brazil Secondary School, and was witnessed by GLOBE Country Coordinator, Henry Saunders.

The GPTT and Oluwafemi discussed with the government officials present at the meeting how to properly fund the GLOBE Program and about the development of the GLOBE Program Proposed Action Plan in Trinidad and Tobago. 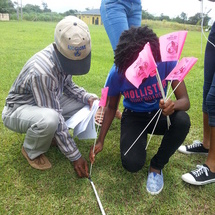 On the second to last day of the event, the GPTT Team and Oluwafemi also met with the Chief Secretary of the Tobago House Assembly to discuss and hand over the official draft proposal on environmental developments projects through the GPTT.

Of note, Oluwafemi and the GLOBE Country Coordinator, Henry Saunders discussed the relevance of the GLOBE Program to the educational systems in Trinidad and Tobago on TV Me (Port of Spain, Trinidad).

“As a GISN member, we are mandated to inspire, mentor and motivate students and teachers worldwide. The visit gave me an ample opportunity to reach out to GLOBE students and teachers; the Minister of Education, Trinidad and Tobago; and the Secretary, Tobago House of Assembly; and other major sponsors of GLOBE activities in Trinidad and Tobago in Nigeria.  This visit also allowed the GLOBE Program to keep in touch with the local scientists. Beside this, the visit promoted the relevance of GISN and the science working groups to the GLOBE Program on the ISAAC FM 98.5 in a program titled “Looking for a Solution,” concluded Oluwafemi.