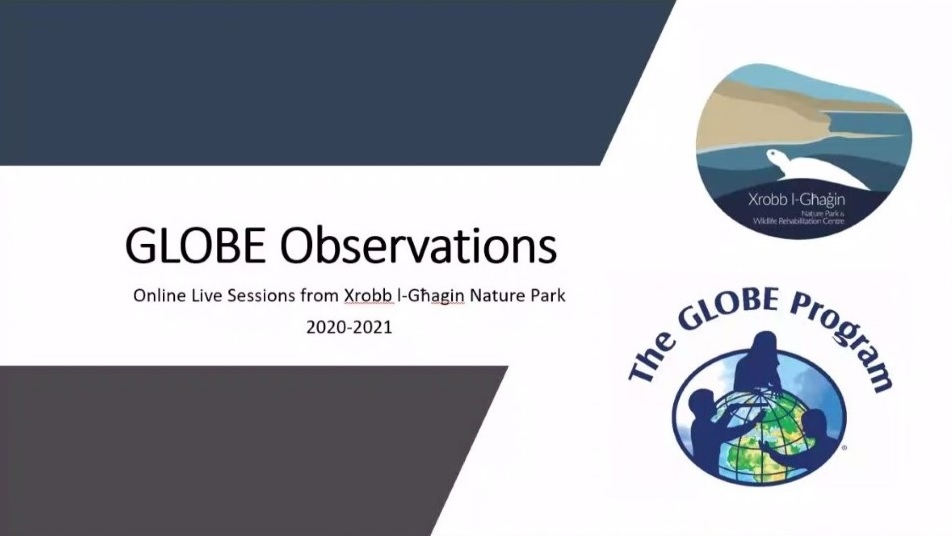 From January through June 2021, students from across Malta engaged in virtual fieldwork – managing to take “the outdoors indoors” during the pandemic.

“I am proud that the pandemic did not stop Education for Sustainable Development (ESD) at Xrobb l-Għaġin from taking nature into the classrooms,” Esther Sammut Carbone, ESD teacher at Xrobb l-Għaġin Nature Park in Marsaskala, Malta, said. 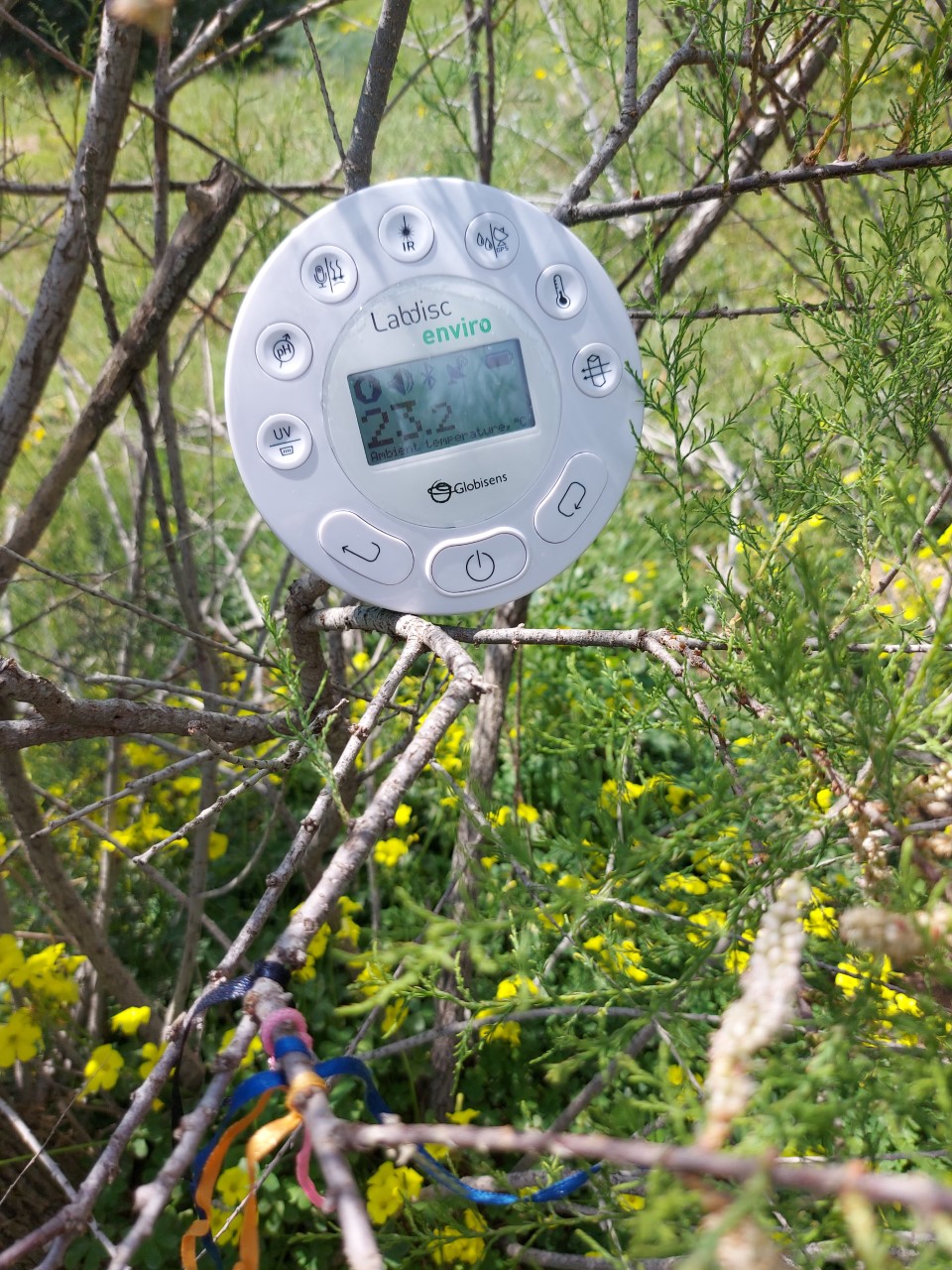 “Virtual fieldworks were organized in close collaboration with GLOBE Malta. Ramona Mercieca, GLOBE Deputy Coordinator for Malta, delivered a presentation in each session. She introduced The GLOBE Program and illustrated how to use the GLOBE Observer App for Cloud Observations; how to take surface temperature using an infrared thermometer; what the Urban Heat Island Effect (UHIE) entails, and how schools can contribute in the UHIE Campaign; how to measure tree height using The GLOBE Program’s app, GLOBE Observer; and how to touch seasons by observing and monitoring leaf growth using GrowApp,” Carbone said. 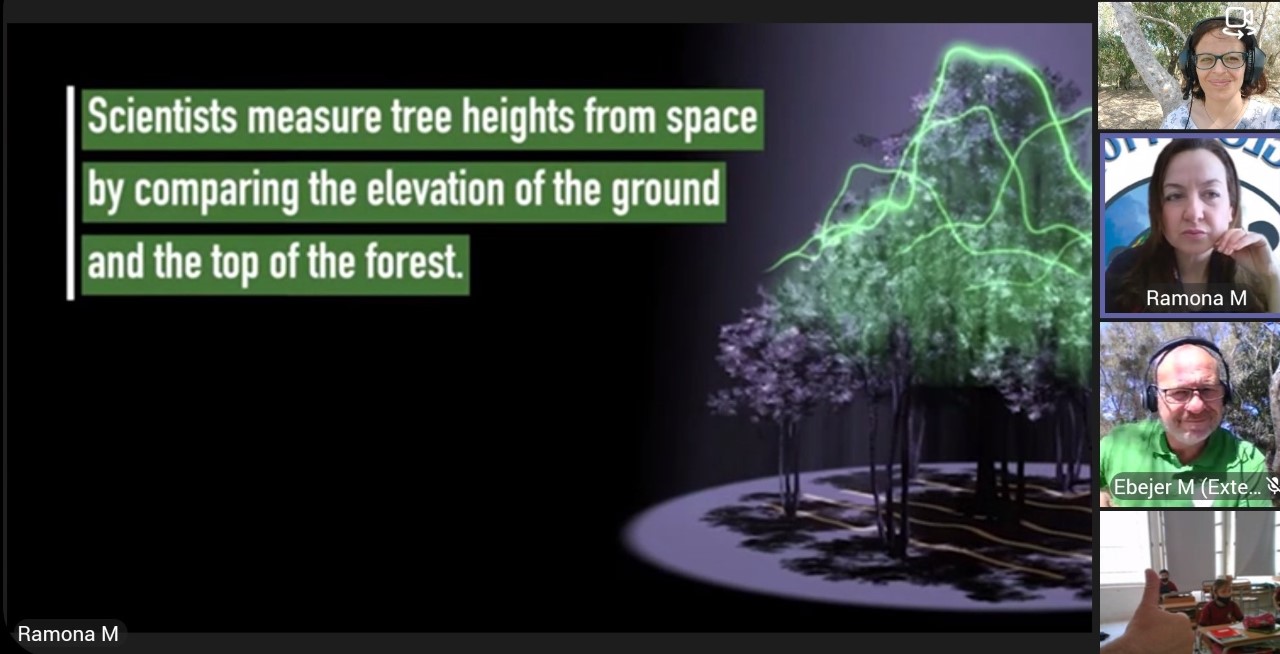 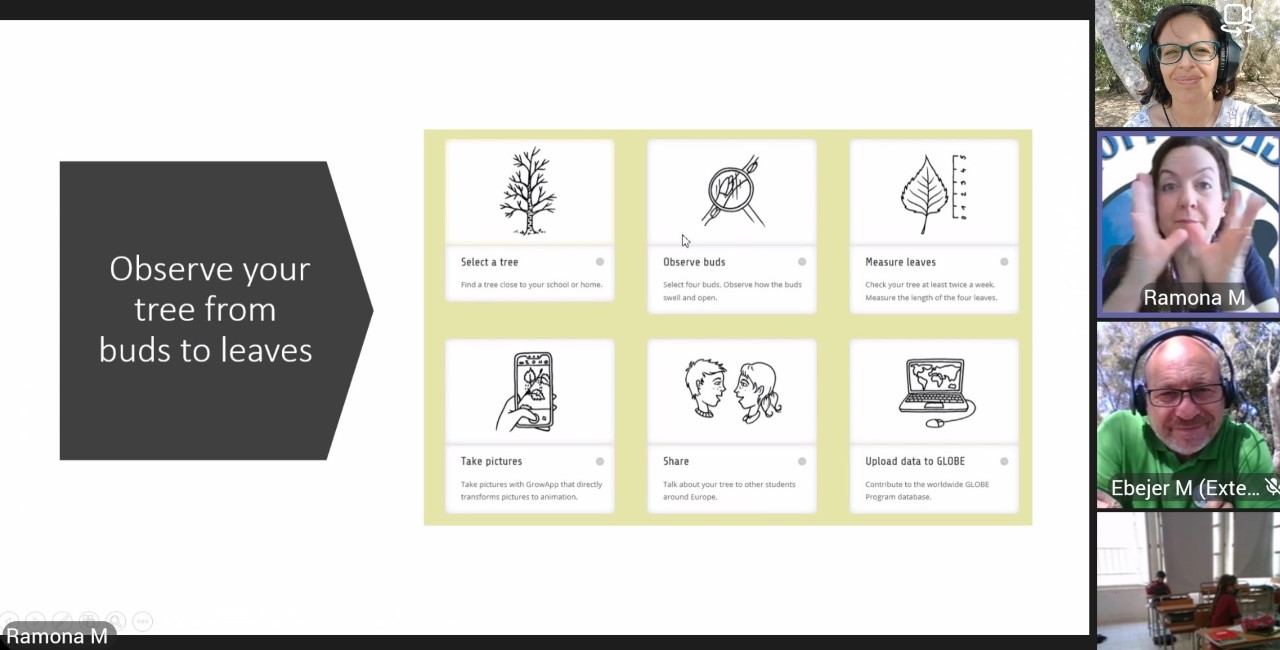 “Following her presentation, I did the Cloud Observations along with other weather readings, with the participation of the students as part of the live virtual fieldworks from the outdoors. We reached out to 1,674 students and educators across Malta and Gozo from 25 state, church, and private school sectors.”

“Education for Sustainable Development themes are an integral part of the ESD at Xrobb l-Għaġin Program, and it is innovative to raise these through GLOBE observations. The emphasis of the virtual fieldworks was on the UHIE, climate change, the carbon cycle and benefits of afforestation, which highlighted further the relevance of GLOBE observations made to contemporary and long-standing environmental matters.” 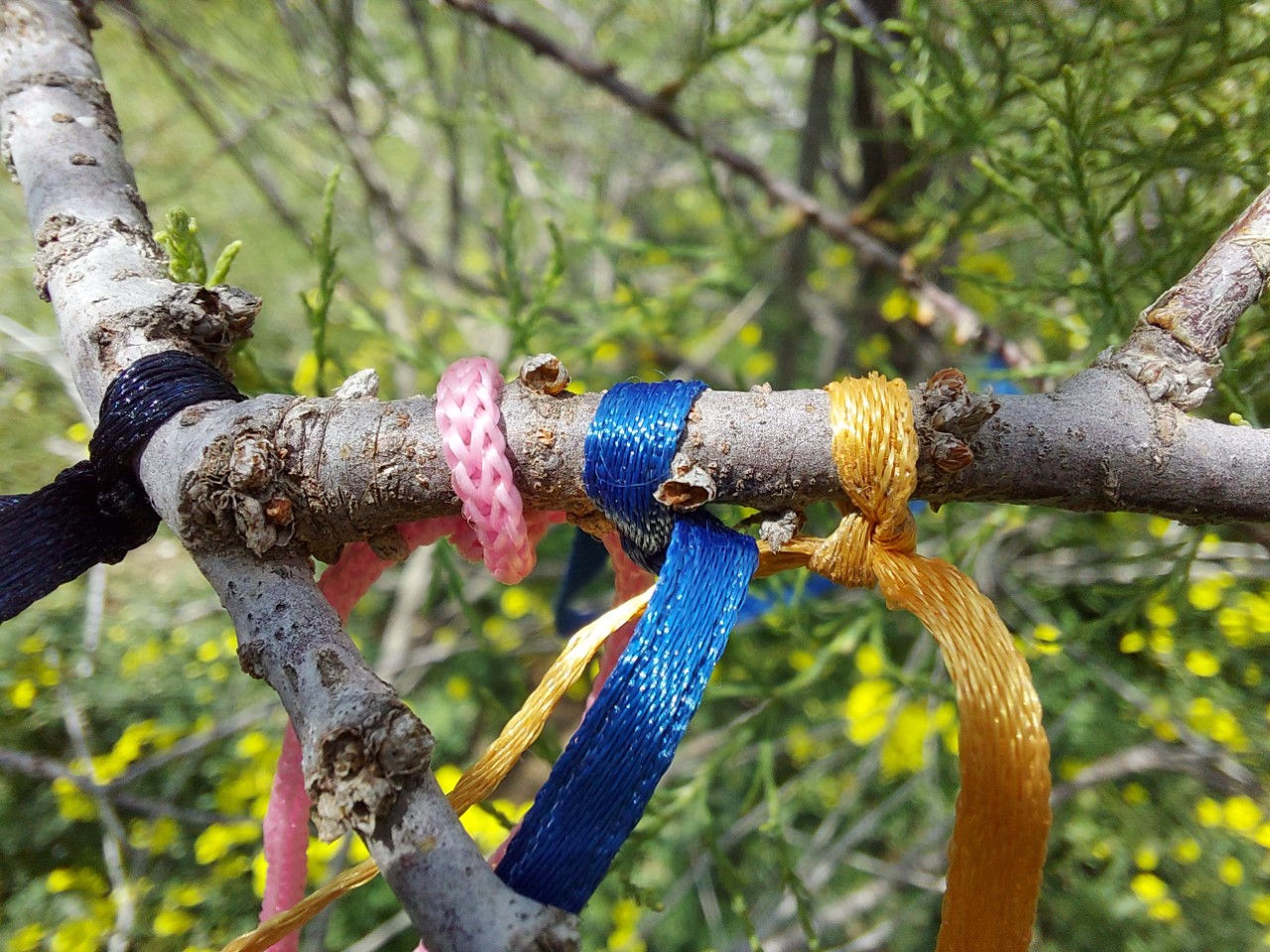 “Some of the sessions focused on benefits of trees and Neville Ebejer, from Ambjent Malta, delivered a presentation on local indigenous trees while Ramona Mercieca introduced the participants to the European Phenology Campaign, green-up and green-down, and tree height protocols.”

“In these sessions, I presented my green-up observations of an African Tamarisk at Xrobb l-Għaġin Park, this being the only deciduous species on site. I highlighted how the very early greening up of the Tamarisk tree under investigation relate to the exceptionally hotter February from the weather observations of that month possibly due to climate change!”

“Each session was also a journey that led to the actions needed to curb down such changes in the environment, placed within the wider context of the Sustainable Development Goals (SDGs) of the United Nations.”

“Students experienced how cool and easy it is to do science from the palm of your hand, especially by the user-friendly GLOBE Observer App and GrowApp, which serve to ignite the enthusiasm and curiosity in generations born in such a high-techera,” Carbone said. 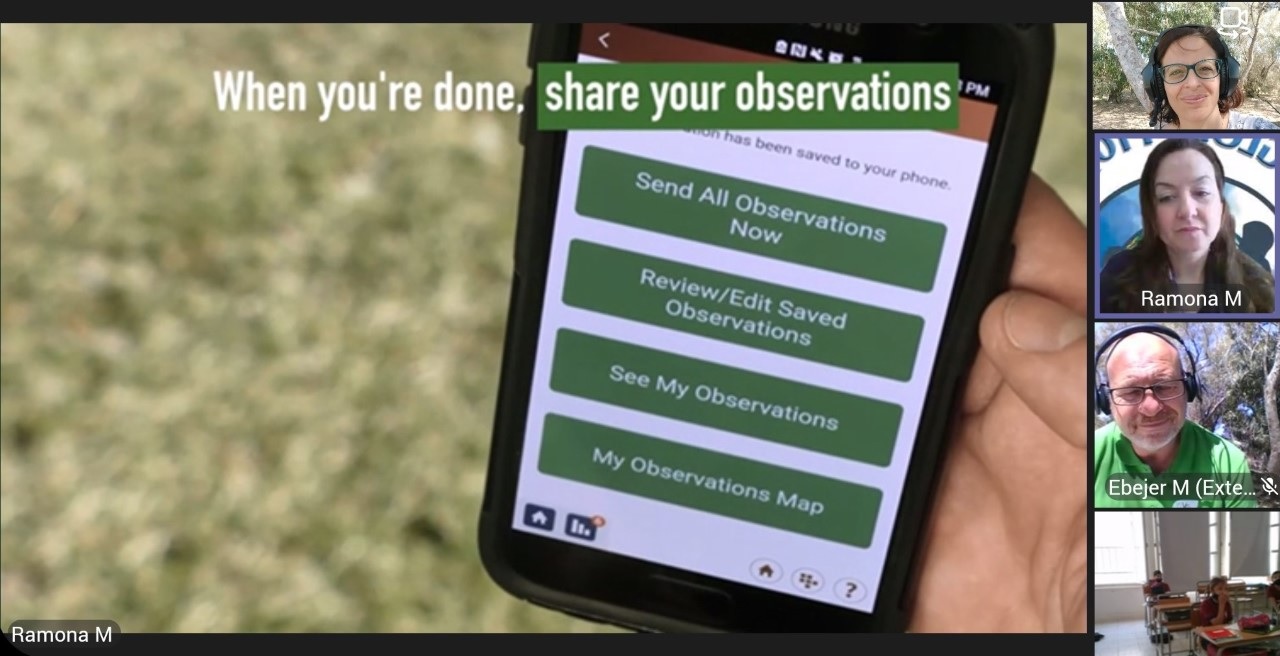 “They were stimulated to develop critical thinking skills by reflecting on GLOBE observations and their surroundings – beyond whether the views around them are beautiful or ugly to look at – and to realize that they are a key part of the solution.”

Carbone noted that positive feedback from teachers (including from Ms. Farrugia at St Aloysius College, Malta, who commented: “I just want to tell you well done. The students enjoyed it and learned a lot! The teachers were satisfied as well!” and from Ms. M.V. Demanuele at Sacred Heart, Malta, who commented: “I congratulate you on the interesting experience you offered our students.”) points to the overall success of the project. “Some students took it further by a follow-up activity involving the GLOBE Carbon Map activity suggested in the GLOBE website,” Carbone said. 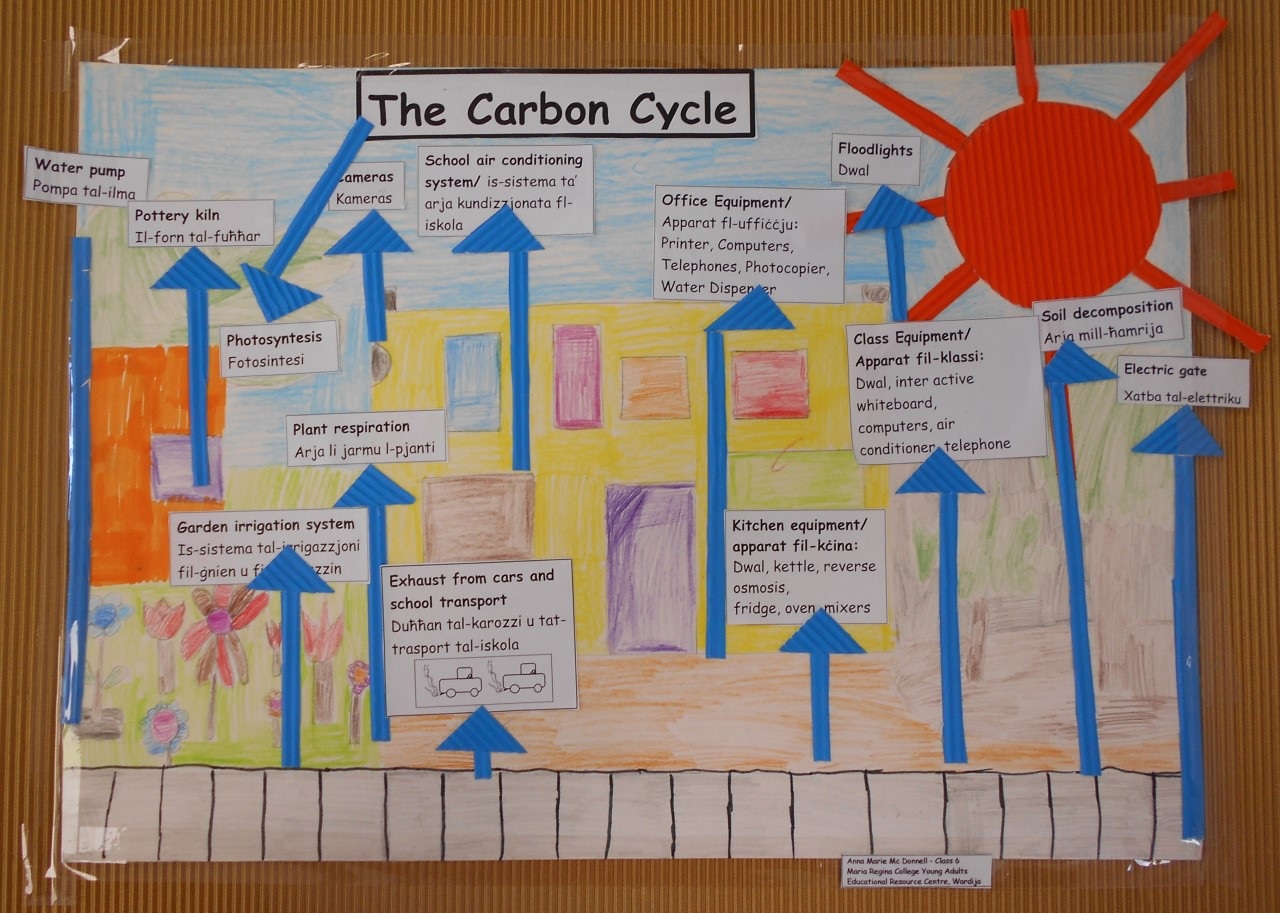 “This initiative was very important for me,” Carbone said, “because I could provide a fun activity that gave the opportunity to experience the park when school outings were prohibited. If they cannot visit the park, the park visits them! GLOBE observations made it even more meaningful as can be understood from this feedback by Ms. Brincau at Mater Boni Consilii School, Paola, Malta: ‘Thank you for the interesting sessions held with our classes this scholastic year!’ or from Mr. Bajada’s at B’Kara Primary School, Malta: ‘I heard positive comments regarding the online sessions. Well done and keep it up!’”

“Last year, my plans to integrate GLOBE in the ESD at Xrobb l-Għaġin programme were stopped by COVID-19. The virtual fieldwork sessions were instrumental to reach this goal I had back then. I look forward to future on-site educational events from Xrobb l-Għaġin GLOBE site and I envision it as an active hub that shall produce new knowledge through GLOBE protocols observations,” Carbone said.

“Throughout the months, I was proud that the sessions served to promote The GLOBE Program as a great learning opportunity based on the Earth as a System Approach, in the local education system where, by and large, teaching and learning still occurs through an exam-oriented, fragmented approach through separate academic subjects that do limit the space for experiential learning. Getting spontaneous feedback like, ‘Thank you for all your hard work Ms. Esther Sammut Carbone,’ from Ms. Gatt at Qormi San Gorg Primary School, Malta, is encouraging indeed to keep on pursuing such goals.”

“The GLOBE Program was promoted with a good number of local schools and participants in the virtual fieldworks. The live online sessions encouraged schools to register as GLOBE schools and make their own cloud, surface temperature, and tree height observations from school; and to participate in the European Phenology Campaign. Some schools intend to do so, as demonstrated by this feedback from Ms Buttiġieġ from St Paul’s Missionary College: ‘Thank you so, so much, it was a very informative session, will definitely try out the Apps after the benchmark exams.’”

“GLOBE Malta Deputy Coordinator, Ramona Mercieca, also received positive feedback and as she herself stated: ‘thanks to these live observation sessions we managed to reach out to more students, teachers, and parents – and make them aware of the great opportunities offered by The GLOBE Program. GLOBE Malta is excited to get more students involved in data collection through new collaborations planned with Xrobb Għaġin Nature Park.’”

“My aim for the future is also to keep on inspiring schools in future on-site visits to get engaged in The GLOBE Program beyond their outing to Xrobb l-Għaġin Nature Park,” Carbone said. “Serving to motivate schools to become other GLOBE sites as a ripple effect of the outing to the park would be an honour!” 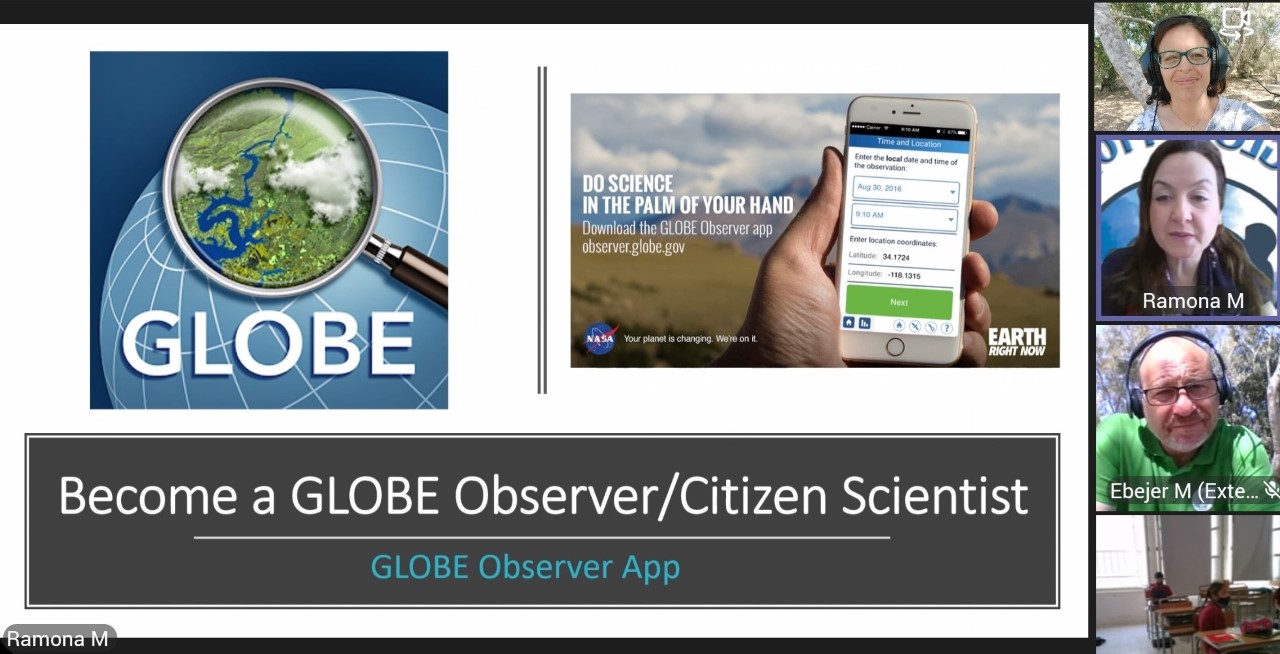 “Through virtual fieldworks, we managed to take the outdoors indoors during a time that saw our students confined to the classrooms and, at times, locked up at home,” Ramona Mercieca said. “They really enjoyed the sessions offered, as seen from the feedback received, and look forward to more GLOBE observations during the new scholastic year 2021-2022.”