Mark your calendars for World Space Week, 4-10 October 2008, which occurs every year on these same days in the month of October to commemorate two significant events in space history. On 4 October 1957, the first satellite, Sputnik 1, went into orbit, introducing a new era in space exploration. Ten years later, on 10 October 1967, the United Nations adopted the Treaty on Principles Governing the Activities of States in the Exploration and Peaceful Uses of Outer Space, including the Moon and Other Celestial Bodies. Every year, World Space Week attempts to support space exploration worldwide through various programs and activities focusing on a central theme. This year's theme is " Exploring the Universe" and encourages participants to reflect upon Space as the next frontier. The World Space Week Association, in partnership with the United Nations, maintains the global coordination of this event. Participants include schools, astronomy clubs, model rocket clubs, museums, libraries, government organizations and aerospace corporations. 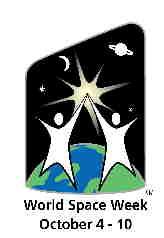 Visit NASA's World Space Week Web page to find links to many topics related to Space, Satellites and Space Exploration along with a wide array of related topics for anyone interested in participating in World Space Week. You will also find a page listing national coordinators in sixty countries, and a Teachers Activity Guide in Dutch, English, French, German, Spanish, Italian and Portuguese. 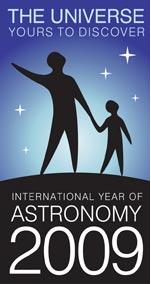 In 2009, the International Year of Astronomy, initiated by the International Astronomical Union and UNESCO, will help the citizens of the world appreciate the impact of astronomy on our daily lives. Already, at this early stage, more than 125 countries have committed to taking part in the worldwide campaign, with many more to join as the campaign gets underway. In collaboration with NASA's Lunar Science Institute and more than a dozen strategic cooperating agencies, including the European Space Agency, The International Year of Astronomy (IYA2009) will be a global celebration of astronomy and its contributions to society and culture, highlighted by the 400th anniversary of the first use of an astronomical telescope by Galileo Galilei.

GLOBE continues to advance GLOBE at Night, the international stargazing campaign which directs students, families, and the general public how to observe and record the number of stars visible in the night sky. Observers use a set of template images to match their view of the constellation Orion, selecting from a range of visibilities from very bright to very dark skies. From the data collected from the GLOBE at Night campaign, an image of the globe at night can be created, showing light pollution around the world. 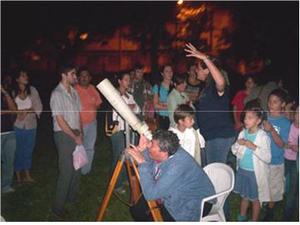 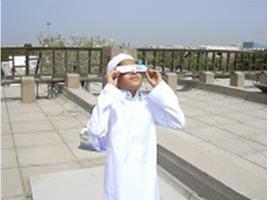 The features on the GLOBE Web site front page inform readers about what is happening in the GLOBE community. GLOBE "Stars" are stories of projects and people that shine, the bright lights that spark our imagination and inspire us with stories of GLOBE at work in the world. Below is a list of some of the GLOBE Stars having to do with GLOBE students studying space, clouds, satellite mission, planetary transits and other activities related to World Space Week and the International Year of Astronomy.

GLOBE at Night Participation Expands Around the World 09-AUG-2007

Uruguay Investigates GLOBE at Night 09-MAY-2007

GLOBE "Stars" originate in a number of ways, and one of them is through readers like you. If you would like to share information about GLOBE in your community contact the GLOBE Program OfficeTo submit a Star idea.

Study and research of space offers opportunities as vast and infinite as the universe itself. Join GLOBE Students around the world in celebrating World Space Week, from 4—10 October, and the International Year of Astronomy in 2009.