Sixth grade students from Primary School Nº 85, Montevideo, Uruguay, who conducted research on light pollution under the guidance of GLOBE Teacher Patricia Piriz, obtained the First Prize in the National Fair of Science Clubs of the Program of Popularization of Scientific Culture, organized by the Directorate of Innovation, Science and Technology for Development, of the Ministry of Education and Culture of Uruguay. 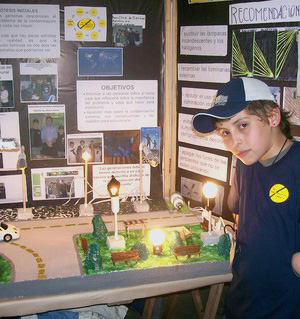 Their research was based on the analysis of GLOBE at Night data. GLOBE at Night is an international campaign designed to increase awareness of light pollution, the excessive exterior and interior lighting from homes, offices, factories, parking lots, billboards, sports stadiums and street lights. Impacting nature in many ways, light pollution is considered a form of habitat destruction. The goal of this student project was to contribute to the dissemination of information on light pollution in Uruguay since, according to their hypothesis, the population's lack of awareness of the problem is preventing public discussion and attempts at identifying solutions for this growing environmental issue.

The young investigators, aged between 12 and 14 years old, managed to get support from local authorities, the Directorate of Energy Efficiency of the Ministry of Industry, Energy, and Mining, UTE (the national electricity company), the School of Sciences of the University of the Republic, and the Association of Amateur Astronomers. 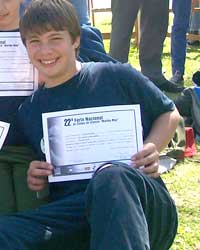 The Evaluation Committee of the National Fair encouraged the winners to continue implementing this project and to reach out to other institutions. The Committee also praised the election of the subject, the work methodology, and the oral presentation given by the students. United States Ambassador Frank E. Baxter, a strong advocate for GLOBE implementation in Uruguay, extended enthusiastic congratulations for this outstanding student achievement in a letter to teacher Patricia Piriz.

"Light pollution impacts life on Earth in considerable ways. Electricity, the primary source of lighting, is still produced largely through the use of non-renewable fossil fuels such as oil and coal which are wasted on the creation of unnecessary lighting. Nocturnal wildlife is also affected; some will not reproduce where excessive lighting becomes a form of habitat destruction, while other animals avoid lighted areas altogether. 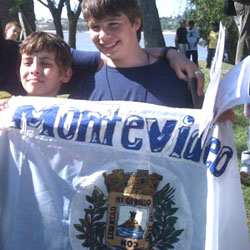 Migratory flight paths have been altered due to light pollution for some species of bats. Light pollution also affects sea turtles. Female sea turtles seek out dark beaches that are isolated and undeveloped to lay their eggs each year. When baby sea turtles hatch they instinctively move toward light, which historically means the ocean, with its reflected starlight and moonlight. But when light pollution exists, the baby hatchlings don't know which way to go! Many never reach the ocean. 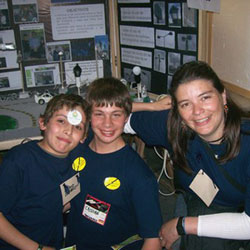 But the good news is that light pollution is reversible! If everyone becomes more mindful of installing proper lighting and turning out unnecessary lights, perhaps the citizens of the Earth can reclaim the night sky as it appeared long ago. Some communities have enacted laws prohibiting street lights that shine upward, not only saving the night sky, but also electricity costs. To find out more about what you can do, please visit the Web site of the International Dark Sky Association."
--from GLOBE Star GLOBE at Night 2008 Observed Around the World, 12 May 2008.