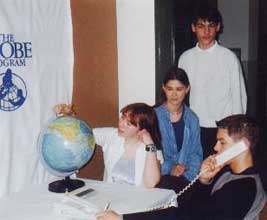 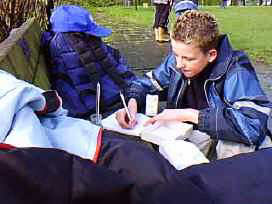 Mittelschule Elsterberg was one of the first GLOBE schools in Germany, selected as part of the country's initial GLOBE pilot project of 27 schools. Their contributions to science have been recognized by local media, and their work has been featured on television several times. In recognition of their hard work, the students were selected to help represent GLOBE schools worldwide in a special satellite telephone event with scientists working at the North Pole.

Working under the guidance of GLOBE teacher Mr. Rolf Beckert, the students have contributed reports of their GLOBE activities to their school website http://www.elsterberg.de/schule.htm. One student even created a board game in which competitors advance by correctly answering questions about GLOBE! Congratulations to all the students of Mittelschule Elsterberg for their outstanding contributions to science.