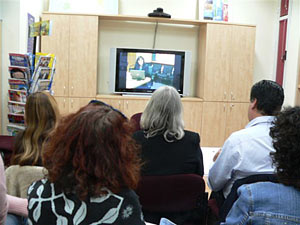 On 19 April 2007, a pre-Earth Day video conference event took place in Tel Aviv, Israel. The goal of the event, according to Mr. Farid Hamdan, GLOBE Israel Country Coordinator, was to deepen the understanding of the GLOBE Program among Israeli elementary and secondary school teachers from all ethnic and religious backgrounds — Jewish, Arab, Druze, and Bedouin; to initiate Earth Day 2007 activities in Israel; and to strengthen national GLOBE implementation.

Israel joined the GLOBE Program on 24 March 2005. Since that time, 109 of the 129 GLOBE schools in Israel have entered data on the GLOBE Web site. Over 96,000 measurements have been submitted to the GLOBE data base and GLOBE schools in Israel have presented their research at the 1998 GLE in Finland and at the 2000 GLE in Arkansas USA. In addition, four schools have received citations on the Chief Scientist's Honor Roll: Yuvale Habesor (Mercaz Zohar D.N. Negev), Ramat Aviv Gimmel (Ramat Aviv), Hava Haklail (Taibe) and Ahavat-Zion (Tel Aviv). 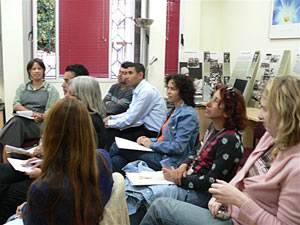 Special thanks are extended to Mr. Farid Hamdan, GLOBE Country Coordinator from the Ministry of Education in Tel Aviv, Mr. Israel Weisenstern, Supervisor of Environmental Studies, and Ms. Miriam Sadeh, Regional GLOBE Director from the Negev Schools in southern Israel, for initiating this important event. In addition, GLOBE wishes to extend our gratitude to the U.S. Embassy in Tel Aviv, as well as the U.S. Department of State in Washington D.C., for making the event possible.