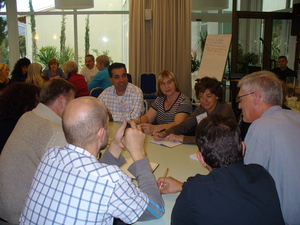 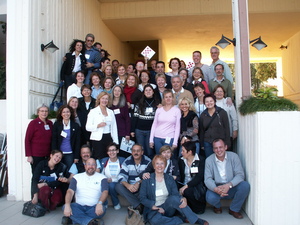 Dr. de Guzeman, of the WMO, inspired the audience with his presentation concerning the collaborative possibilities for GLOBE Country Coordinators and the WMO national members. Additional examples were provided by Dr. Janja Milkovic, of the Meteorological and Hydrological Service in Zagreb, who has collaborated with Ms. Diana Garasic, GLOBE Croatia Country Coordinator, for many years. 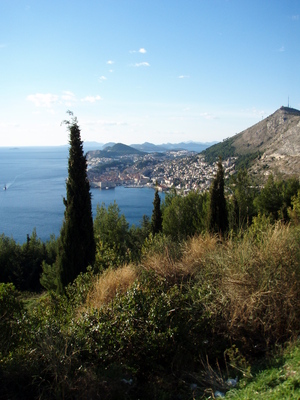 Serendipitously, it was discovered that one of the participants from Croatia, Ms. Martina Pulic, began her involvement with GLOBE as a student and is currently leading GLOBE activities in her school! Look to the GLOBE Web site in the near future for a news feature about Martina.

The Workshop was concluded with an optional trip to look for Earth system connections in Konavoski Dvori, a natural setting not far from Dubrovnik. The vegetation growing in the area allowed for the group's hypothesis that the bedrock was probably limestone; a discussion about which measurements might help to gather data and either support or refute this observation ensued allowing the group to see GLOBE protocols and learning activities as a set of scientific tools that could be used not only separately, as in the 5 investigations within the Teacher's Guide, but also in combination.