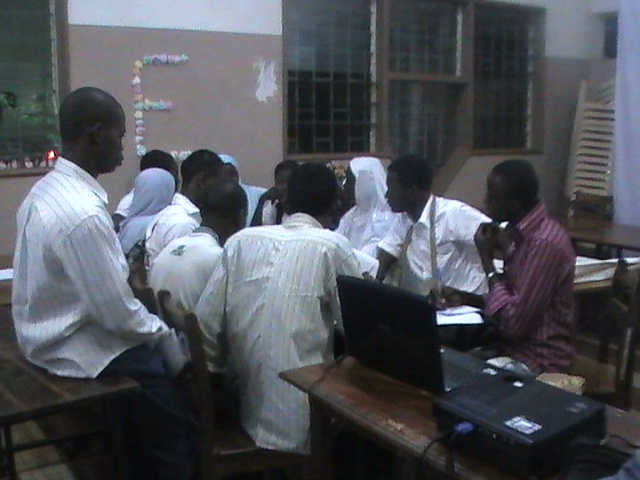 The objective was to teach Benin students about climate research and the appropriate steps they can take to alleviate contributing factors as summarized by their GLOBE research reports. Benin Alumni aim to enhance awareness of the student community related to climate themes and to help students engage in activities that strengthen GLOBE student research activities in their country. 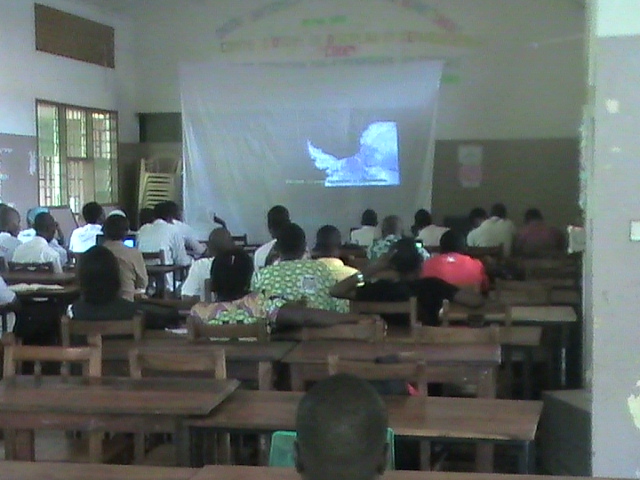 The celebration began with a screening of "An Inconvenient Truth," a documentary based on former Vice President Al Gore's campaign to raise awareness of issues related to global warming, a world-recognized problem. Gore's film won the Nobel Peace Prize in 2007, and was an appropriate introduction to the conference theme: Trends and Alternatives of the Climate Change Phenomenon in Benin Republic. Students at the University of Abomey Calavi attended workshops designed to promote discussion of research project ideas and responsible actions the Alumni might initiate with GLOBE students that could lead to studies and proposals for solutions that mitigate the effects of climate change in their respective communities. The GLOBE Alumni in Benin also planned ways in which they could work with Alumni in other African countries to collaborate with each other during the GLOBE Student Climate Research Campaign (SCRC). The meeting concluded with a report of the day's activities and a celebratory dinner offered to participants. The next proposed step is to initiate the same event on other university campuses in Benin, including Porto-Novo, Lokossa, and the University of Parakou.

GLOBE Alumni in Benin are representative of a Youth Leadership movement that is emerging in Africa and other parts of the world. They have the commitment, energy, and passion for ‘making a difference' through their activities with present GLOBE students. 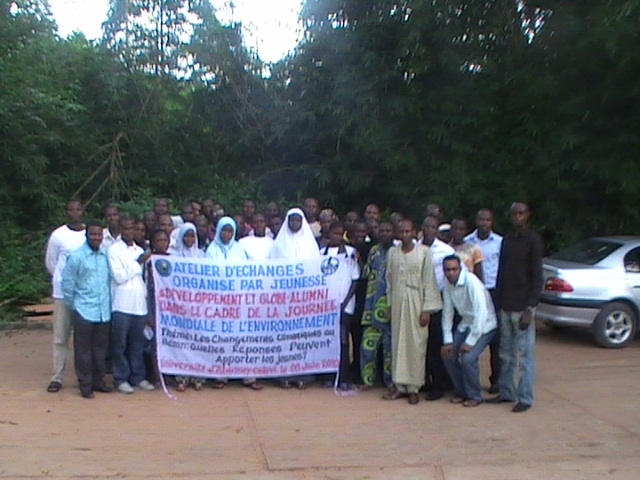 GLOBE Alumni, worldwide, continue to be inspired by the opportunities for engagement with the GLOBE Program. At the Alumni level, they are learning skills necessary for successful careers in a competitive 21st century workforce, and are mentored by scientists, professors, and each other as they work with GLOBE teachers and students to encourage scientific study of their environment and responsible behaviors toward the natural world, the cultural world, the technical world and the world of ideas.

The GLOBE International Alumni Organization provides the structure and momentum for former GLOBE students to extend their engagement with The GLOBE Program and inspire the next generation of global scientists and informed citizens.

For more information about the GLOBE Alumni Organization please visit: