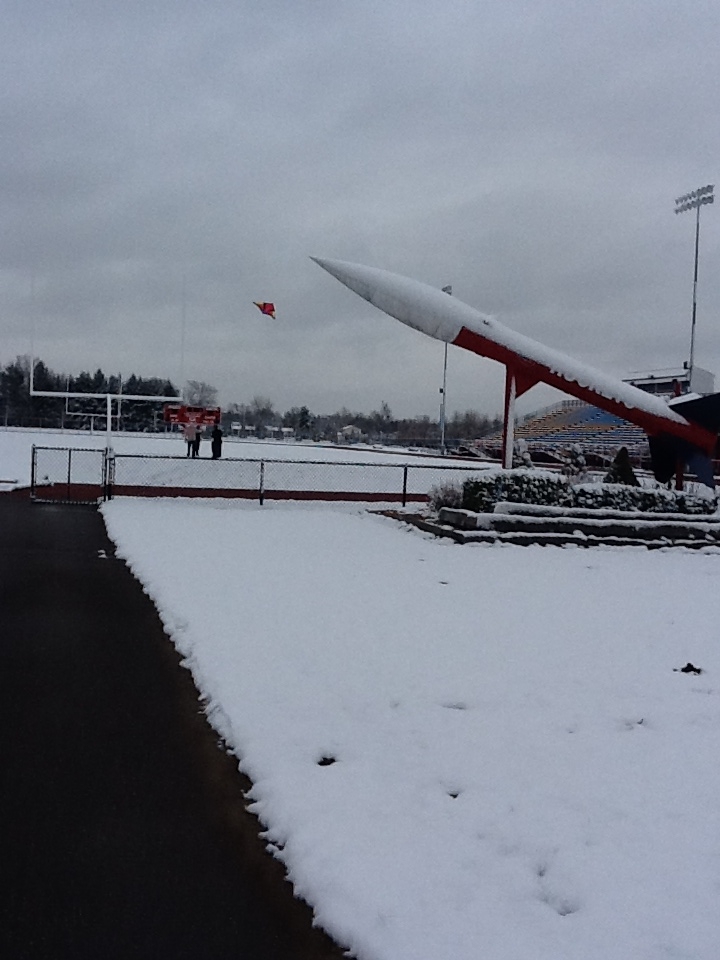 GLOBE teacher Mrs. Amanda Laidlaw at John Glenn High School challenged her students to sharpen their inquiry skills by researching their local climate in Westland, Michigan. Laidlaw guided her students through the study of weather and climate as part of GLOBE's Student Climate Research Campaign. Following the NASA Climate Module, junior and senior level students sought to answer the driving question of the semester: "What is our climate?" The work of Laidlaw and her students was supported through participation in the "Investigating Climate Change and Remote Sensing (ICCARS) Project," which was funded by NASA.

To prepare their minds for climate study, Laidlaw showed the 2004 film, Day After Tomorrow, in which a climatologist tries to determine how to save the world from detrimental climate change. Drawing from the movie, she asked students questions such as: "Do they really use ice samples?", "Are there ice samples for our area?", and "What are the Kyoto Accords?" 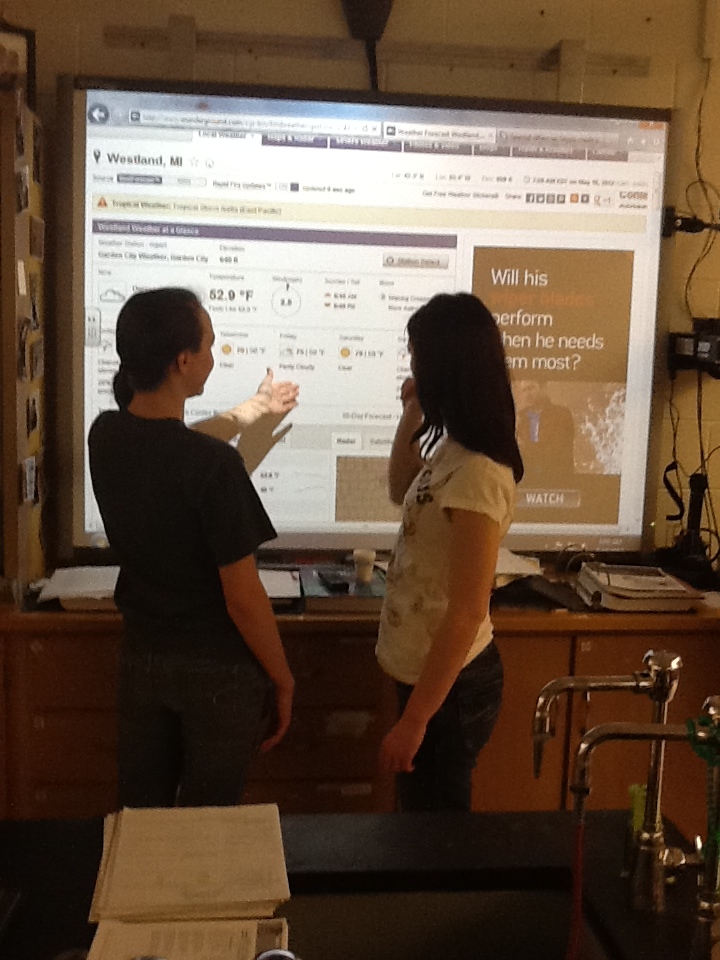 Using the Weather Underground website as a tool, students formed groups and began a reconstruction of Westland's climate history all the way back to August 1942; they also made predictions about what the climate might be like in 25 years. This exercise taught the students how to obtain, organize, and interpret historical climate data, and to present their findings to the class with knowledge and understanding. Evidence showed that the community's average temperature has increased slightly over the past 70 years, a fact students previously believed was just a myth.

Like others in the community, students also believed that wind gusts in Westland, Michigan have become stronger and more frequent through the years. However, their research proved that the average wind speed has actually decreased since 1943. Students were excited to share their discoveries with their families and it was good experience for them to learn about limitations that come when researching data. According to Laidlaw, "These students learned the importance of identifying and critiquing evidence when it relates to personal and societal issues." 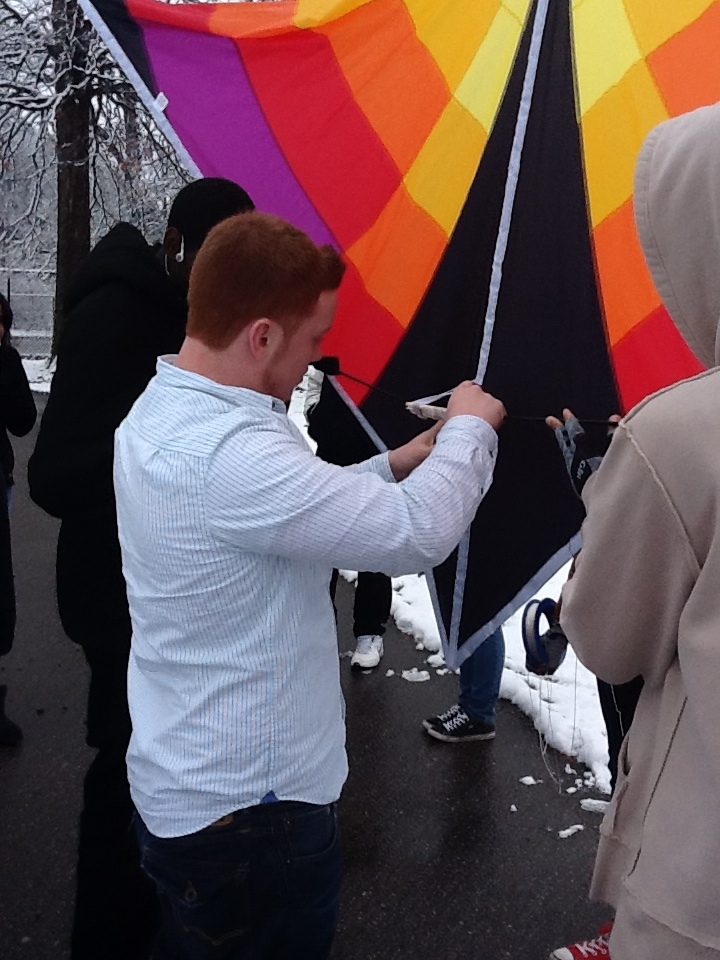 Following the third component of the SCRC, students were required to come up with their own research project. This phase encourages schools and students to investigate their local environment and to work with scientists on local climate issues. After they gained a basic knowledge of weather and climate, Laidlaw led students through GLOBE protocols including land cover, max/min/current air temperature, precipitation, and soil temperature. Additionally, students had fun flying large kites to practice ground survey and remote sensing. According to Laidlaw, "If students continue to express interest in performing ground cover research, they will have more opportunities to fly kites, possibly attaching cameras and remote sensing software to collect data in the future."

When asked what she learned in this Climate Unit and research project one student replied, "It is important to understand local climate and weather changes because it allows for a level of security. The ability to save lives, help businesses, and protect farmers and their products comes from understanding climate and weather. Accurate local forecasts of weather also allow for public convenience and preparation of changing conditions." 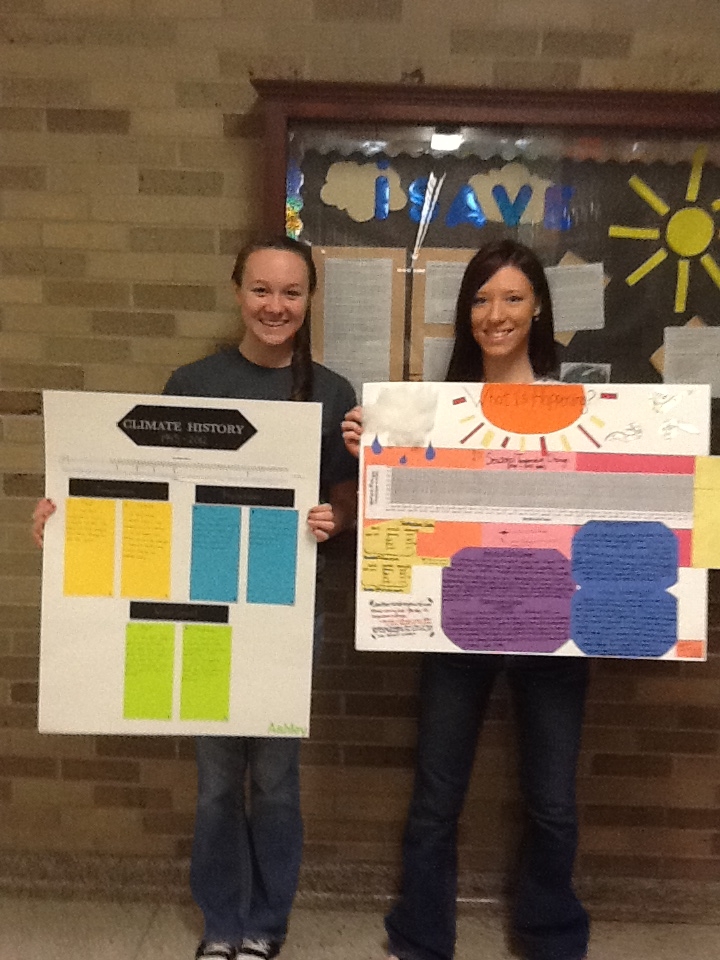 Laidlaw stated that she wants her students to complete the project with a strong inquiry skill set. "I want them to ask relevant questions and understand where and how to find the answers," she said. She added that she hopes her students can develop an understanding of a concept by using multiple sources and evaluate the accuracy or significance of the information. "I want them to identify and critique arguments about personal or societal issues based on evidence," she explained. She said that even though her Advanced Placement students are trained in the scientific method, and know what step comes next, they have difficulty applying the method to real-world activities. She stated, "Most of the time they are stalled at the very beginning—asking questions that can be investigated in a lab or the field. GLOBE has given them a platform to ask questions! While their research projects are still simple, they are beginning to generate new questions."

Laidlaw observed mixed responses from her students about the project but observed that the students who found it most challenging were those who were not afraid to ask questions, and appreciated the opportunity to provide their own input and form their own conclusions.

Laidlaw was trained by David Bydlowski, GLOBE Partner at Wayne RESA, in the summer of 2011. A Michigan State University graduate with a BS in Biological Sciences and a minor in Chemistry, as well as an Ed.M. in Policy, Planning, and Administration from Boston University, Laidlaw has been working hard at John Glenn High School for eight years and constantly challenges her students to improve their inquiry skills. She trains her Advanced Placement students to think critically in their sciences so that they can be better equipped for when they pursue their higher education, and noted that GLOBE provides an opportunity for students at John Glenn High School to generate relevant questions about the world around them.

The Next Generation of Climate Scientists in Peru