NENA Governance Meeting Brings Together 10 Countries in the Region 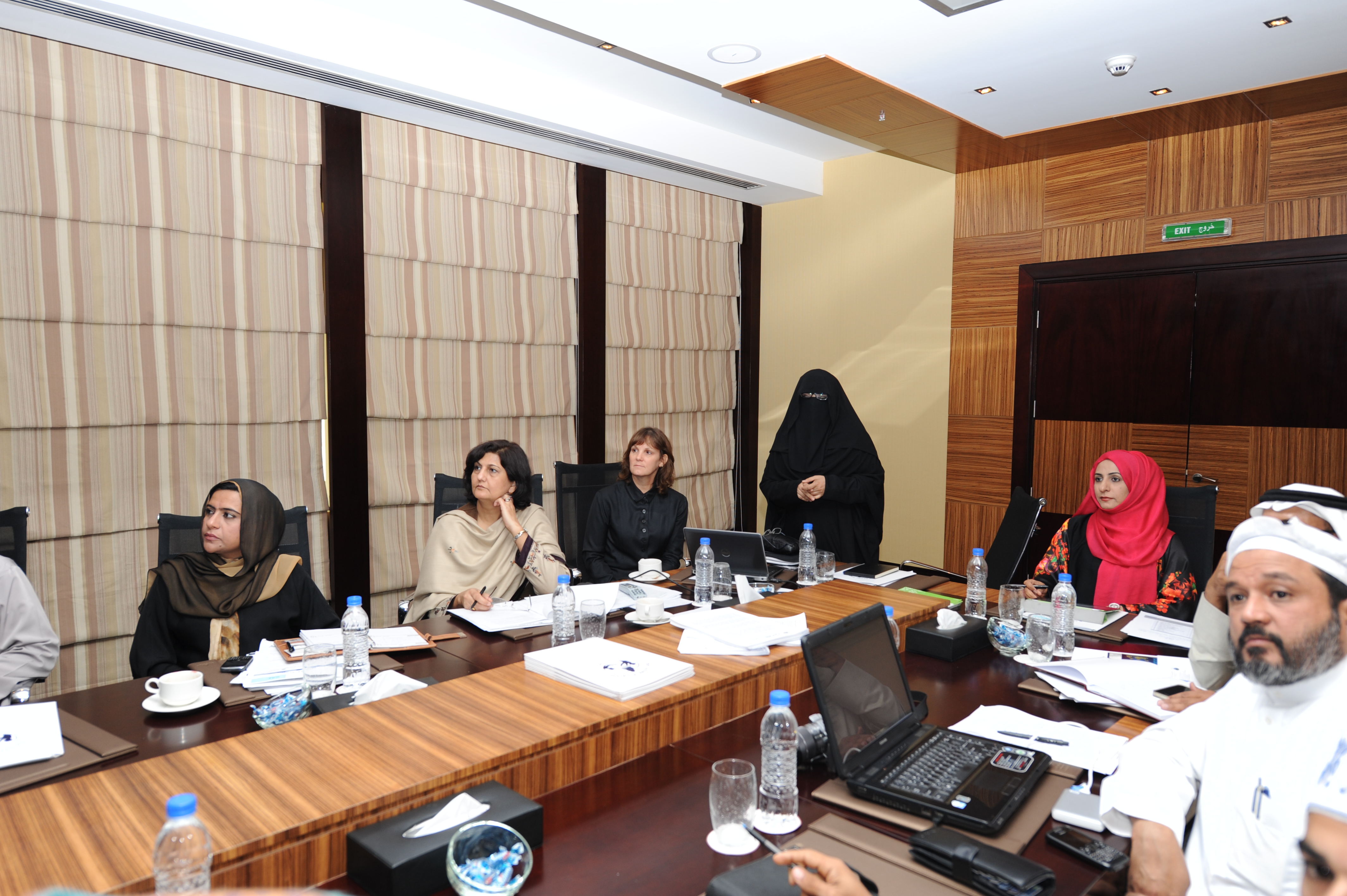 The GLOBE Near East+North Africa (NENA) Regional Meeting took place on 9-10 February 2012 in Muscat, Oman. The 2012 Regional Meeting was a continuation of discussions and strategic actions initiated at the July 2011 regional meeting that took place in Washington D.C., as well as a follow-up to the extensive regional training event that occurred in October 2011. Ten countries participated in the meeting including Jordan, Oman, Pakistan, Mauritania, Saudi Arabia, Tunisia, and the United Arab Emirates; connecting via telephone were Bahrain, Egypt, and Lebanon. All countries noted the exemplary leadership of former GLOBE Director Dr. Andy Tasker, United Kingdom, and a moment of silence was observed. 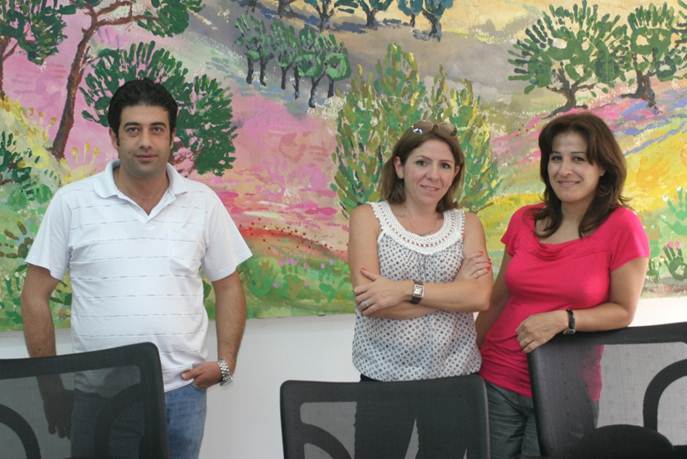 The meeting was opened by Mrs. Asma Al Belushi, GLOBE Oman Country Coordinator and Regional Meeting Host, and Mrs. Norah Al Nasser, NENA GLOBE International Advisory Committee Representative, and GLOBE Saudi Arabia Deputy Country Coordinator. "It is a sincere honor to serve in this position for the region and I look forward to representing your voice at all future GIAC meetings," stated Mrs. Nasser. Former NENA GIAC Representative Zakeya Ali Zada from Bahrain (2006-2011) was recognized and honored for her years of service. Zakeya continues to serve as an advisor to Bahrain GLOBE as well as a mentor to countries in the region. 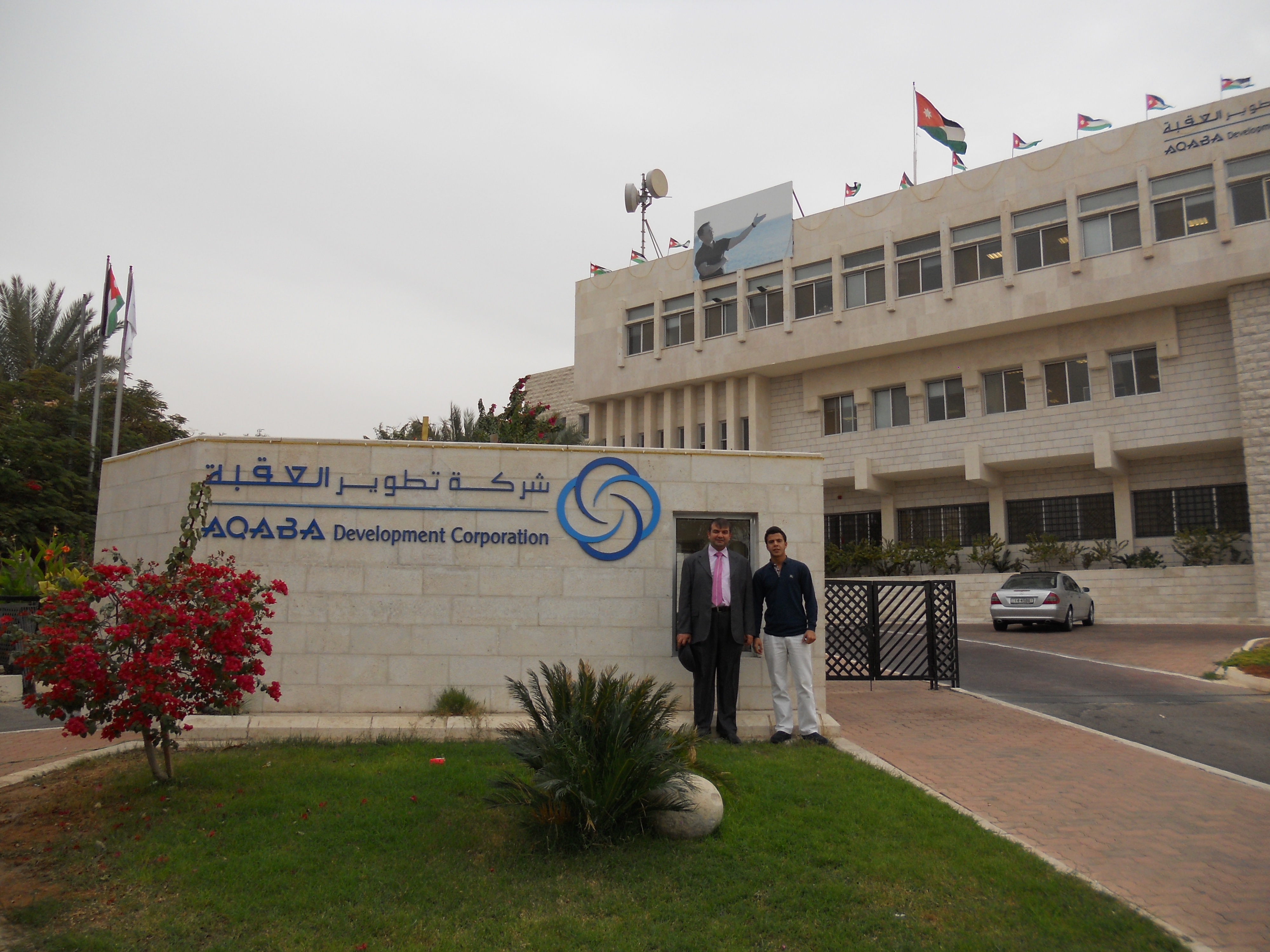 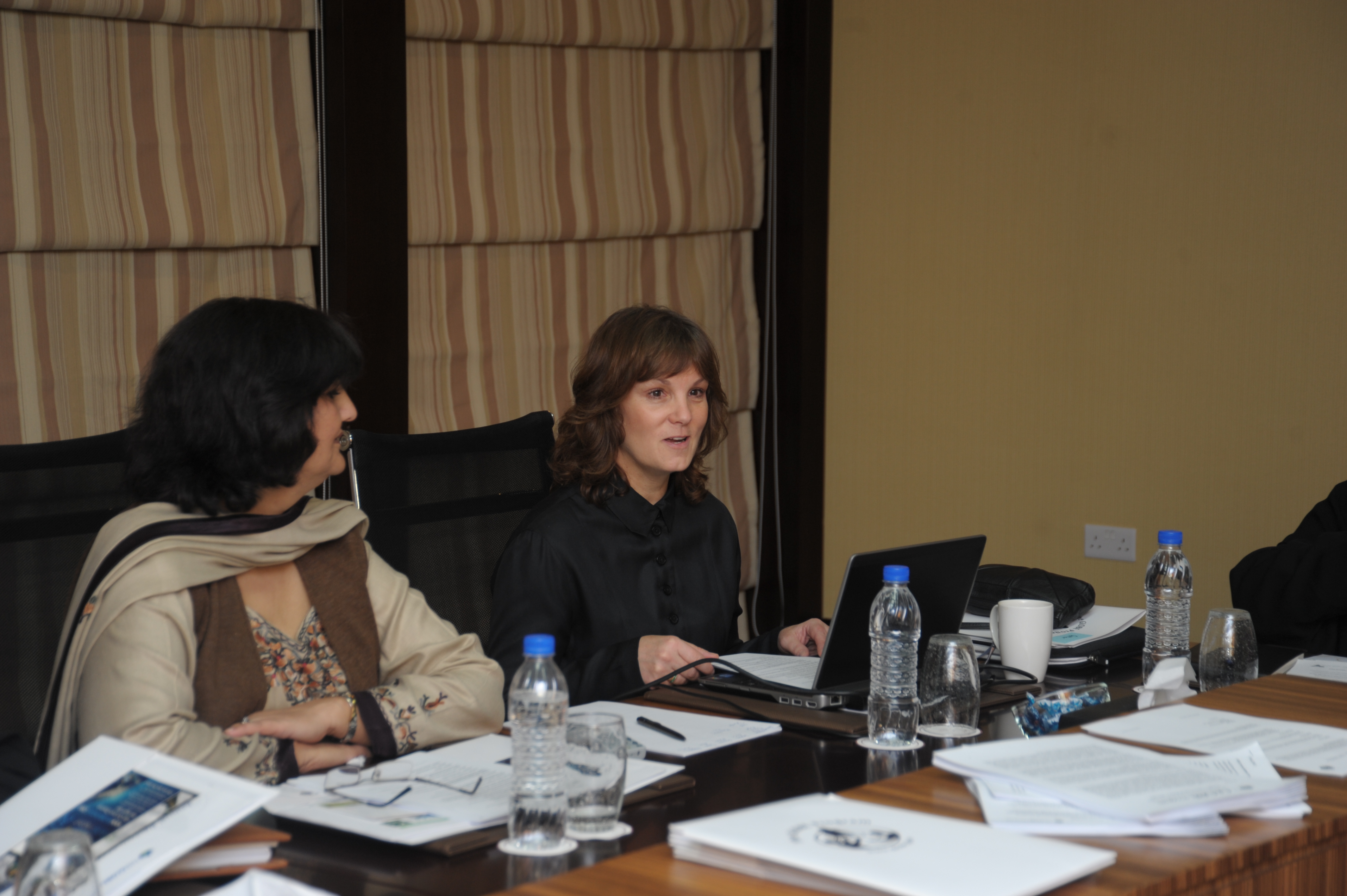 Dr. Teresa Kennedy, GLOBE Program Office International Division Director, provided an update of current activities at the GPO including activities related to the Student Climate Research Campaign (SCRC) and encouraged all GLOBE countries to actively participate in the SCRC Webinars currently being conducted by Dr. Donna Charlevoix, GLOBE Science and Education Division Director, to learn how to integrate the SCRC into local efforts. The SCRC video competition was discussed as well as the new GLOBE website that is currently under development. In addition, recognition to the region for their hard work to ensure growth and recognition of student, teacher and scientist accomplishments were described, including schools, projects, honor roll citations, Trainers, and Master Trainers from the region. The importance of including GLOBE Alumni in the region to assist with student events, national trainings, and fundraising activities was also highlighted. 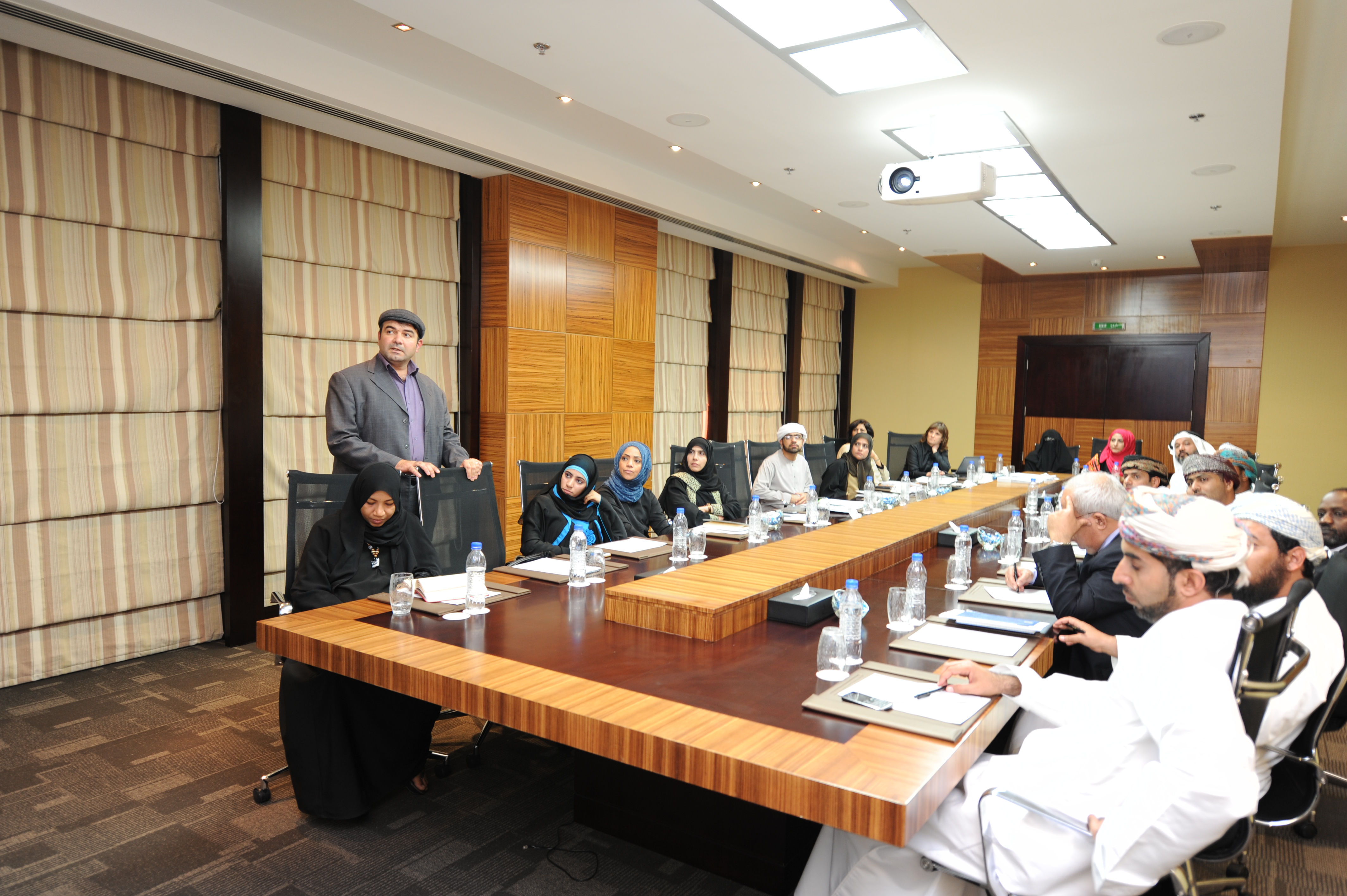 The roles of the Government Points of Contact, Country Coordinators, and their Assistants/Deputies were discussed, as were the GLOBE Program vision, mission, and strategic priorities. All accepted the revisions as recorded by Dr. Andy Tasker, former GLOBE Director, and stressed the importance of aligning regional initiatives with the overall vision and strategic priorities of GLOBE in a manner that maintains regional relevance. Particular importance was placed on heightened awareness of Earth as a system and the necessity of its protection. 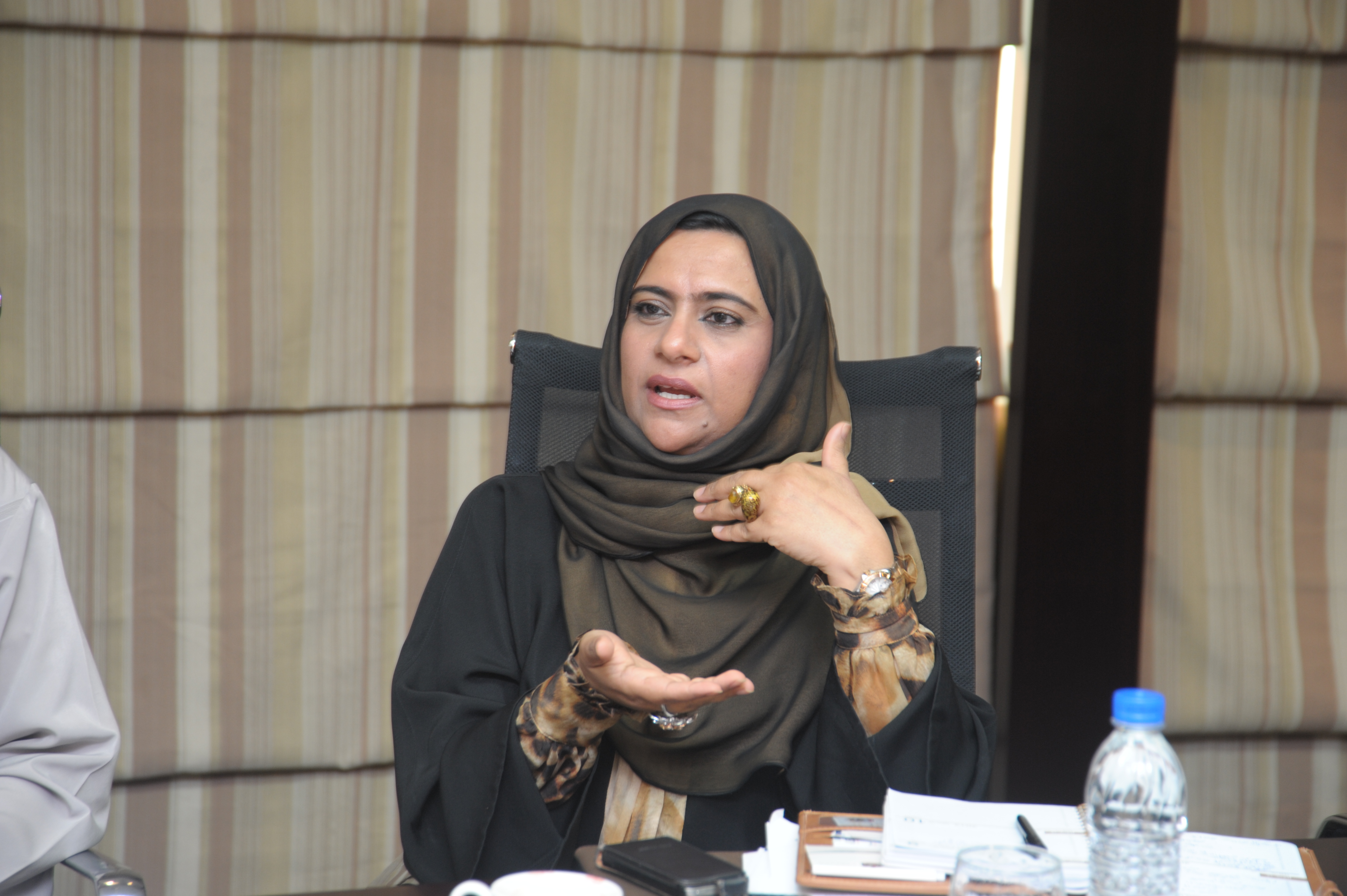 Country representatives reported on their 2011 activities and described their 2012 priorities. Guests included ten Omani Science Supervisors who are serving as local coordinators of GLOBE as well as several teachers. Implementation and achievement reports were presented by Bahrain, Jordan, Oman, Pakistan, Saudi Arabia, and Tunisia. In addition, both Mauritania and the UAE announced that in 2012 their programs had received official ministry recognition and training efforts could now begin. The meeting adjourned at 6pm and all enjoyed visiting the Muscat Cultural Village in the Qurum Natural Park and participating in the Muscat Festival. 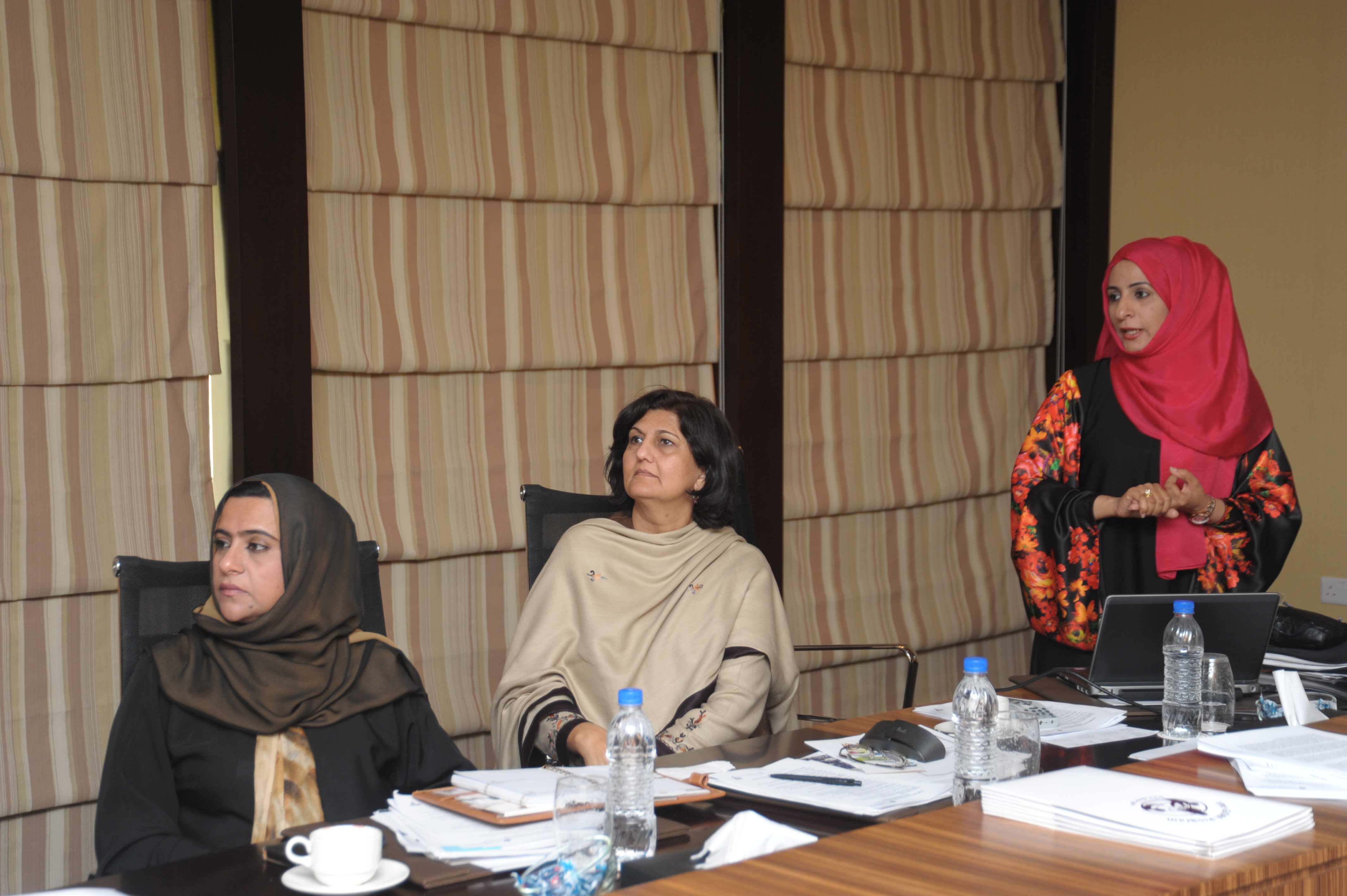 The second day of the meeting began with a Skype Presentation from GLOBE Alumni Mr. Mohammed Hamdy Elwan, a 25-year-old Civil Engineer from Cairo, Egypt. According to Mohammed, "My story with the GLOBE Program begins 12 years ago when I was in High School in 2001. From the first day with GLOBE I found so much fun in the transition from a world of books and the classroom to the real environment and in applying even a small part of what I had learned about how to control the growth of trees through soil investigations such as hydrology measurements. Over time, I acquired various communication and other skills and formed friendships with a lot of GLOBE students from different nationalities, cultures and education systems during both local and regional workshops and through various events related to GLOBE. GLOBE increased my passion for social work which has continued with me beyond High School. At the university I found myself driven by a passion to serve society through different student activities. On the career side, I believe that my experience with GLOBE is one of the reasons why I chose to be a Site Civil Engineer." 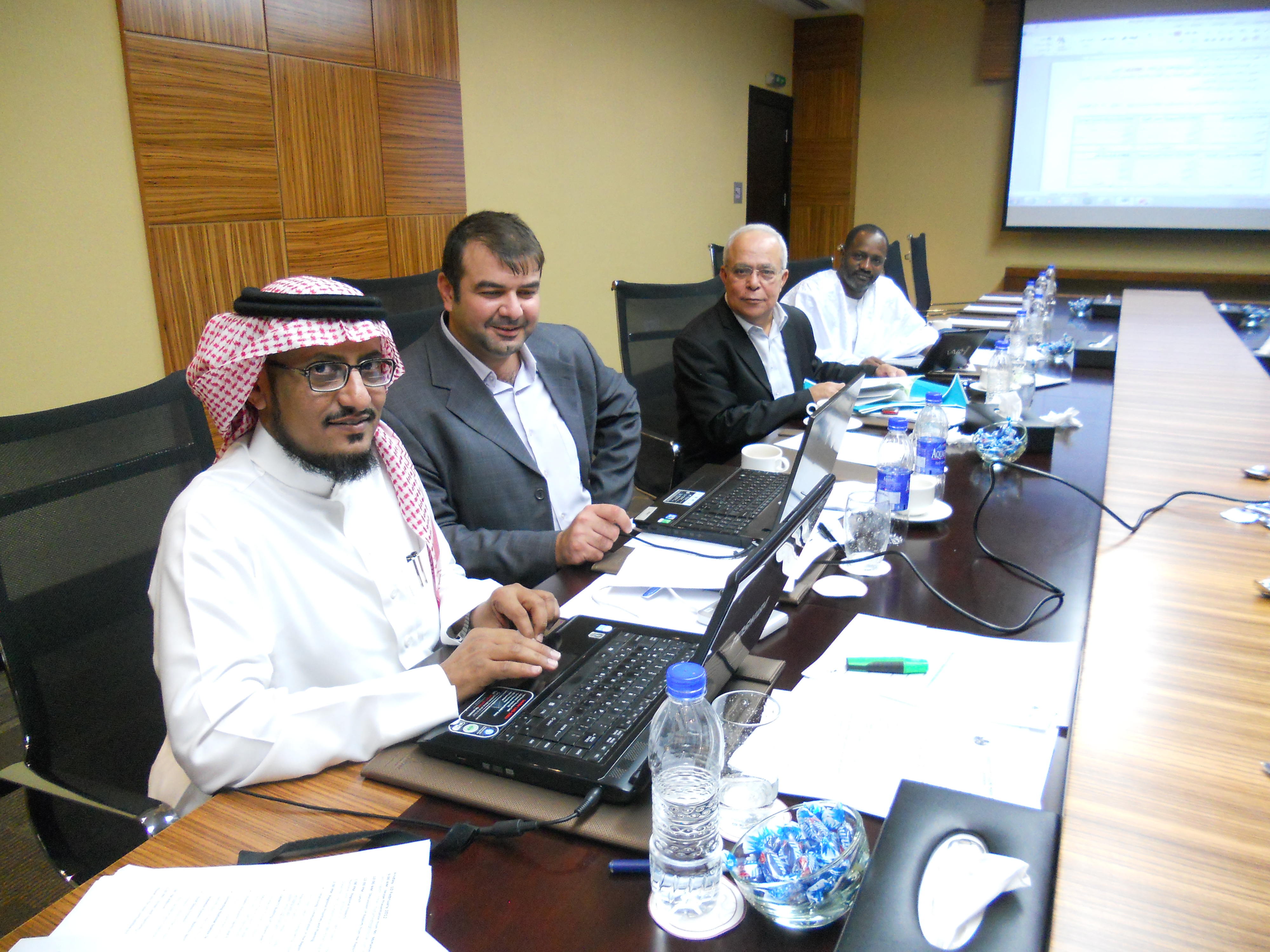 Discussion of the importance of GLOBE Alumni concluded that all GLOBE countries present believed that regional alumni could best serve the GLOBE Program by contacting the country coordinator(s) and teachers in their respective countries to request how best to assist their efforts. It is believed that the strongest area of need is to find funding to purchase equipment for schools as well as finding travel funding that could be used to ensure that GLOBE students can participate in national, regional and 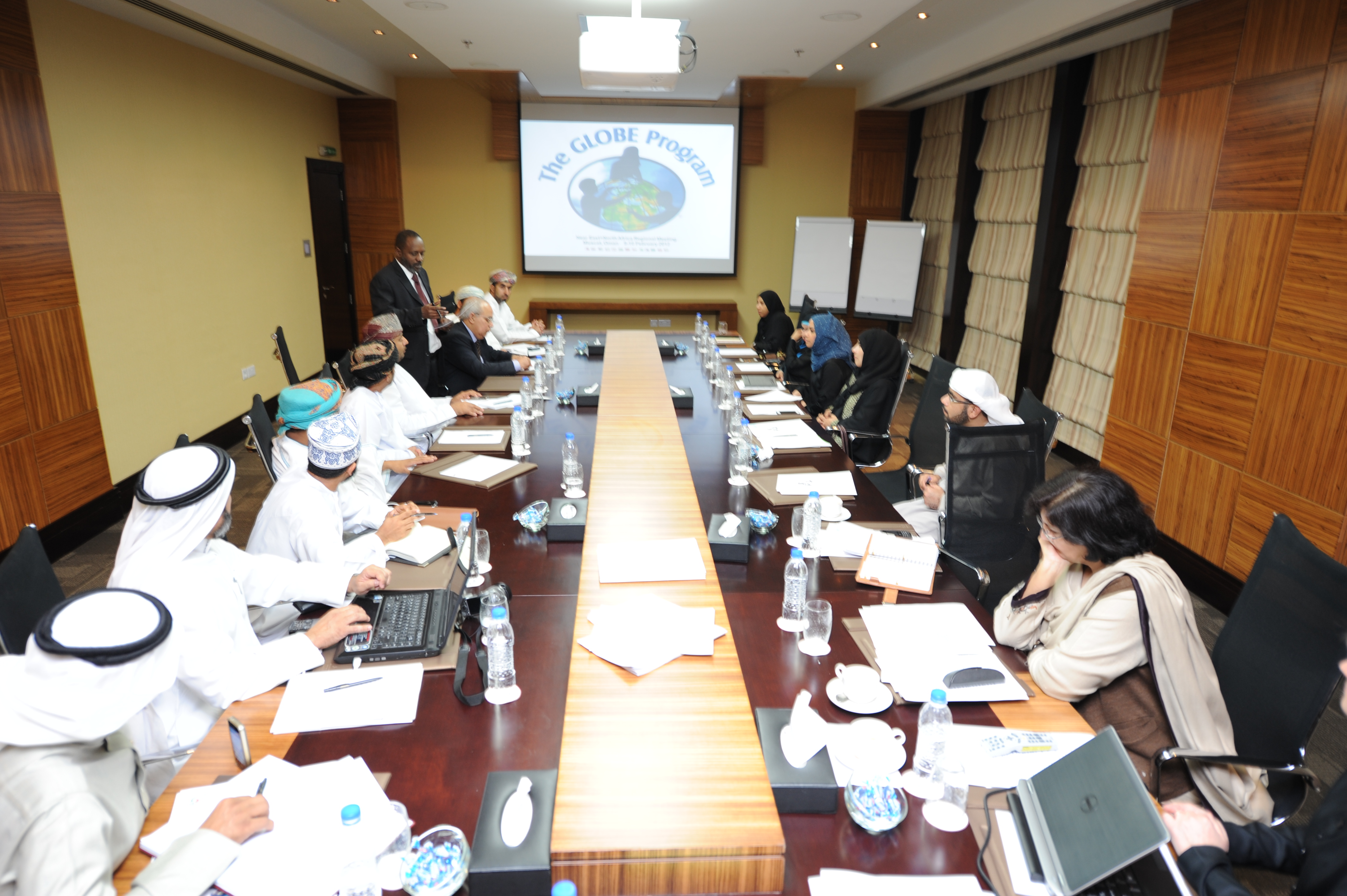 international student research events such as GLOBE Learning Expeditions. This was believed to be the best manner in which to establish effective channels to "give back to the program" by contributing to local GLOBE efforts. In addition, all believed that the testimonial presentations given by GLOBE Alumni, including speaking at local schools and local community events, promoted the GLOBE Program through sharing of Alumni experiences, expertise and knowledge with the current GLOBE students. The country coordinators thanked the GLOBE Alumni in the NENA region for serving in this important role. It was determined that all current Alumni will be encouraged to add their names to the Alumni database that will be available on the new website in the next few months, and that continued efforts to promote adding GLOBE Alumni to the GLOBE database to ensure a strong network of Alumni can work together in the future would be a priority.

A thorough review of the GPO Trainer and Master Trainer Plan was made, including discussion of regional training priorities. All understood and agreed with the plan as it followed their actions undertaken at the last regional Master Trainer event that occurred in Qatar in 2008 when representatives from seven countries in the Near East+North Africa sent Master Trainer candidates (Bahrain, Jordan, Lebanon, Mauritania, Morocco, Qatar and Saudi Arabia). All agreed that they will continue following the updated model to build more trainers and Master Trainers in the region. This is a very important priority for the region. 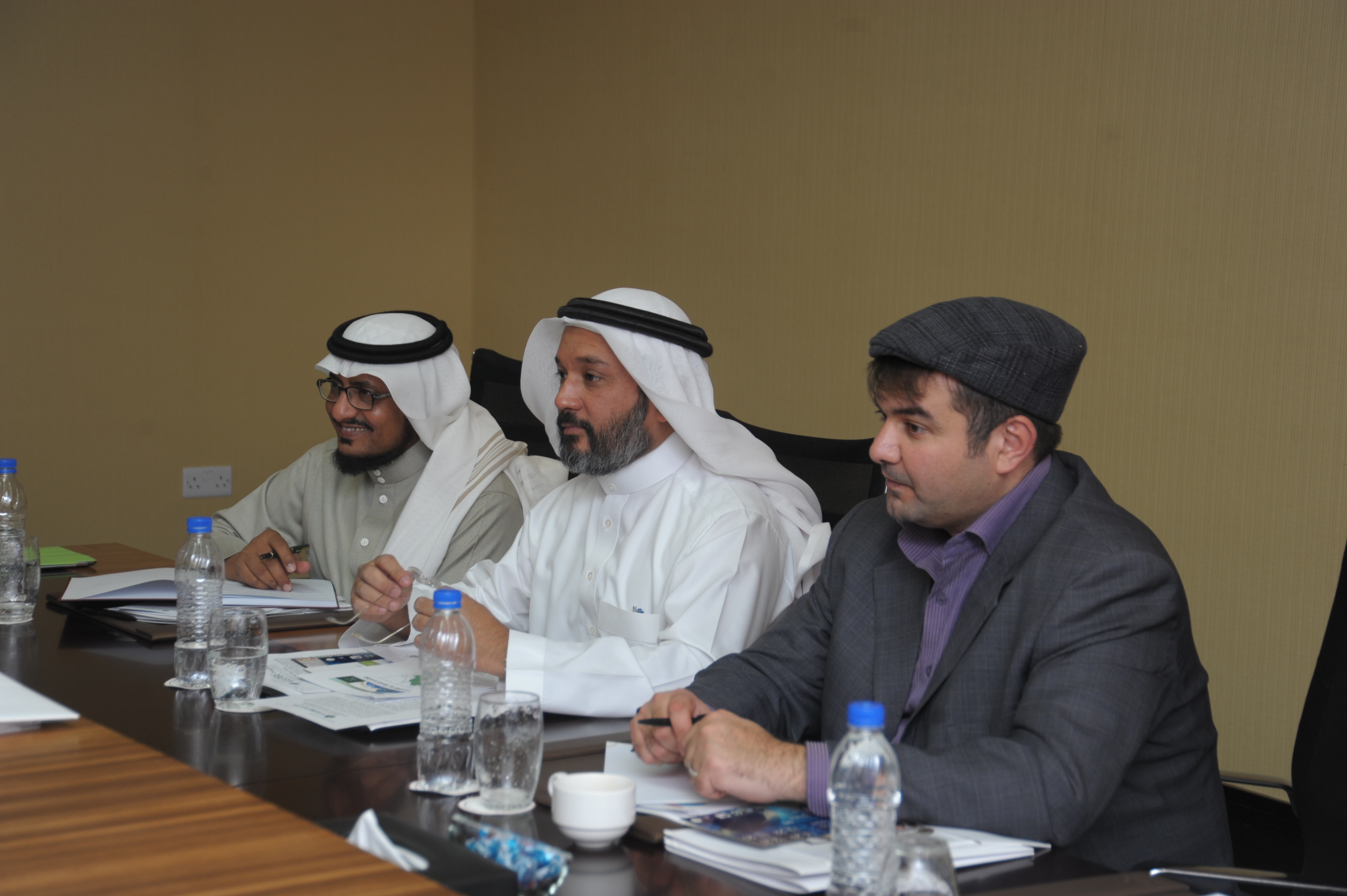 Mr. Rafat Jambi, Master Trainer in Atmosphere from Saudi Arabia, was nominated to serve as the Committee Chair for the NENA Training Committee. He will continue to update the Master Trainer (MT) Chart to ensure that all MTs listed are current and active. All countries were asked to submit their potential MT candidates to Rafat to be added to the MT Chart. After updating the chart, Rafat will provide the most current version of the chart to be posted on the NENA website. It was determined that Mr. Rafat Jambi (Saudi Arabia, Atmosphere) and Mrs. Seddiqa Abbas Ghuloom (Bahrain, Hydrology) will attend the upcoming Master Trainer Event in Boulder, Colorado, USA: 30 April – 3 May 2012. Upon their return to the region, they will share all new information learned with the other MTs and MT Candidates in the region during a Train-the-Trainer event that will take place in the UAE and/or in Jordan. This event will take place prior to the 2013 NENA Regional Meeting and Training Event to ensure continuing opportunities for MTs to enter and participate in the program.

All countries agreed to continue contributing to the organization of a collaborative research competition for the region regarding the relations between climate change and land cover/land use. The project was proposed at the regional meeting in Washington D.C. and Lebanon presented the primary research question for the competition during the Oman Training event in 2011. 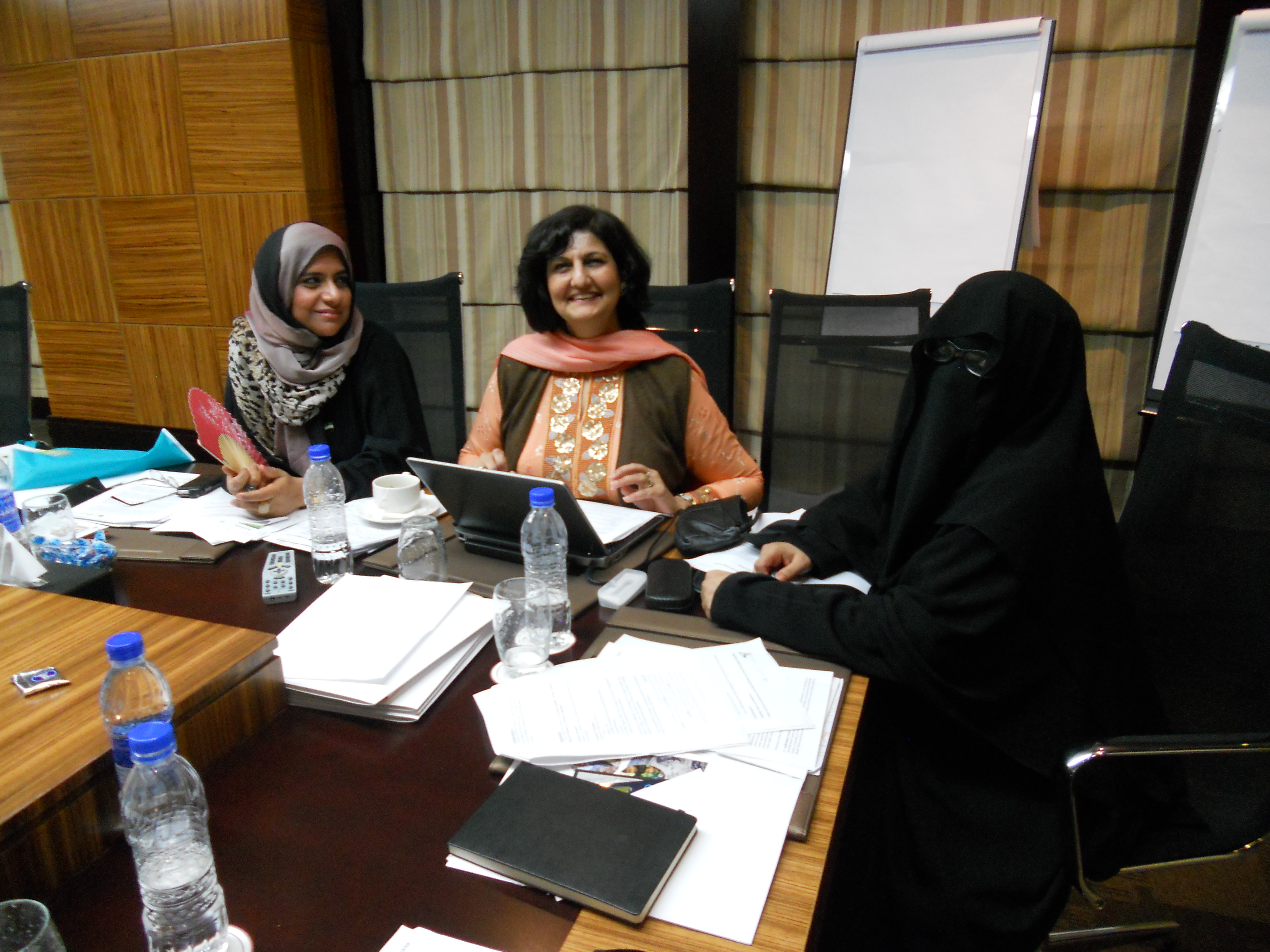 Following discussion about Ocean for Life 2009 and 2011 all agreed that the OFL Program is valuable for the students in the region and wish to continue the program in 2013. All countries were asked to submit student statements from their participating students for the OFL Summary report that is currently being compiled by 1 March 2012. The GLOBE NENA Regional Help Desk Office will be working closely with Dr. Teresa Kennedy to provide information to all countries regarding student selection and program information for the 2013 event that will take place in Hawaii. A proposal for the 2015 OFL event take place in Aqaba, Jordan, was accepted. Discussions in Aqaba will follow-up on the idea. 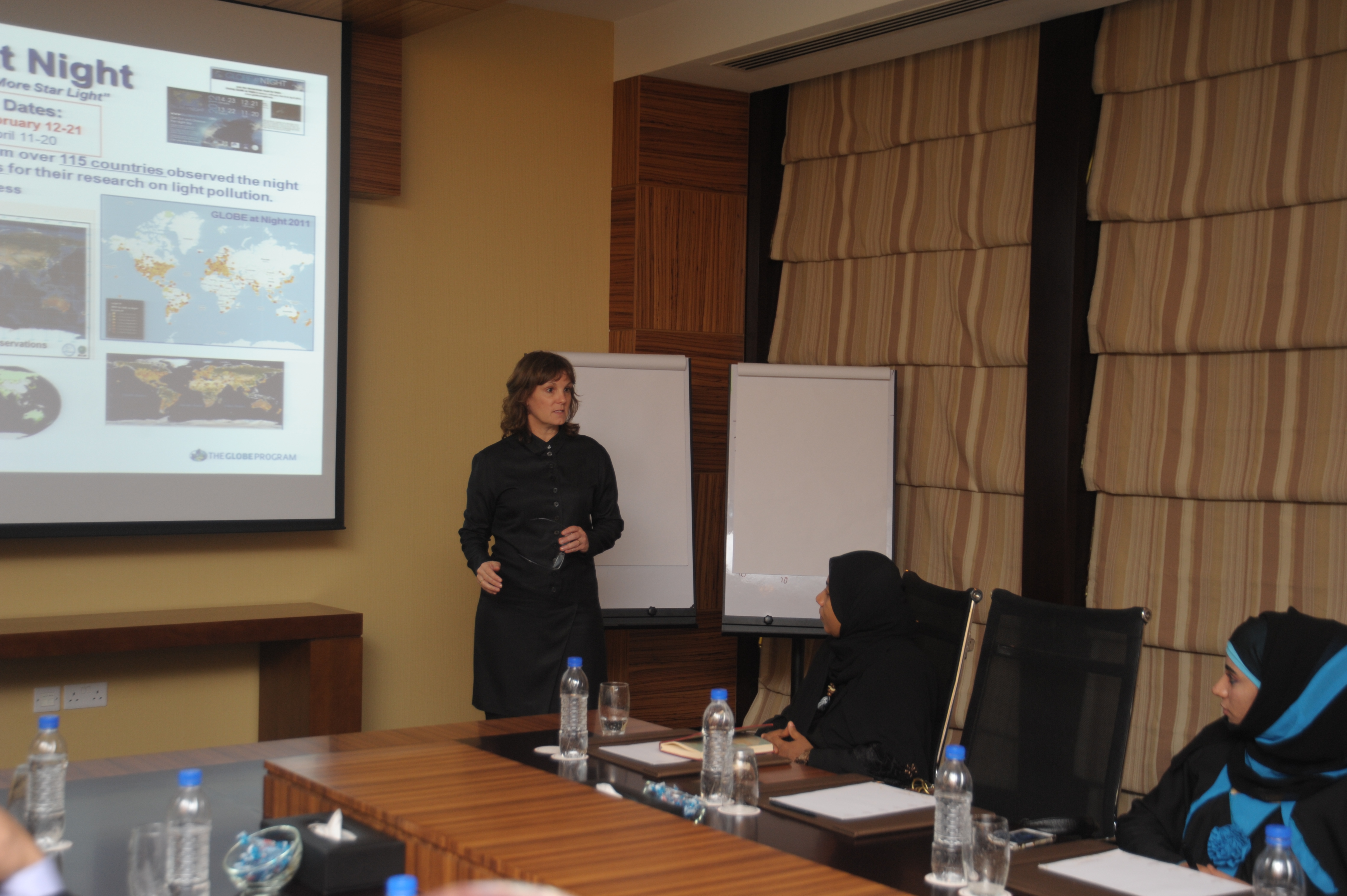 Discussion of national sponsors and collaborative organizations for the program led to an agreement that all will research national funding opportunities that could benefit their programs. "The benefits that have been provided to U.S. Partners through the collaborations of GLOBE with NSTA (the U.S. National Science Teacher Association) are numerable," stated Dr. Kennedy. All agreed that they should initiate discussions with their national organizations to build collaborative relationships. All countries were invited to attend the U.S. National NSTA event each year. In addition, the International Council of Associations for Science Education provides international connections with experts around the world and all countries were encouraged to refer to the materials on the ICASE website: http://www.icaseonline.net/index.html

In addition, all countries were invited to attend the 2012 GLOBE Program Annual Meeting and Training Event to be held in St. Paul, Minnesota on 15-20 July 2012.

Thank you to Oman for hosting the 2012 NENA Regional Meeting! GLOBE Oman was the 112th country to join GLOBE on 8 December 2009, linking to the GLOBE Near East+North Africa region as the 13th country in their region.

Read more about GLOBE activities in Oman and in the region:

Read more about Ocean for Life: