The Next Generation of GLOBE Climate Scientists in Peru 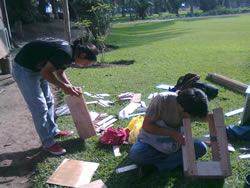 The year 2011 brought new challenges and developments for the GLOBE community in Peru. A group of students from the National Agrarian University-La Molina, interested in the Student Climate Research Campaign (SCRC) and the 2013 GLOBE Learning Expedition, have worked hard to disseminate the SCRC in Peru and to consolidate their knowledge and research skills. Workshops were held throughout the country in order to train students in the development of simple technologies that allow for the types of low-cost atmospheric data collection attainable by most elementary schools in Peru. For example, students build instrument shelters out of wooden fruit boxes, costing approximately 50 cents, and electric thermometers that cost only a dollar. These handmade pieces of equipment allow students to measure temperature and relative humidity. With the support of the Education, Culture, and Citizenship Division of the Ministry of Environment (MINAM), and Peru Country Coordinator Carlos Alberto Rojas Marcos, a host of activities unfolded throughout 2011. 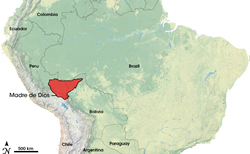 In June 2011, three schools and university students from the city of Puerto Maldonado in the Madre de Dios region attended a two-day training workshop on theoretical and practical aspects about time, weather, and how weather instruments work. This training furthered the development of basic atmospheric research methods to answer simple questions about the environment. These questions are extremely relevant to the area since the Madre de Dios is the gateway to two of the most important protected natural reserves of the Amazon: the National Reserve of Manu and the National Reserve of Tambopata. 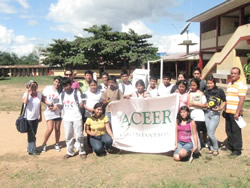 Schools were trained with support from ACEER Foundation Coordinator Carmen Chavez; they then pledged to take daily max/min/current air temperature, relative humidity, and precipitation data to share their knowledge with other GLOBE schools in Peru and internationally. ACEER hopes to expand the GLOBE Program to other schools in the area, including the cities of Cusco and Pucallpa, which would accomplish the important task of improving understanding of the tropical climate system in local communities in Peru.

In August 2011, three GLOBE students participated in the National School of Atmospheric Sciences research project in which they received training on air pollution and climate change issues. A group of fifteen students also visited the facilities of the Catholic University of Peru to learn more about solar energy uses and its potential for designing efficient and sustainable infrastructure that benefits needy communities in the country. This research is expected to contribute to a future student project about renewable energy. 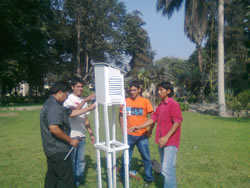 Also in August, two GLOBE students, along with their professor Claudia Caro, traveled to the city of Yungay (Ancash region) to develop a GLOBE Training Workshop for an Environmental Management Program for the Community Peace Corps entitled "Environmental Education and Sustainable Development." As part of this event, students presented their research about the importance of meteorological data and detailed how Peace Corps members can install low-cost instrument shelters in their local communities. Instructions for building the shelters and their importance for meteorological data were explained during the presentation. In addition, the students presented a proposal for participation in the GLOBE "Food and Environment" project. Through this project students can compare the kind of crops that prosper throughout each season; this also allows them to interact with people in the market to gain knowledge about local biodiversity and awareness about the importance of the climate as it relates to sustaining food. 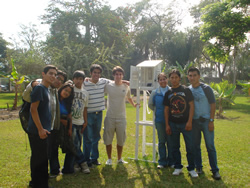 With support from the Peace Corps, students prepared a guide for building the low-cost shelters and how to use them in schools for atmospheric research. One student stated, "This project is very important for my career because knowing how to construct a shelter using limited materials allow us to contribute to the development of research and the GLOBE Program in our country." Another student said, "This project will allow us to obtain data generated by us. It also helped me to gain a better understanding about what the weather is, how to work in group and how to engage more in my meteorology career. " 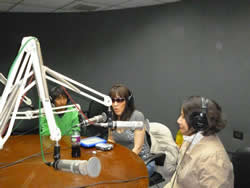 On 19 August 2011, GLOBE students participated in the "Wonderful Peru Cathedra" to explain the importance of working with the GLOBE Program. They again presented their method for building a low-cost instrument shelter. The convention received a lot of interest from students of the Air Force of Peru and other universities, as well as those who followed the conference via the Internet. In October 2011, pre-service teachers of Enrique Guzman y Valle University received basic information about the benefits of the GLOBE Program in education, in order to implement it in their future classes. Students will learn GLOBE protocols and how they can be involved in the ongoing study of their environment. In the same month, two GLOBE students, along with their teacher, were interviewed on two radio stations in Lima, Radio San Borja and Radio Cielo, to broadcast the importance of the GLOBE Program in the development of scientific thinking in students and to discuss more about their project on low-cost atmospheric research with tools developed by the students themselves. 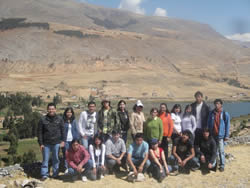 Students participate in two GLOBE campaigns each year. The GLOBE at Night (G@N) campaign assesses light pollution at designated study sites and complements the teachings of astronomy professors from the National Agrarian University in La Molina. Students enjoyed observing the sky from their homes during the initial G@N campaign held 14-23 January 2012. Following the event a local Facebook group was formed for students to compare data from all over Lima to see which district was most polluted by excessive artificial light. Through the Climate and Land Cover Project, students are able to help GLOBE scientists improve climate models by taking comparative pictures of land cover study sites. Students in Peru participated in four Intensive Observing Periods by taking and uploading photographs at a given latitude/longitude to help scientists validate the proposed landscape. 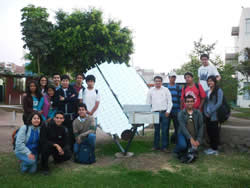 All activities developed by GLOBE students were presented at the end of the year in a fair for the Department of Science of the National Agrarian University La Molina. The science fair was open to special guests involved in environmental issues and the entire university community. Among the exhibition projects mentioned by students were "Native Trees Phenology" and "Research on Renewable Energies". These projects aim to show the influence of climate in the life cycle of plants. Students installed an instrument shelter close to the native trees that have been studied, and they are collecting weather and phenology data to establish a kind of relationship between both parameters. Motivated by SCRC, students are working to apply the increase of the temperature and sunlight on the university campus to build structures to promote energy conservation through the use of solar power.

The GLOBE Program Office would like to thank everyone who assisted with the development and execution of GLOBE activities in Peru. Your contributions are an integral service to students, teachers, and scientists in Peru and across the world.

Don't forget to join the next GLOBE at Night campaign, beginning 12 February 2011!

Read more about GLOBE collaborations with the Peace Corps.