On 27 – 28 February 2012, Saudi Arabia celebrated its first National Environmental Competition for Girls. During the 2011-2012 school year, the nation announced this competition as one of many interactive GLOBE projects being implemented in Saudi schools. GLOBE Deputy Country Coordinator and member of the GIAC Mrs. Norah Ibrahim Al Nasser organized the event and Mrs. Naemah Al Alwani, Head of the Department of Student Activity, supervised the final stages with the assistance of Competition Coordinator Mrs. Somayah Al Nazawi. 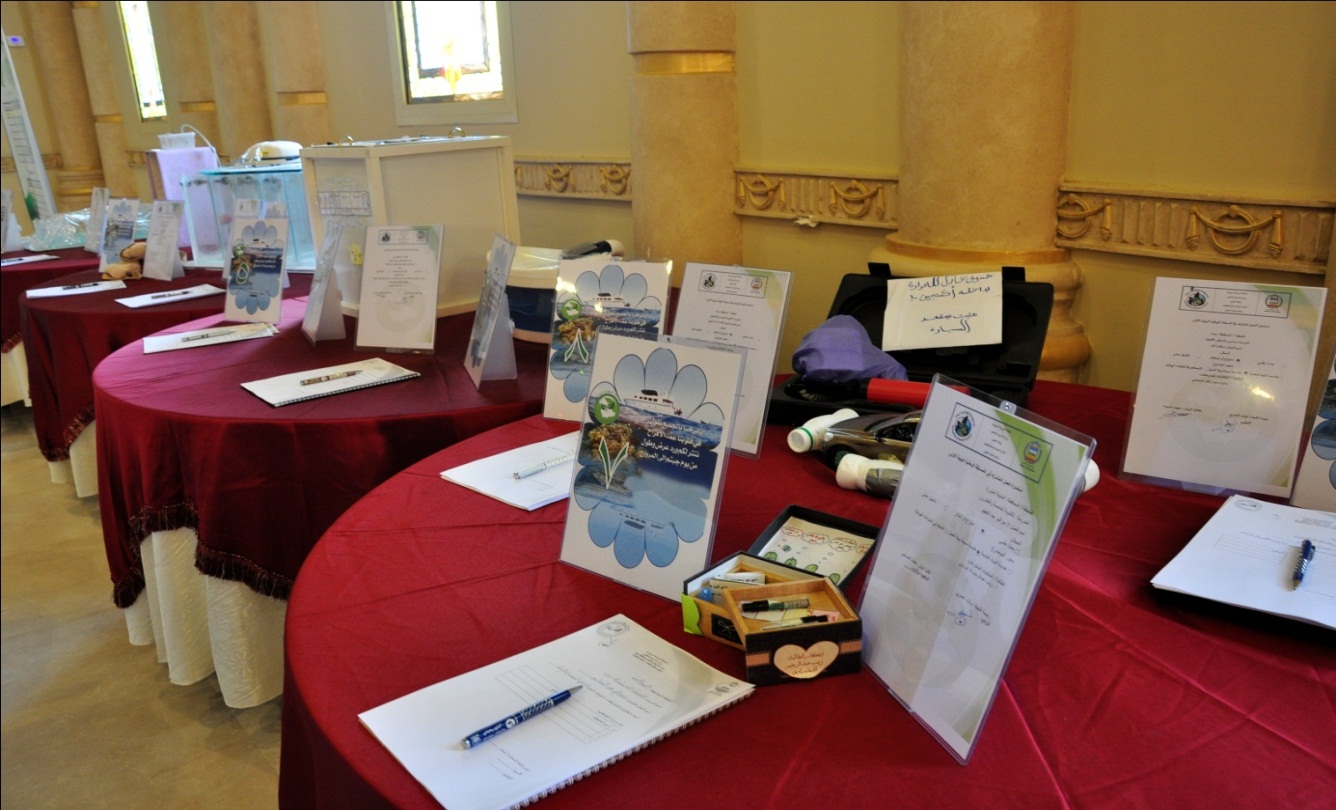 Secondary and intermediate female students crafted projects to be entered in the first round competition at their local school. Those who won their school competition then moved on to their local community competition, and the winners of that round were qualified to compete at the First National Environmental Competition for Girls in Saudi Arabia. After passing the initial screening, 30 total research projects were judged, along with 20 innovative projects and 15 projects that could be practically applied to students' local environments. 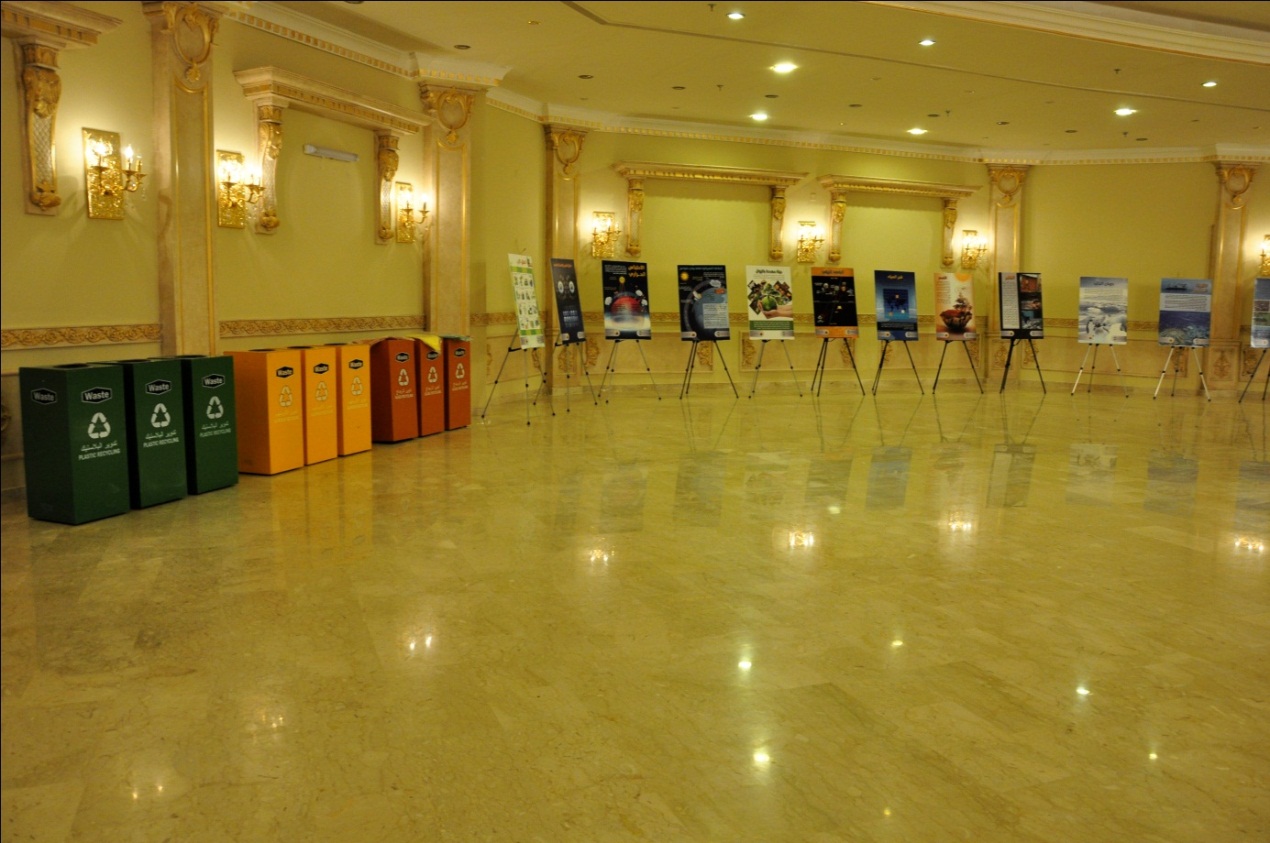 The theme of this historical national event was "Environmental Engineering." Students gathered in Yanbu City along with coordinators, judges, and teachers to present work related to Wastewater Engineering, Work Environment Health, and Control of Indoor Air Pollutants. In addition to judging the finalists' work, participants and coordinators took advantage of this opportunity to raise awareness about environmental issues. The Department of Educational Services at the Royal Commission in Yanbu lectured on the state of Saudi Arabia's environment and its future environmental challenges.

Consisting of six members and headed by Dr. Iman Asiri, Agent of Deanship of Scientific Research at Taibah University, the Committee of Scientific Research evaluated all 30 research projects presented. After much deliberation, the winners were announced. The 1st place winners were Asma, Bayan, and Sara from the city of Ta'if, with their project, "Engineering a Healthy Environment in the Computer Lab." Second place went to Malak from Makkah for her project "Water Magnetization Technology." From Yanbu, students Fatimah, Jawaher, and Shirin took 3rd place with their project "Groaning of Our Home's Air." Fourth place winner was Shirin from Madinah for her research on "Risks to Children's Health from the Television's Electromagnetic Waves." Fifth place was awarded to Areej from Al Baha for her exceptional work "Using Solutions of Calcium Hydroxide to Reduce the Proportion of Carbon Dioxide Emitted from Factories." Finally, from the city of Riyadh, Shahd won 6th place for researching "Environmental Waste Pollution and Its Impact on Human Health."

Headed by Dr. Abeer Al Olyan, Petroleum Scientist for Aramco, a committee of five members evaluated the 20 innovative projects presented. Dorrah from Yanbu won 1st place for her invention of the "Safe Cylinder." For something that is useful at home, another Yanbu student, Somayah, won 2nd place for creating a "Dryer and Sterilizer for Toothbrushes," prolonging the lifespan and hygiene of an average toothbrush. Extremely innovative and useful for a desert country, Hanan and Shirin from Jeddah invented a "Purification System for Kitchen Water" in order to increase water conservation and possible reuse. Fourth place was taken by Haya from Bishah with "The Ozone Hole and the Explosion of the Universe." Also from Jeddah, students Jomanah, Norah, and Ragad won 5th place for their work, "Alarms that Protects Our Environment." Finally, 6th place was given to Lama from Asir, for her invention of the "Self-Freight Car." 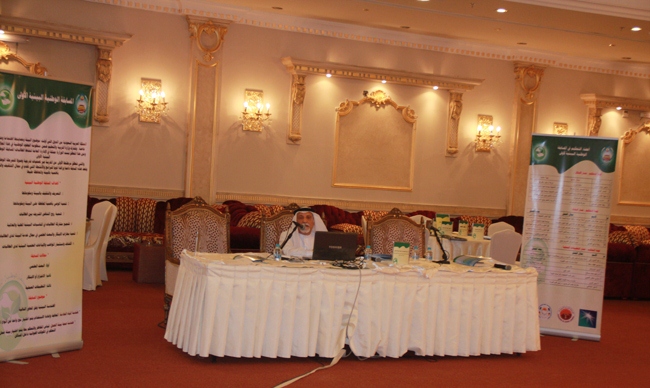 Dr. Abdalibdaa Zallali, Associate Professor in Taibah Univeristy's Department of Biological Sciences and Head of the Environmental and Health Research at the Custodian of the Two Holy Mosques Institute for Hajj Research, headed the Practical Applications Committee. He and five other members judged the 15 finalists in the Practical Applications category of the competition. Alaa from Madinah won 1st place for her practical application of "Natural Ant Repellant." Second place was awarded to Doaa and Mona from Yanbu for their project, "My School is My Responsibility," and Mashail from Madinah won 3rd place in the practical application of "Sterile Air."

Mrs. Al Nasser stated that she is "proud of the success of this competition." As a result of female secondary and  intermediate students in Saudi Arabia working so diligently on these projects, they were also given the opportunity to come together nationwide and present their work to the country's leading scientists and other students.

Mrs. Al Nasser began as a science teacher in 1992, later earning a Master's Degree in Science Education. She was soon promoted to Supervisor for Scientific and Environmental Activity at the Ministry of Education at Riyadh. Mrs. Al Nasser has been with GLOBE as the Deputy Country Coordinator in Saudi Arabia for two years and has already introduced the importance of the GLOBE Program in 20 educational districts and created numerous GLOBE committees comprised of females.

GLOBE Research in the Kingdom of Saudi Arabia Expands