Mosquitoes and The GLOBE Program: An Experience in Brazil´s Capital 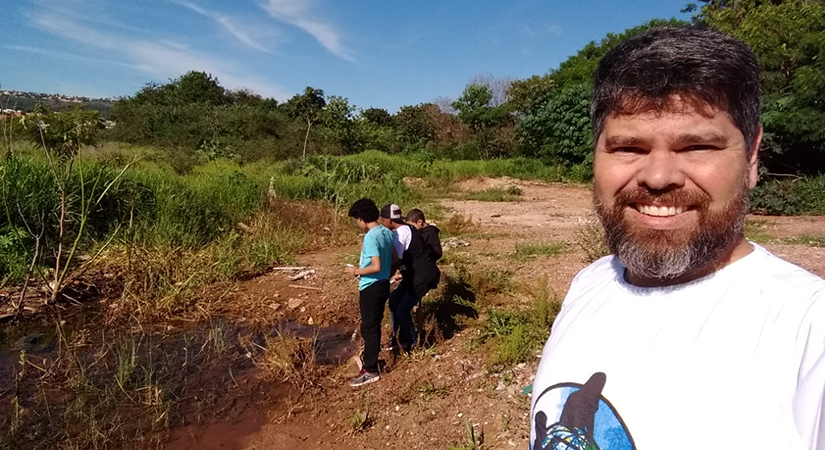 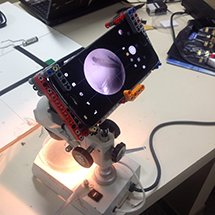 In September 2018, biology teacher Alexandre Zeitune participated in an atmosphere and mosquito workshop in Brasília, Brazil. The workshop was held at the Brazilian Space Agency Headquarters. While attending the event, Alexandre realized the potential that The GLOBE Program could have for his community.

Back at school (CEF08 School, in Sobradinho II, Brasília, Brazil), Alexandre explained the mosquito protocol to his students in advanced placement classes. This class mixes robotics and electrical engineering with all of their major activities. The classes decided to begin mosquito field data collection and to think about possible applications.

Two projects were instantly born: testing to determine whether larvae could be killed with electrical impulses; and the creation of a virtual reality game in which children earn points on the GLOBE site when they mitigate larvae proliferation. In the testing phase of the electrical impulses project, students were seeking solutions to lure mosquitoes into still water and to stimulate shocks to disrupt their life cycle. The device is extremely low cost –made from scrap capacitors -- and, when perfected, can be produced on a larger scale. The traps will electrify the water and constantly kill the mosquitoes. 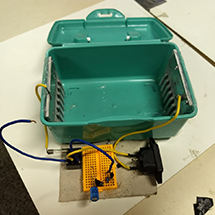 The CEF08 School has a relevant amount of aedes aegypti mosquitoes, which transmit Dengue Fever, Chikungunya Fever, and the Zika Virus. CEF08 works to develop projects that minimize the mosquitoes in the region. The students (and their tutor) also worked to relate the temperature of the collection point to the appearance of insects. In 15 observations, three different species of mosquitoes were identified. They followed the GLOBE Observer Mosquito Habitat Mapper tool analysis protocol and sent the data to the GLOBE database.

"This great work being done for science and for the community shows how GLOBE has inspired these students," said Nádia Bandeira Sacenco Kornijezuk, Brazil's Deputy Country Coordinator.

Brazil is one of the participating countries in the GLOBE Zika Education and Prevention Project. Through support from the U.S. Department of State, this project enlists citizen scientists from 27 countries in Zika-affected regions to collect and map mosquito data using the GLOBE Observer app’s Mosquito Habitat Mapper. To date, GLOBE Brazil has trained almost 100 community leaders, teachers, and public health officials as part of the GLOBE Zika Education and Prevention Project.