The GLOBE Regional Coordination Office for Asia and Pacific joined with The Indian Environmental Society (IES) in collaboration with UNESCO New Delhi and Environmental Camps for Conservation Awareness (ECCA) of Kathmandu to organize a five-day UNESCO - GLOBE Learning Expedition in Kathmandu and Pokhara, Nepal. The purpose the event was to understand the effects of climate change in the region, to engage in field studies, and to explore the various UNESCO World Heritage sites located in Kathmandu.

The program welcomed 28 participants, from India, Sri Lanka and Nepal to Kathmandu and Pokhara from 8-13 January 2015. 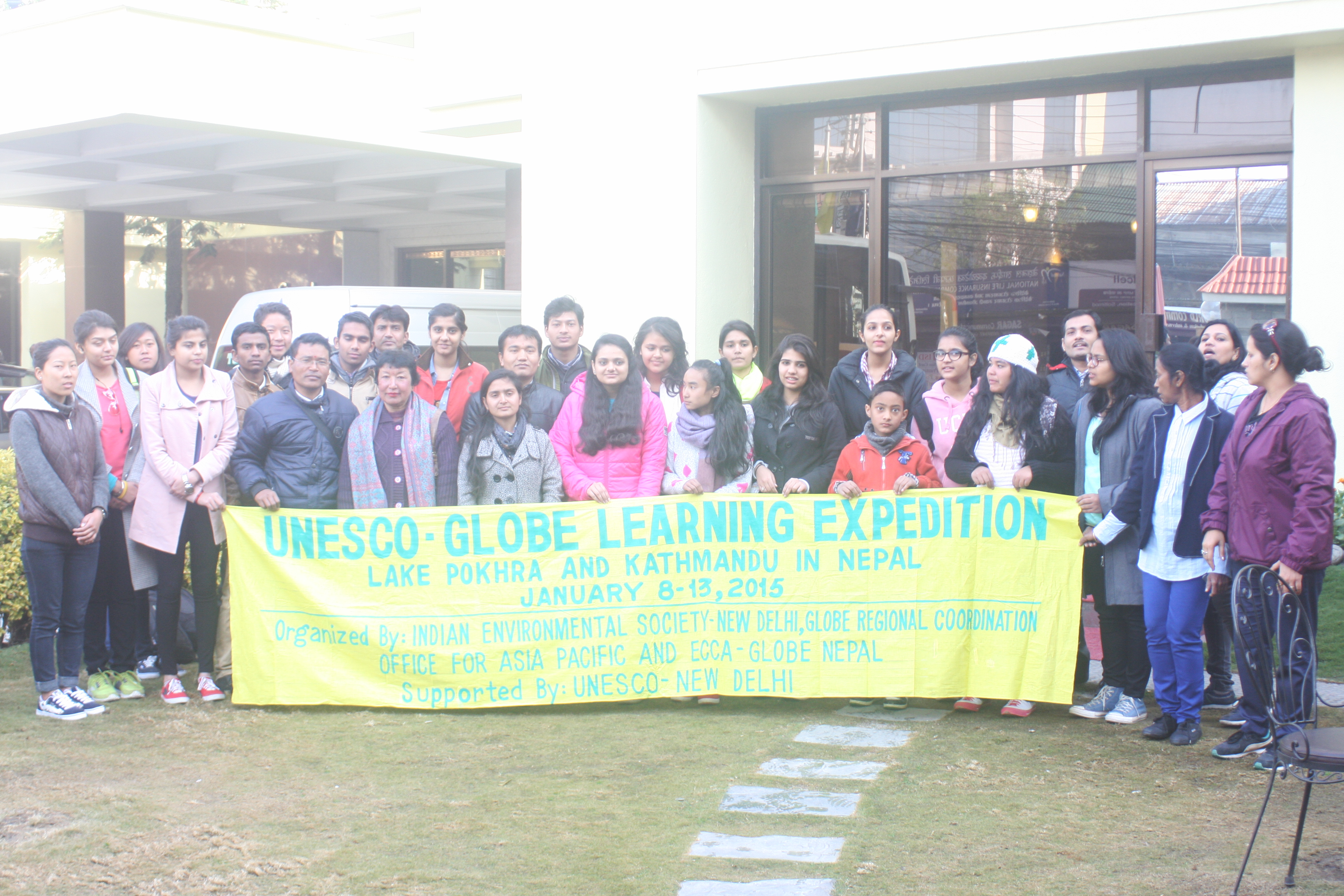 From Kathmandu, the group traveled by bus to Pokhara, stopping enroute at the small town of Maleku where they initiated field studies using hydrology protocols on the Trishuli River. They collected data concerning the pH of the river water, as well as temperature, turbidity and conductivity. Participants discussed the importance of these protocols and the impact on the local environment that comes from engaging in a focused study of the water. Biotic life and environmental conditions near the river's periphery were also observed and discussed. While traveling, participants were also able to observe and learn about topographical variation and the type of vegetation in hilly areas and to observe the impact of the landscape on lifestyles of the villagers living there. The group arrived in Pokhara by early evening.

The following morning the group made an early ascent to Sarangkot to view the breathtaking view of the Pokhara Valley and the grand Himalayan Mountains. From this spectacular vantage point they discussed the geology of the region. Later that morning the group visited Mahendra Cave, to see firsthand how water carves its way deep into the Earth, and to understand the geology and morphology of soil structure. 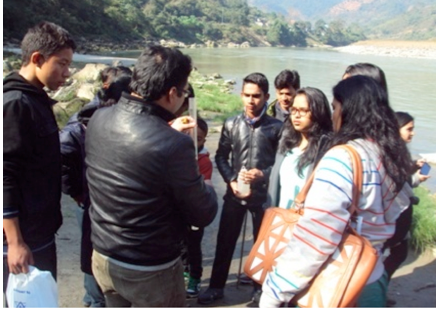 At Lake Phewa, the group took three hydrological parameters of water samples: temperature, turbidity and pH. The group also visited Devi's Fall – where the water cascades from Lake Phewa to Gupteshwor Cave – where the water subsides into the Earth. At the cave, the participants also studied the geology of the cave and discussed how caves are formed through hydrological activity. 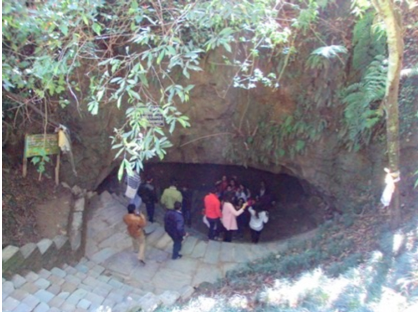 While in Pokhara, the group also visited the International Mountaineering Museum, which provided firsthand accounts of the changing climate of the Himalayas and its impact in on the lives of people living in the region. Viewing the documentary in museum about life of the Sherpas (a tribal community living in Himalayas) helped the group to understand the culture of Himalayan people living in the harsh climate of the high hills. Information and insights about biodiversity and climate change of Nepal was an important take-away of this expedition.

Upon returning to Kathmandu, the group visited the Natural History Museum, where specimens of various insects and animals are preserved. Visiting the museum helped the participants to increase their knowledge and understanding about tribal life in Nepal.  Dr. Dharma Dangol (Professor of Tribhuvan University) shared his insights about the local environment and the urgency of preserving wildlife diversity. 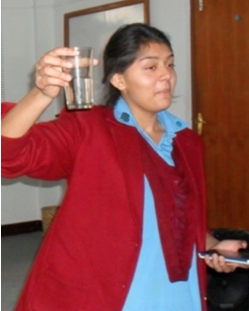 On the afternoon of the final day, a closing ceremony brought all participants together for final summing up of lessons learned; distribution of certificates by the Director of ECCA Mr. Yogendra Chittraka; a presentation about the MGD's School from the students from India who also performed a Rajasthani song for their hosts. The Nepalese participants presented  activities from their Nature Clubs. A message from India's Prime Minister, the Honorable Mr. Narendra Modi was delivered by Ms. Agrima Verma. Prime Minister Modi's personal message to the expedition participants, urging them to save the environment, was particularly affecting.