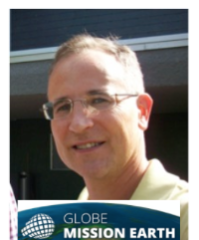 
August 16, 2012 Yesterday after we arrived in Frankfurt, we walked around the city. It is an amazing city. It is big enough that there is a lot of business but it is small enough that the streets are not clogged with cars. Maybe one of the reasons is that so many people ride bicycles. There were bikes everywhere. Sometimes the people walking have to be careful not to get run over by the bikes. We went down to the old part of Frankfurt which is near the River Main. The old town area is very cool to visit. I found it interesting that much of the old town had to be rebuilt...

Exotic Plant Invasion Part II: Origin and History of Tree-of-heaven in the US and Japan and initial research results
By Rico Gazal, posted 03.08.12 14:26


Tree-of-heaven ( Ailanthus altissima ) is spreading widely throughout West Virginia and threatening the native forest ecosystems in Appalachia.  This invasive plant was introduced to the United States from China in the 1780s. The same exotic tree species was also introduced to Japan in 1860s but is not aggressive in this country. In Japan, particularly in the Kyushu Island, tree-of-heaven is rarely found in natural forest ecosystems but a few trees may be found growing in university campuses (i.e. Kyushu University), school premises and house backyards. Tree-of-heaven was initially...


Узнать больше О Exotic Plant Invasion Part II: Origin and History of Tree-of-heaven in the US and Japan and initial research results »


Establishment and proliferation of invasive species in an environment where they were introduced is becoming a worldwide problem. During my trip to Kyushu University in Fukuoka, Japan in 2008 for a research fellowship, I was able to observe the same plant species that is also considered invasive in the United States. It is called the tree-of-heaven ( Ailanthus altissima ). This trip initiated a project involving a more in-depth investigation of the competitiveness of Ailanthus as an invasive plant. With the involvement of undergraduate students in the Department of Land Resources at...


My student, Kaitlin, presented her GLOBE project at our school board meeting last night!! She also shared her experiences from the GLOBE Program Annual Partner Meeting in Minnesota. There is a nice story about her at www.akronschools.com. You can even leave comments for her. Kids love receiving comments!!  Hint-hint:) I will be leaving tomorrow for my Teacher at Sea research experience with sharks. You or your students (anyone) can follow my blog at www.noaa.gov.


The annual meeting is a blast! Having a student of mine present before an international audience has been such a growing moment for her. I encourage all of you to get yourself and your students to next year's meeting. I've got to get back to work, but thought I would send out a brief message to all of you.