Data collection is the foundation of The GLOBE Program. And it takes a world to contribute the scientific and environmental measurements that help GLOBE fulfill its vision of a worldwide community of students, teachers, scientists, and citizens working together to better understand, sustain, and improve Earth's environment at local, regional, and global scales.

In celebration of Earth Day 2015, and GLOBE's 20th Anniversary, more than 240 schools answered the call to not just count the data, but to make the data count. More than 160,000 measurements were added to the GLOBE database during the Data Entry Challenge that took place over Earth Week (20-24 April). The measurements included both those collected during the week, and those from years past that were not previously entered into the database. (One school, Brazil High, was even able to provide 5-years' worth of measurements!)

All measurements entered were included – except for measurements relating to temperature, moisture, humidity, barometric pressure, and precipitation of the Atmosphere and Pedosphere (soil) investigation areas. Of these measurements, only those taken during Local Solar Noon (LSN) were considered.

The GLOBE Implementation Office recognizes the students and teachers who participated – and their extraordinary efforts in reporting the data, helping GLOBE further promote the teaching and learning of science and scientific discovery.

Students from the following schools have earned special recognition for having contributed the greatest number of measurements in their region per GLOBE investigation area or Earth "sphere."

The GLOBE Program thanks you for digging in and making your data count! 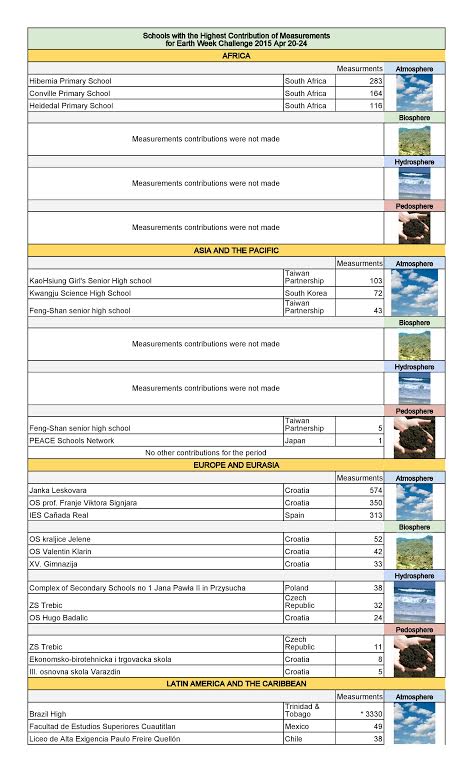 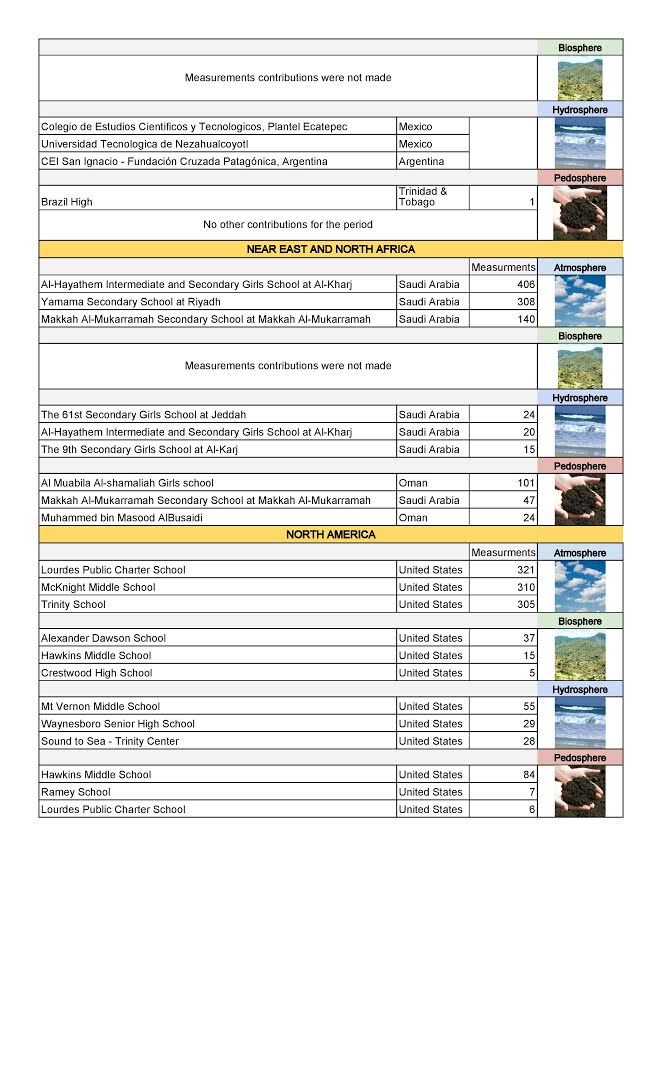