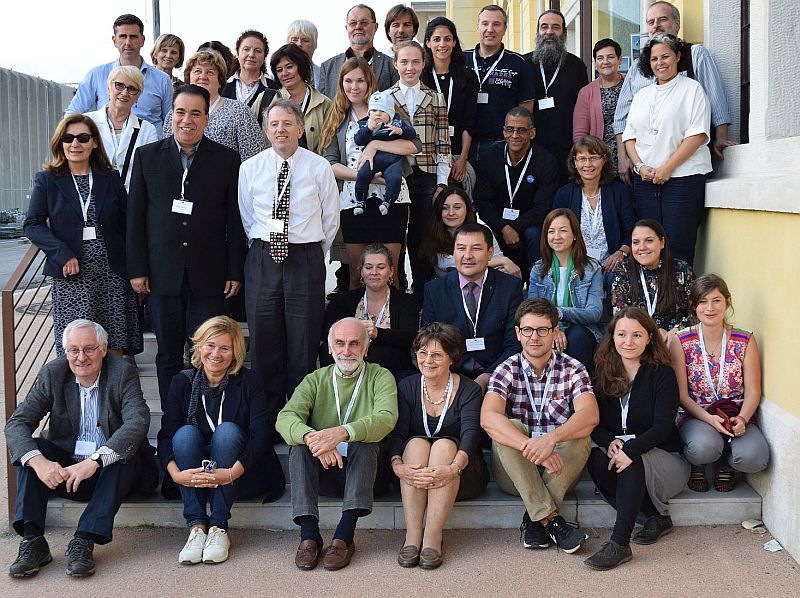 “Address the problems of today and listen to the new generation.” In short, this could be the summary of the 2019 Annual Meeting of the Europe and Eurasia Region community of The GLOBE Program that came together for a week to Trieste, Italy.

The Country Coordinators meeting took place on the first two days of the event. Professor Stefano Fantoni, the President of the International Foundation for Trieste (FIT), opened the meeting and talked about the festival of the “ESOF" (EuroScience Open Forum) that is being organized in Trieste in 2020, with extensive collaboration of scientists and public from many countries. Professor Fantoni, who attended the presentation of The GLOBE Program, presented by GIO Director Dr. Tony Murphy, expressed great interest in the project. 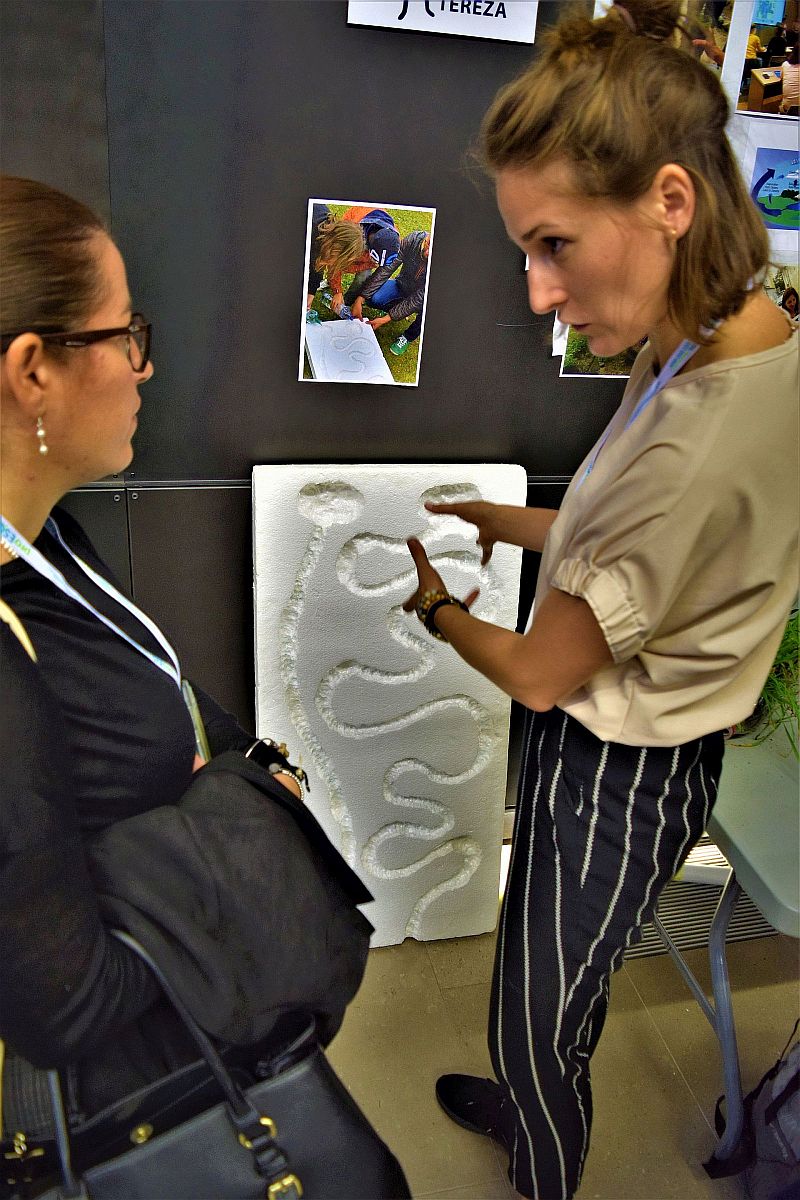 In addition to the Country Coordinators meeting, the organizers offered a successful format of a citizen science conference and exhibition market, combined with workshops and a GLOBE school visit. The event was hosted by The GLOBE Italy team at the special location of the former hydrodynamic power station of the Old Port of Trieste, with the support of the ESOF.

Altogether, 24 countries, including Italy and the United States, were represented by 26 Country Coordinators (and Deputy Country Coordinators) and accompanied by trainers, scientists, teachers, education experts, GLOBE alumni, U.S. Embassy representatives, and even students for some part of the program.

At the conference “The GLOBE Program, Citizen Science and Climate Change connections” opened second part of the week. There, scientists showed how they involve the general public in contributions to the research (for example through smartphone apps), be it tracking down invasive species, or observing clouds or changes in vegetation. The conference was open to the GLOBE community, as well as to teachers and students from local schools, bringing audience participants close to 130 people. A "Welcome" speech was done by Ms. Paola Rodari from FIT, who presented ESOF in detail, calling for the participation of a GLOBE Program representative. 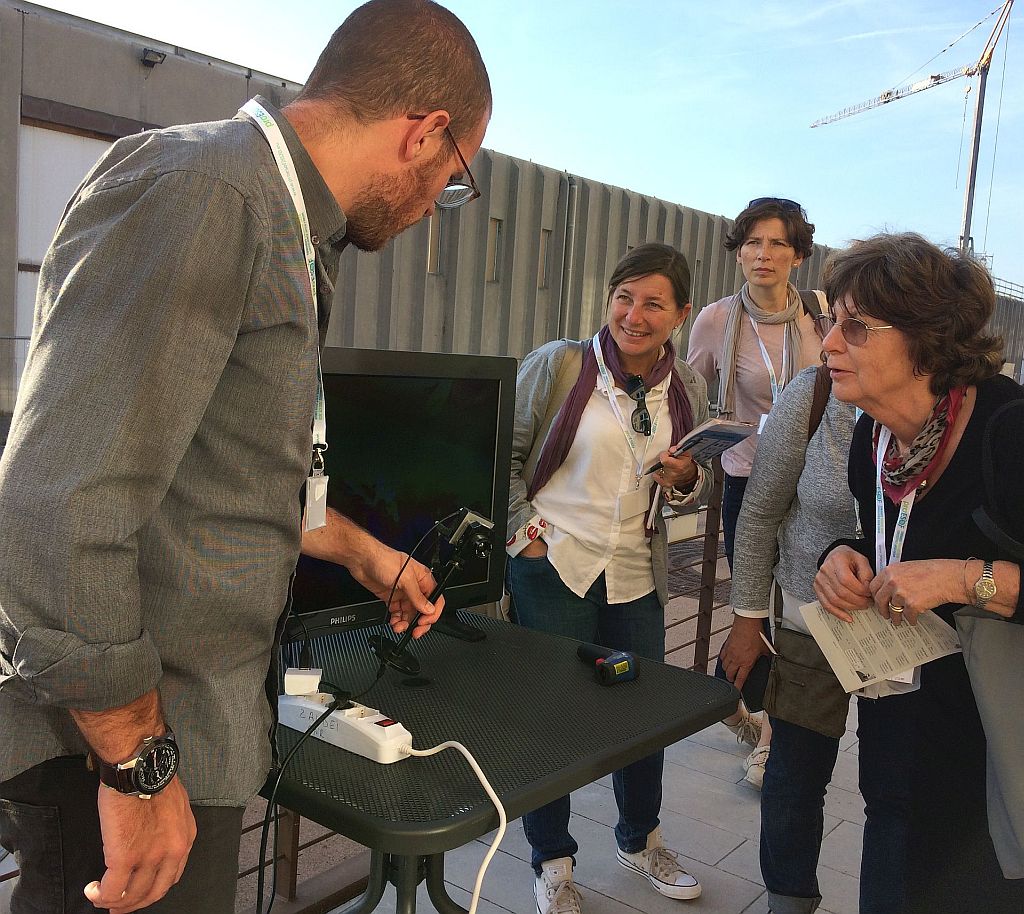 As a part of the conference, coordinators, scientists, and teachers showcased their activities at the market exhibition, which provided a perfect opportunity for both hands-on learning and networking. Following the market, various workshops and trainings were prepared for participants by GLOBE trainers and scientists. Workshops were focused on important environmental issues and science topics, such as drought, urban heat islands, invasive species, reaction of vegetation to climate change, and the importance of the global carbon cycle. These were connected to related GLOBE investigations or apps that may help people to learn about science or track down the changing environment. 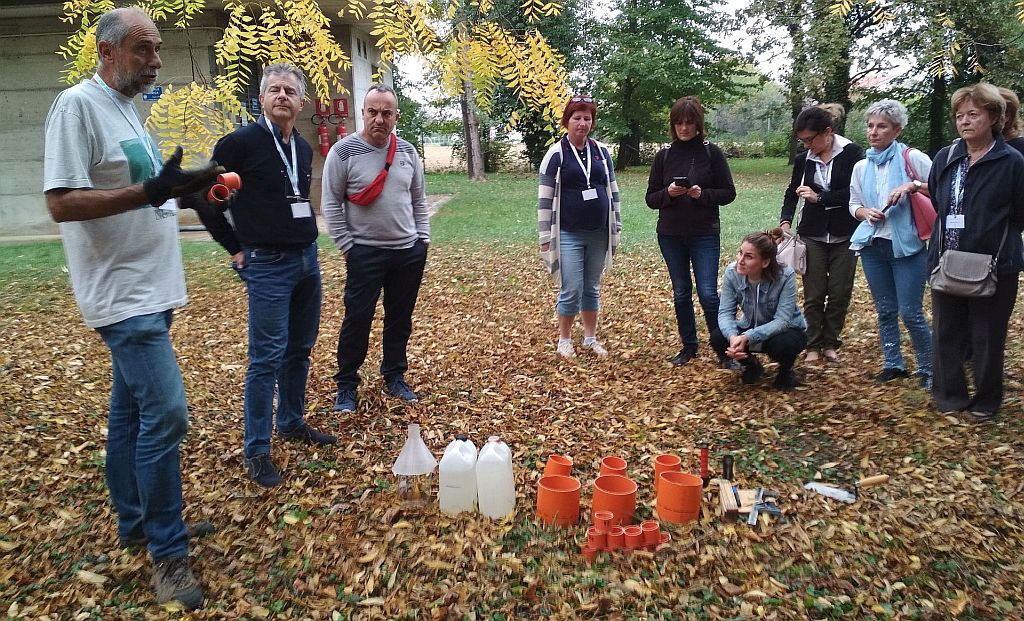 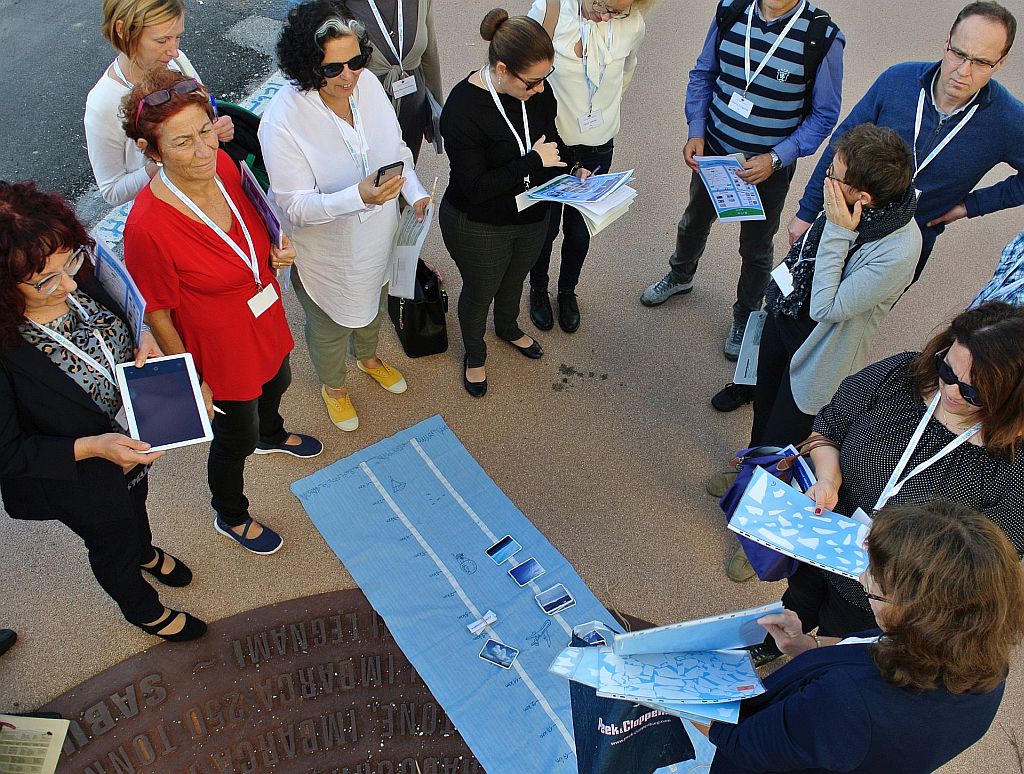 The next day, more than 60 participants visited two schools: first, primary school G. Garibaldi in Fiumicello, where students lead performances on science, environment, and security -- including instruments they made, a song on photosynthesis, and exhibition of posters on different GLOBE topics. The audience was delighted! Second, was a leading GLOBE school - IIS „ Bassa Friulana, a Senior High School in Cervignano del Friuli, where students guided an excursion and talked about their research on water quality and microcosm devices to determine soil retention capacity. 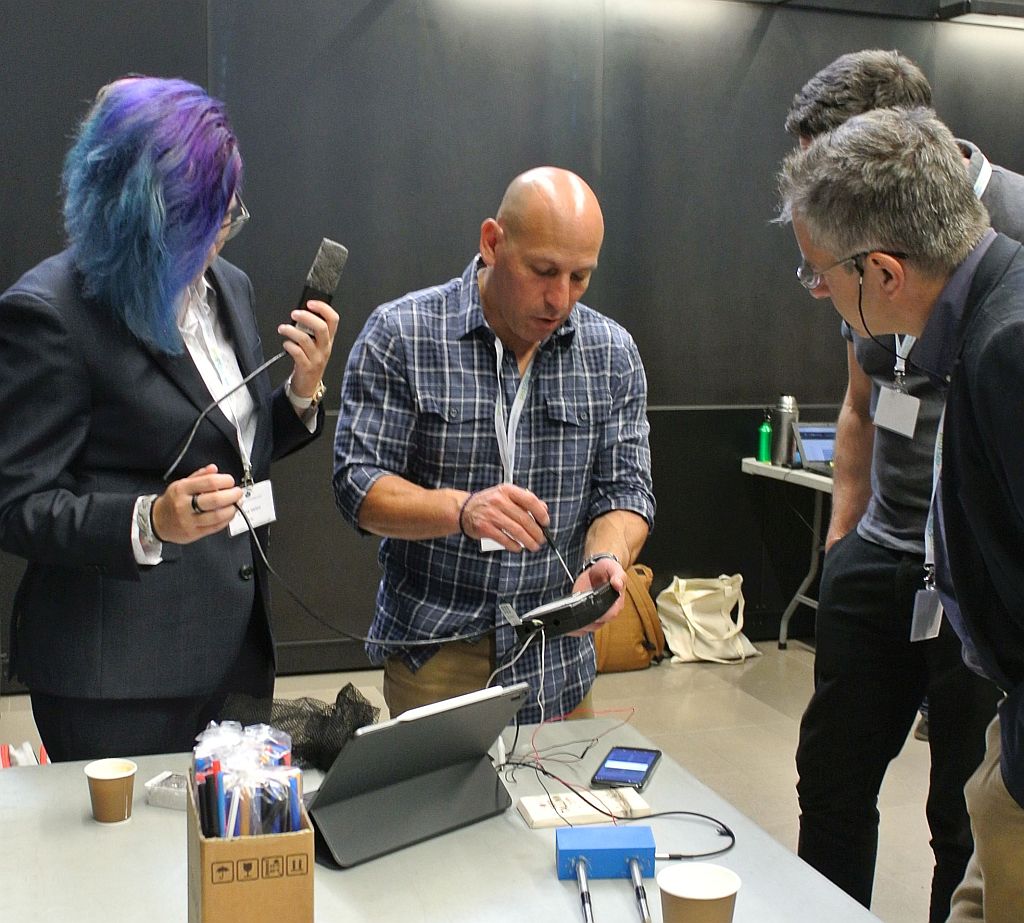 In addition, NASA experts had the opportunity to speak in a few schools and to visit a "Hackathon" about sustainability issues and on landscape protection in Cervignano del Friuli.

The GLOBE community spirit was reflected on a novelty video made by the GLOBE Italy Media Team, by assembling the self-portraits that 31 participants had sent in the weeks preceding the meeting. 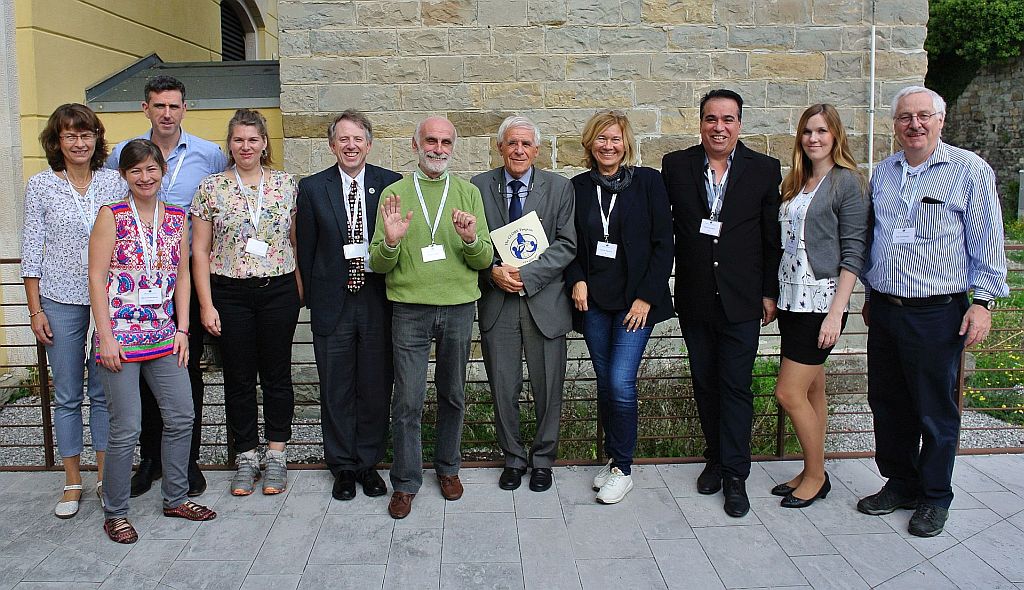