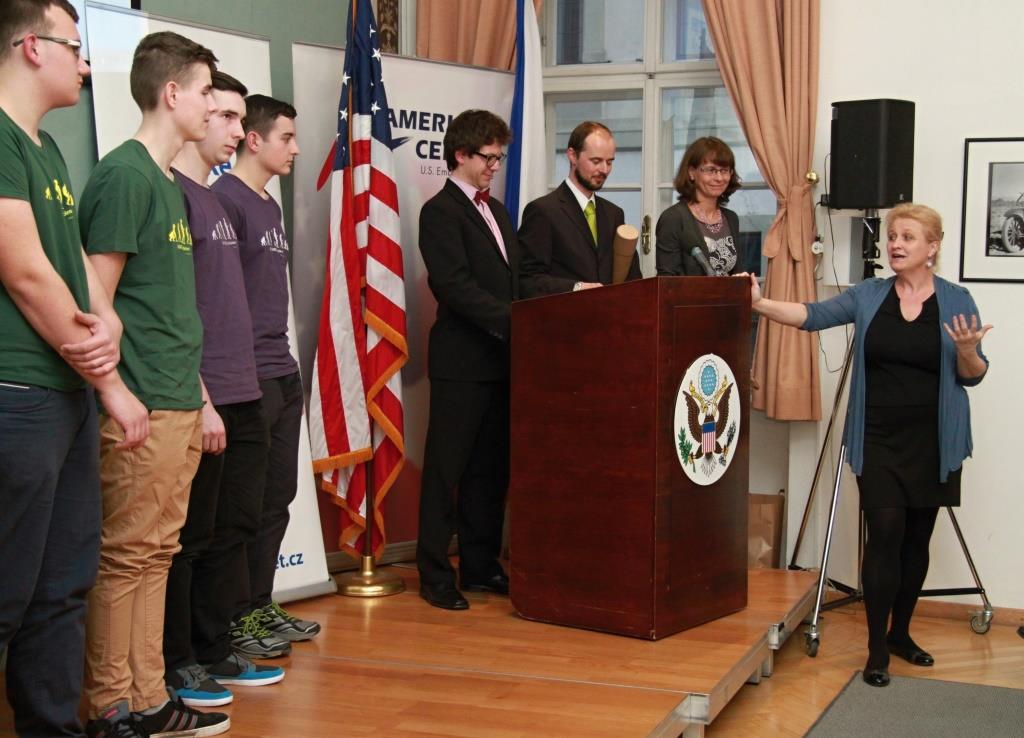 Already a second year of Czech GLOBE Star awards took place on 28 February at the American Center, US Embassy in Prague.  The most active GLOBE schools were awarded for their amazing work in the GLOBE Program in the ceremony that was held under the auspices of US Embassy.

All awarded Schools received diplomas from the members of the Scientific Board of TEREZA Educational Center and from Regional Coordination Office of Europe and Eurasia, which also presented news in GLOBE Program. "We are delighted. We all had also our moment of glory back in our schools”, commented Jana Divisova, teacher form ZS Delnicka after coming back to her school.

Congratulations to all awarded schools!