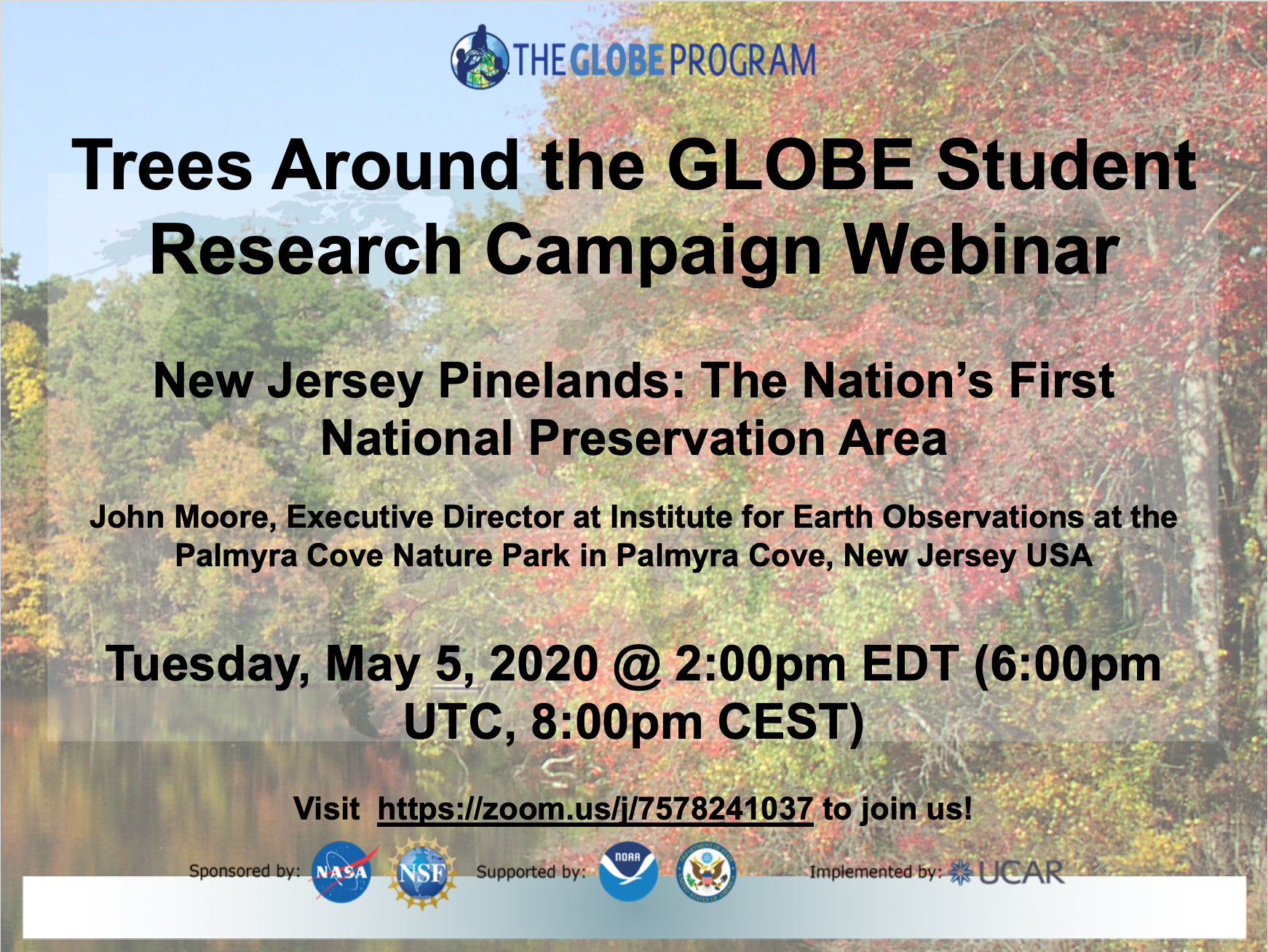 The Trees Around the GLOBE Student Research Campaign webinar “New Jersey Pinelands: The Nation’s First National Preservation Area,” will be held on Tuesday, 05 May, at 2:00 p.m. EDT (6:00 p.m. UTC).

Congress created the Pinelands National Reserve (PNR) through the passage of the National Parks and Recreation Act of 1978. Mr. John Moore, Executive Director at the Institute for Earth Observations at the Palmyra Cove Nature Park, will discuss how the PNR is listed as the first National Reserve in the nation. (The PNR is approximately 1.1 million acres and spans portions of seven counties and all or part of 56 municipalities.) The reserve occupies 22 percent of New Jersey's land area, and it is the largest body of open space on the Mid-Atlantic seaboard between Richmond and Boston (Source: NJ Pinelands Commission). The PNR is also home to one of the nation's largest freshwater aquifers, 17.7 trillion gallons, and is home to numerous endangered species and plants.

To learn more about Trees Around the GLOBE campaign webinars, click here.

To learn more about the Trees Around the GLOBE campaign, click here.