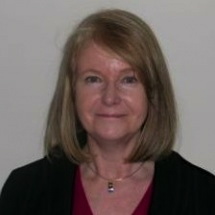 The GLOBE Implementation Office is pleased to announce the appointment of Lyn Wigbels, as GLOBE International Coordinator. A lifelong friend and supporter of GLOBE, Ms. Wigbels was active in GLOBE governance since its inception in 1994 when she served in a variety of management roles including Deputy Director and Director of International Programs. Through 2003, she supported the Director on the overall launch and development of GLOBE bringing more than 100 nations and international organizations, including United Nations organizations, into the program and working with them on GLOBE implementation.

Ms. Wigbels has more than 15 years experience as a senior government executive at NASA in policy and programmatic arenas and more than 25 years experience in developing and managing international programs. Beginning in 1979, she was a member of NASA's International Affairs Division where, she developed and negotiated numerous international space cooperation agreements. She developed the International Space Station agreements governing cooperation with Europe, Japan and Canada and was a member of the agency-level and government-level negotiating teams. She was responsible for establishing a bilateral partnership with Italy on the Space Station and led the U.S. negotiating team. From 1988 to 1994, she was Director of Policy and Plans for the Space Station, managing the implementation of the international partnerships. Ms. Wigbels retired from NASA in 2003 and continued to represent GLOBE at UCAR in Washington from 2003-2005.

Lyn Wigbels currently is President of RWI International Consulting Services providing aerospace consulting. She is the President of the American Astronautical Society and also serves as Vice Chair of the Future Space Leaders Foundation dedicated to helping advance the next generation of space and satellite industry professionals. She has just completed a four-year term as the International Astronautical Federation (IAF) Vice-President for Youth and Workforce Development Activities.

In this new capacity as GLOBE International Coordinator, Ms. Wigbels hopes to increase and enhance international participation in GLOBE. Ms. Wigbels attended the GLOBE Learning Expedition in New Delhi, India, last month, where she was able to re-engage with GLOBE's energetic students and committed teachers, scientists and partners. "I am delighted to be returning to The GLOBE Program to further its critical science, education and environmental goals by broadening and deepening the program's worldwide footprint.  GLOBE Partners, teachers and students are very dedicated and inspiring, as I witnessed again at the recent GLE in India, and I am so happy to once again be involved with them in this awesome program."