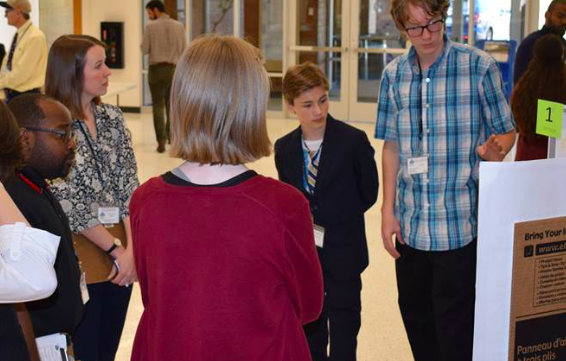 On Friday afternoon the teams checked into the North Hedges dorms at Montana State University, a first for most students, followed by registration and dinner at the Strand Student Union Building on campus.  The symposium was kicked off Friday evening by keynote speaker Loren Acton, who shared his experience as a NASA astronaut on the Spacelab 2 (mission STS-51-F) on the Challenger space shuttle. His talk included his biggest mistake and what he learned from it. “I used to not talk about this, but I’ve learned that telling students about it and how to grow from mistakes is a big benefit,” Acton told the students.

Due to a torrential rain storm (which caught many teams by surprise), the group decided to stay inside and play some ice-breaker games. In “string toss,” attendees tossed a ball of yarn around several times and participants gave random facts about themselves. The first toss-around facts shared were pretty generic, second time around the group members were more open and enjoying themselves. At the conclusion, it was pointed out how we are all connected, just as the yarn was, which made a great visual. The next ice-breaker played was “appointment/interview” where participants were given a 3x5 card and made 4 appointments with other participants.  When the bell rang, people found their 1:00 appointment and needed to interview that person. There was a list of sample questions such as:

Teachers commented that this was a good ice-breaker because it got the students used to asking and answering questions and prepared them for the poster session peer and scientist reviews. The last ice-breaker was “bomb diffusing” where a box was put inside a taped off area on the floor. Participants were put into new teams and given time to figure out how to get to the box and get it out without stepping inside the taped off area. It was fun to watch the interactions between the students and adults. Luckily the box was full of candy, a nice send off for the evening. 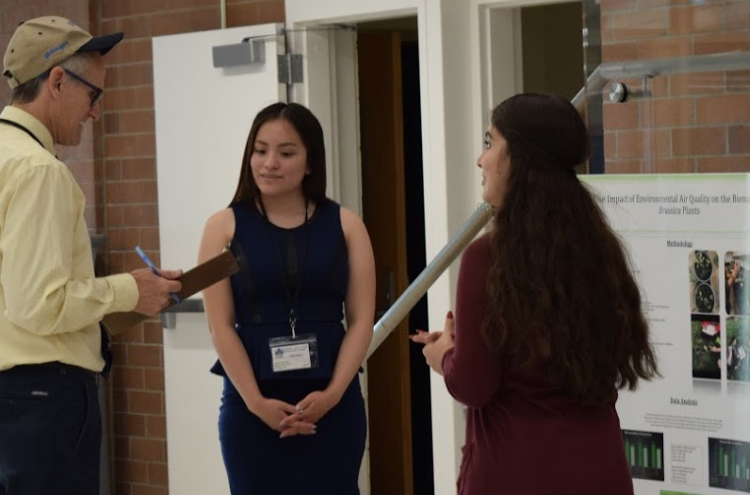 Saturday morning teams gathered at Miller Dining Hall for breakfast.  The sun had come out making for a nice walk across campus to Barnard Hall where the students set up their posters inside the newly renovated atrium. Student projects were reviewed both by their peers, local scientists, and members of the NASA Advancing Earth Research Observations with Kites and Atmospheric/Terrestrial Sensors (AEROKATS) team. Reviewers included John Bogner from Anasphere, Inc; Rich Wagner from Metro State University, a GLOBE Partner from the Southwest Region; Willie Brown from the University of Maryland Eastern Shore; Kay Rufty from NASA Wallops Flight Facility and Jonathan Gaines from the University of South Florida.  While the students presented their posters to the reviewers, GLOBE Northwest teachers and Partners participated in a GLOBE Carbon Cycle professional development session led by Elizabeth Burakowski of the University of New Hampshire. During the deliberations by the reviewers, students and teachers were treated to a talk about the moon and were able to hold some lunar samples from the Apollo Lunar sample education disk and the Meteorite sample education disk. 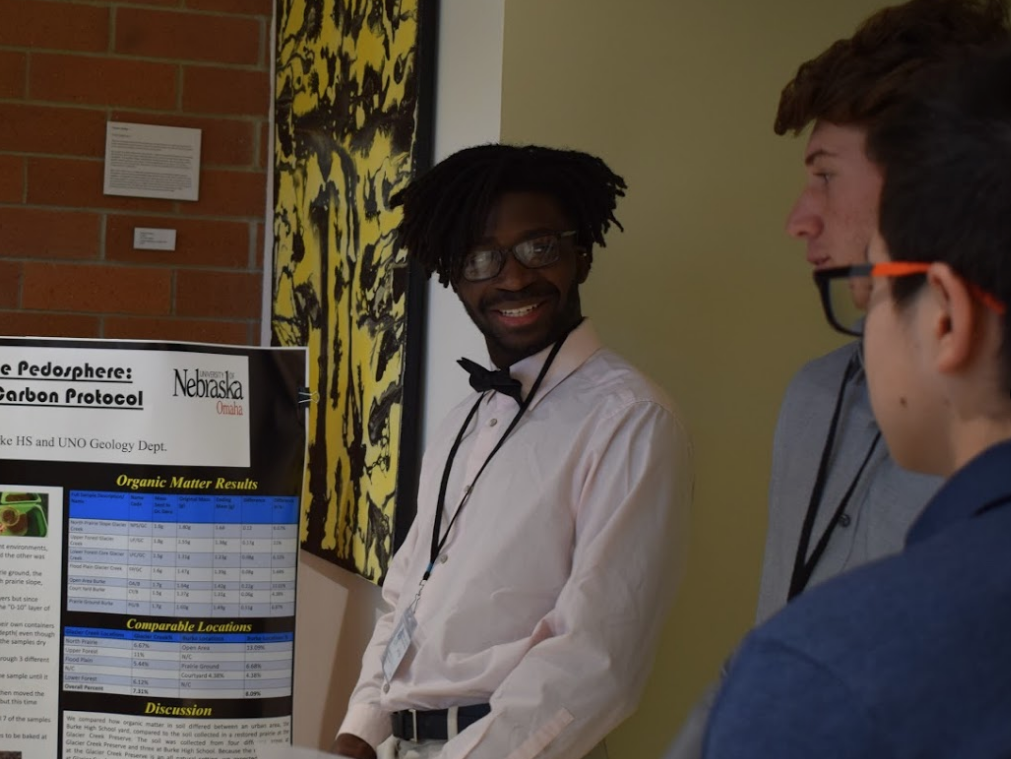 The recognition celebration took place in the Barnard Hall Atrium. Elizabeth Burakowski handed out the participation medals and crystals to selected teams. See the project titles and recognition categories here. 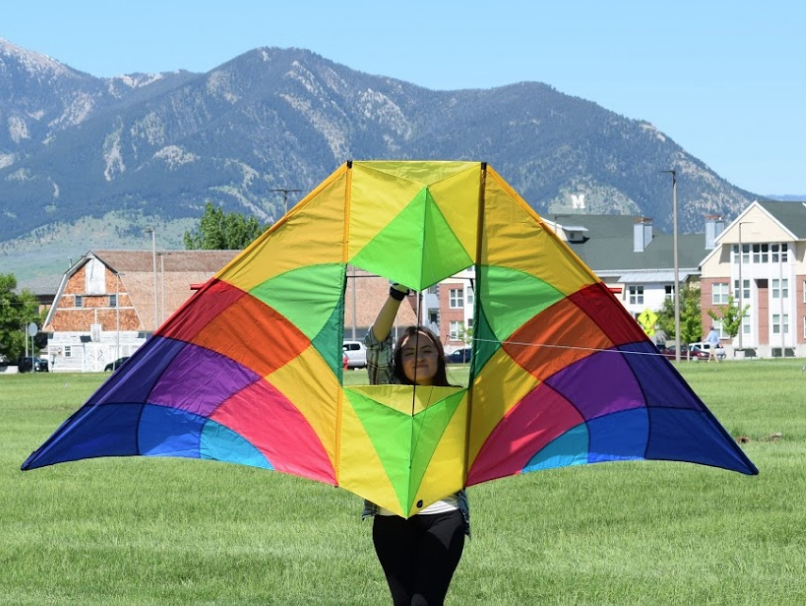 With many flying out early on Sunday morning, the group said farewell after dinner and a few yard games out in the Commons.  In a few short hours the teams had bonded and it was difficult to say goodbye to our new friends.

The Northwest SRS agenda is available here, and check out the SRS media page for photo highlights of the event.

“[The SRS] improved my understanding of the scientific method and how to present. I was able to share my ideas in a safe and non-judgemental environment.”