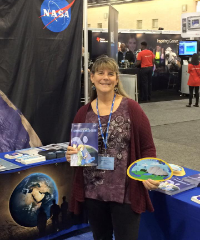 
Did you know that NASA satellite data is being used to predict,monitor, and respond to vector-borne and water-related disease around the world? Imagine the value of using both GLOBE ground-based data; such as precipitation, vegetation, soil moisture, surface temperature, and humidity; to help us better understand disease! As you think about what you might like to research for the next school year, consider using NASA satellite data along with your GLOBE data to investigate various aspects of water-related and vector-borne disease. You can learn about the research conducted ...


GLOBE teacher Vicky Gorman and her middle school students have been working hard to help reduce the threat of mosquito-transmitted disease in their region. Before they began to use the Mosquito Habitat Mapper, they did some research to find out which mosquito-transmitted diseases are found in their location. They live in Burlington County, New Jersey, outlined in red below.  Based on a brochure produced by the NJ government about mosquitoes in their state, the students found out that the two most prevalent diseases transmitted by mosquitoes are West Nile virus and Eastern ...


From June to August, Center for Education and Development (CED) colorable with Vietnam National Space Center (VNSC) to deployment new project "GLOBE Zika Education and Prevention". The GLOBE Zika Education and Prevention project will be pushing the edge of citizen science impact, aiming to enlist thousands of students, teachers, and community leaders to collect data on mosquitoes for a global mapping project.  This project has an ambitious target of 100,000 data submissions contributed by the end of 2019.  Global data collection on this scale will provide the information needed ... 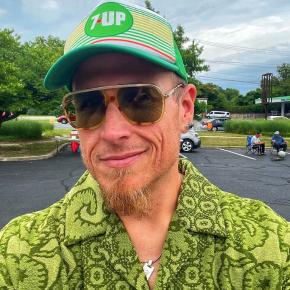 
Greetings from NASA and the ICESat-2 Satellite Mission,   As you may know, the NASA Ice, Cloud, and land Elevation Satellite-2 (ICESat-2) will launch from the Vandenberg Air Force Base in California on September 15, 2018. ICESat-2 will be a satellite that will use an on-board laser system to measure the height of Earth’s ice, trees, oceans, geographic features, among others.   For several days before the launch, the ICESat-2 Outreach Team will be conducting many pre-launch activities, near the launch site, that showcase the ICESat-2 Mission. One of these events, in ... 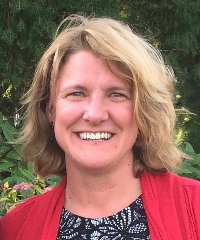 
I've been working with a fantastic group from New Hampshire to provide professional development for educators for years. This year, we've spent a considerable amount of time on the pedosphere, from wetland soils to forest and grassland soils. We've talked about why trees go where they do and all the critters, both macro and micro, that spend time in soil. I've listed some of my favorite resources below but please add your own and let's grow the list: NRCS posters, guides, lesson plans and games Training materials from NRCS Traveling Soil Tent: ...