Students and teachers from seven countries "met and measured" for four days during the "GLOBE Learning Expedition" in Vang, Norway, Sept. 5 - 8. It was the largest GLOBE event of the year, with participants coming from Estonia, Finland, Iceland, Latvia, Norway, Poland and the Czech Republic. 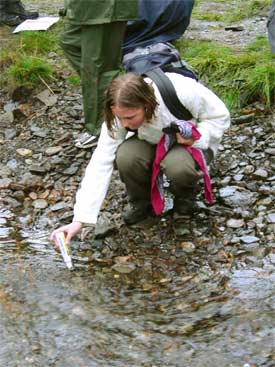 Students also shared photographs of their countries' natural beauty, as well as songs and dances. Along with GLOBE measurements, students took hikes and swung on ropes to cross over rivers, an activity billed as "riverdance."

Vang and Rogne, two Norwegian schools that have consistently made the Chief Scientist's Honor Roll, hosted the event. Norway's Country Coordinator Karl Torstein Hetland hailed the schools' efforts. "The event was excellently organized by Vang and Rogne, with over 100 volunteers," he said. 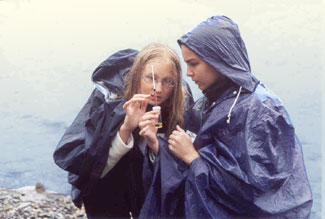 "It has been a great experience to host the GLOBE Games this year, with so many happy students and teachers," Hetland continued. "Perhaps the most important thing we can do in the GLOBE Program is to let students meet and get to know each other, and at the same time focus on the environment."