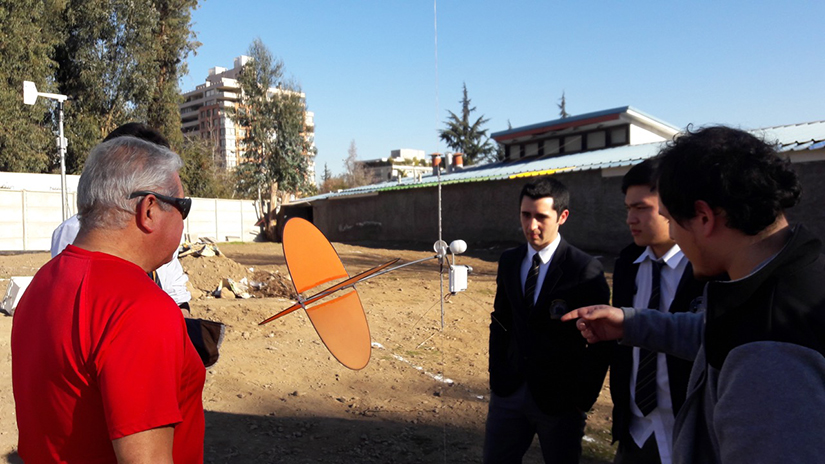 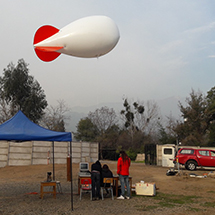 Santiago, Chile is home to approximately 7 million people and experiences pollution (particulate matter) in concentrations above the acceptable Chilean regulations.  A major portion of the composition of this contamination is from black coal and its use in transport and home heating. Black coal can absorb solar radiation in the visible range of the wavelength. This impacts the hydrological cycle through changes in the atmosphere and in the composition of snow.

Between 28 June and 2 July, 2016, Professor Nicolás Huneeus, Ph.D., conducted a meteorological campaign within the city of Santiago. (Professor Nicolás Huneeus Ph.D. hails from the Laboratoire d'Optique Atmosphérique, Université de Science et Technologies Lille, France. Huneeus is currently an academic in the Department of Geophysics of the Faculty of Physical and Mathematical Sciences (FCFM) at the University of Chile.)

The campaign involved a cycle of measurements that were carried out simultaneously at three sites.  The sites were located at Campus Lo Barnechea -- Lincoln International Academy, La Hermita (road to Farellones), and Park Yerba Loca (curve Nº 15, road to Farellones). Each measurement site was equipped with a weather station, which recorded the standard environmental parameters of temperature, atmospheric pressure, relative humidity, wind, and wind direction.

The Lincoln International Academy actively collaborated in the logistics of the campaign. GLOBE students led by teacher Hernán Costabal M.Sc. (North Dakota State University, USA) participated in the installation of the weather station at their site. They also participated in the measurement area, technical observations regarding the captive zeppelin and logging instrument modes for the record.

“We carried out the measurements in order to verify the potential transport of black coal and its impact on the Andean cryosphere” said Costabal.

Lincoln International Academy has been an active participant in the integration of such activities involving science and nature, while promoting field activities, experimental and applied laboratories, study trips, workshops, outdoor activities, and social projects.

During the experiment period, PM10 was recorded; as well as PM2.5 and PM1 (particle sizes of 10, 2.5, and 1 microns). These measurements were made using the captive zeppelin. This zeppelin is also able to record the vertical profiles of black carbon and the standard meteorological parameters. The profiles were obtained every three hours during the campaign, night and day, and at a maximum height of 1,000 meters.

In addition, the students from the Lincoln International Academy interacted with the technical team responsible for the measurements. This enriched their knowledge regarding atmospheric pollutants, scientific instruments and data recording.

“The data obtained and registered at the campus will be shared and used by our research team in order to complement and enrich the results obtained under the application of the GLOBE Program research protocols” added Costabal.

He continued: “The experience has been innovating and encouraging, and in the words of student Ignacio Soto: ‘For us, this project has been very interesting and entertaining at the same time, because through this we able to learn new things. This experience has motivated us to continue working as we know we can contribute to important scientific research of great environmental and social impact’”

Also of interest to the project, the GLOBE students at Lincoln International Academy are building a solar photometer under the technical supervision of a scientific team conducted by Professor Roberto Rondanelli, Ph.D. (Massachusetts Institute of Technology, M.I.T.)  He is also an academic in the Department of Geophysics, (FCFM) at the University of Chile.

The purpose of this activity is to strengthen atmospheric research, specifically with regard to aerosols. The activity is part of an initiative that entails building low cost photometric equipment with Arduino robotic support. Since last year, Arduino robotic support is being developed within the pre-service chapter of GLOBE Chile, with contributions from the University of Chile, University of Sciences of Education, and University of the Americas conducted by IMT Raúl Pérez, Technical Coordinator and Deputy Country Coordinator of the GLOBE Program in Chile.

“The GLOBE Program allows students to learn, communicate and work collaboratively to solve problems.  This makes the learning of science an active process, and allows students to acquire the necessary skills needed for the use of new technologies, data management, information processing, analysis, synthesis, representation, approaching the real work of a scientist or engineer" concluded Costabal.

These are the first serious working experiences and interactions between scientists and secondary school students since the re-launch of the GLOBE Program in Chile (2014), and was mediated by Professor Hernan Costabal.