As part of the GLOBE Zika Education and Prevention Project, nine countries from the Asia and Pacific Region (India, Marshall Islands, Micronesia, Nepal, Palau, Philippines, Sri Lanka, Thailand, and Vietnam) are conducting Country Mosquito Trainings (CMTs). The goal of these CMTs is to train public health officials, teachers, and community leaders on how to use the Mosquito Habitat Mapper (found within the GLOBE Observer app) to limit the spread of mosquito-borne disease. Participating countries are quickly moving forward on this effort, having already conducted 30 CMTs throughout the region.

Funded by the U.S. Department of State, this exciting project enlists citizen scientists from 27 countries in Zika-affected regions in the collection and mapping of mosquito data.  CMTs are the second round of trainings for this project, following Regional Mosquito Trainings (RMTs), which occurred in GLOBE’s Latin American and Caribbean, Asia and Pacific, and Africa regions earlier this year.  RMT participants were trained in how to safely collect mosquito data using the Mosquito Habitat Mapper, as well as how to carry out CMTs.  All of the CMTs taking place around the globe are the result of engaged GLOBE participants who were trained at the RMT level. This approach is known as a “train-the trainer” model, and is central to the success of the GLOBE Zika Education and Prevention Project.

The Asia and Pacific Region is well into the CMT process, having already trained approximately 900 people in the use of the Mosquito Habitat Mapper. One recent training in the Philippines was conducted in conjunction with the “Smart City Summit,” which was held in Quezon City on 18 October 2018. The audience included national and international government officials, members of the business sector, non-governmental organizations, and the general public.  As exhibited by the Smart City Summit, CMTs can be carried out in partnership with existing trainings and events, which enables even more people to be trained in the Mosquito Habitat Mapper.

Training is also occurring outside of official CMTs throughout the region. From 02-08 October, 44 students and teachers from Taiwan, Oman, Thailand, India, and Nepal participated in the Lake Pokhara Expedition in Pokhara, Nepal.  This scientific and cultural exchange, coordinated by the Regional Coordination Office for the Asia and Pacific Region (in association with Indian Environmental Society, and in collaboration with Environmental Camps for Conservation Awareness) trained participants in the Mosquito Habitat Mapper, as well as in the use of GLOBE hydrology, soil, and atmosphere protocols. 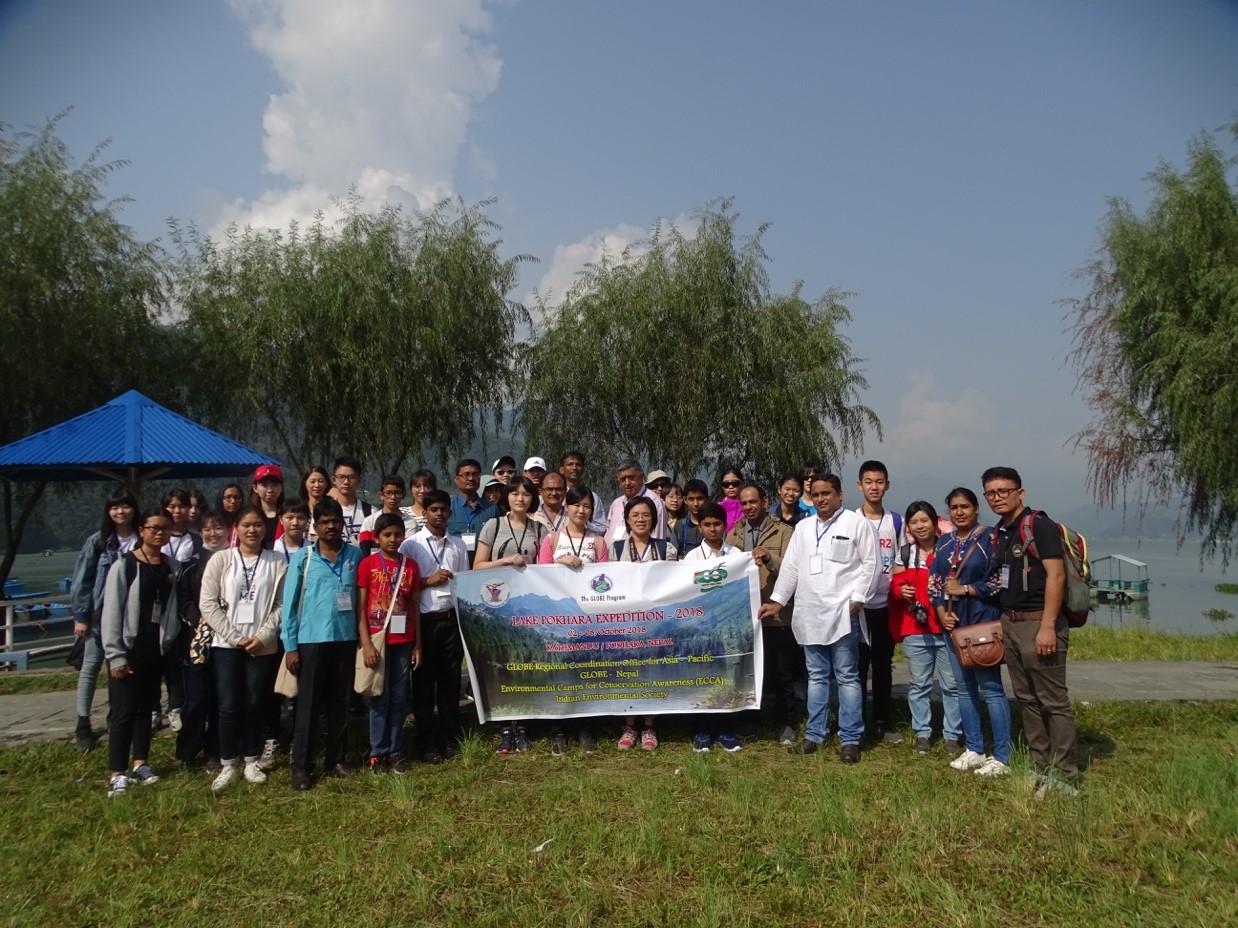 The GLOBE Zika Education and Prevention project continues to move forward, following the train-the-trainer model in the Asia and Pacific Region.  After completion of their CMTs, countries will begin to conduct Local Mosquito Workshops (LMWs), furthering the education of local community members in vector-borne disease prevention.

To learn more about this critical project, click here.